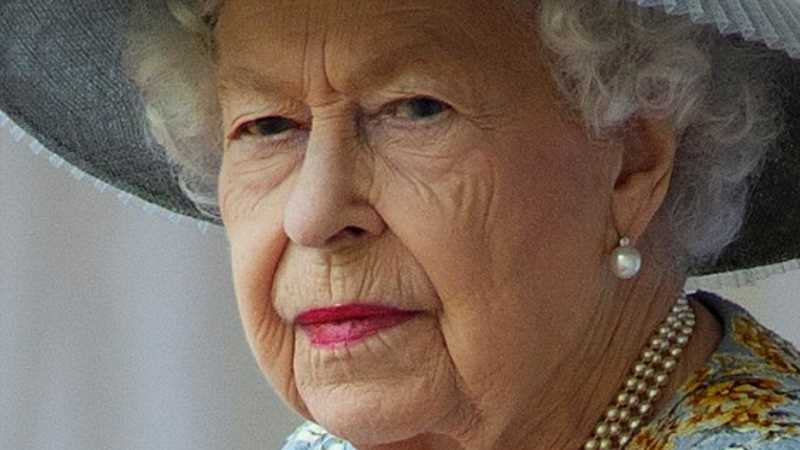 Queen Elizabeth II turned 95 on April 21, but tradition dictates that she celebrates her official birthday on the second Saturday of June. According to BBC, King Edward VII decided it would be wise for the reigning monarch’s official birthday to be combined with an annual summer military event. Since his own birthday was in November, he figured that the public would enjoy a celebration in the warmer weather. Thus, the birthday parade tradition was born. The queen’s birthday parade is usually a festive event with at least 1,400 soldiers, 400 musicians, and 200 horses taking part in the action. However, this year’s celebration was significantly scaled down because of the coronavirus pandemic.

Just like in 2020, the activities were toned down because of COVID-19 restrictions. The outlet reports that, in addition to the usual Trooping the Colour fanfare, Queen Elizabeth II’s birthday parade would also be “formed by soldiers who have played an integral role in the NHS COVID-19 response, as well as those who have been serving on military operations overseas.”

The queen’s official birthday also differed in one key respect. This was the first time that she did not have her spouse of 70 years by her side. She’s still in mourning after the death of Prince Philip, but in typical British fashion, she kept her chin up as the mini-celebration continued. So, who accompanied Queen Elizabeth II at her birthday parade? Keep reading to find out who supported the monarch. 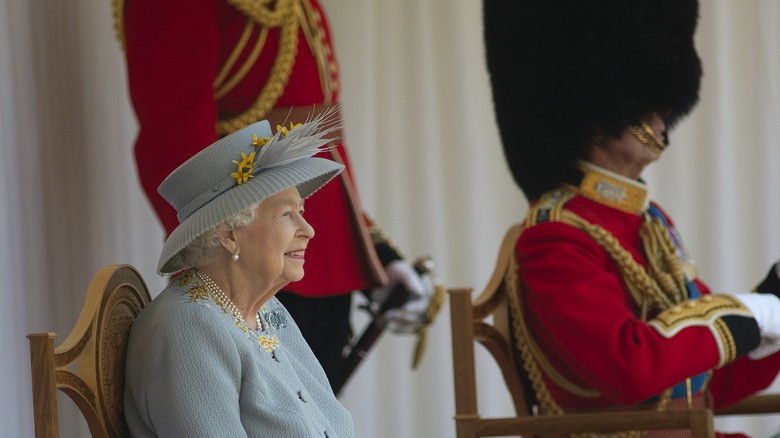 Queen Elizabeth II put on her brave face and celebrated her birthday with a mini version of Trooping the Colour. Her first cousin, the 85-year-old Prince Edward, Duke of Kent, accompanied her to the celebration, per People. Together, they watched the Scots Guards lead the birthday parade at Windsor Castle.

According to People, the queen chose a royal family member for companionship on this prestigious occasion. Charles Anson, who previously worked as the press secretary for the British monarch, revealed, “She has an enormous amount of family support for her and will also take comfort from the enormity of the support from all over the world.”

The Duke of Kent, therefore, seems like a logical choice for the grieving widow.  Even though the celebration took place only two days after what would have been Prince Philip’s 100th birthday, Queen Elizabeth set aside her grief to put the public first. And it seemed as if she enjoyed the day, too. Leading military organizer Garrison Sergeant Major Andrew Stokes told the outlet about her love for the quick march tunes and familiar folk songs, such as “Les Huguenots.” “I have the privileged position of being stood immediately behind Her Majesty at this point and it is quite clear that [she] enjoys this particular sequence of the parade. I have unforgettable memories of seeing see Her Majesty foot-tapping to these memorable tunes,” he said.