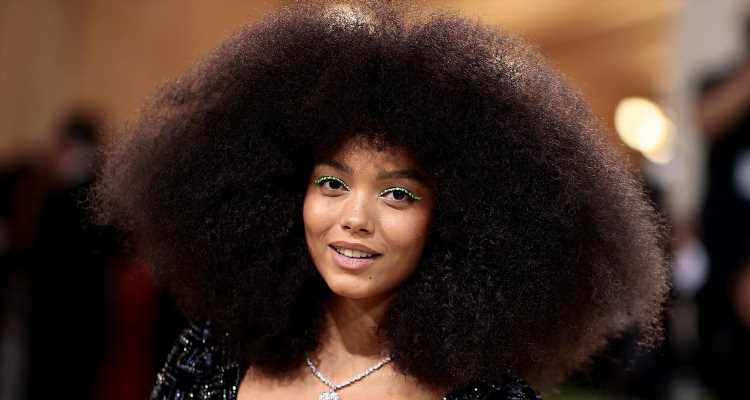 The 18-year-old plays Zoya Lott on the revival series, the new freshman at Constance Billard, who also happens to be the most popular girl, Julien Calloway’s little half-sister.

It’s no secret at this point that the identity of who is behind Gossip Girl was revealed in the first episode of the revival, unlike the original series.

In a recent interview, Whitney shared her thoughts on the identity being revealed so soon and how she reacted.

“That catches you off guard, right? I read the script and I was like what, why do we know it from the very beginning,” she told The Laterals. “But I think it’s different once you think about it as an audience member. It lets them in on a secret that the cast doesn’t know about. It feels more personal.”

Whitney also opened up about getting so much attention in public now. Though she has been on other shows, Gossip Girl is her big breakout role.

“I think the only case when I’m having a hard time is when I’m at events or trying to support friends. People are talking to me instead of focusing on what the event is about,” she shared. “I don’t do good with attention. Or big groups. I just kind of stick to being quiet and don’t speak unless I’m spoken to. (laughs)”

If you didn’t know, Whitney is currently filming this upcoming, long-awaited sequel!

ICYMI: Find out which OG Gossip Girl stars were in episodes of the new series.