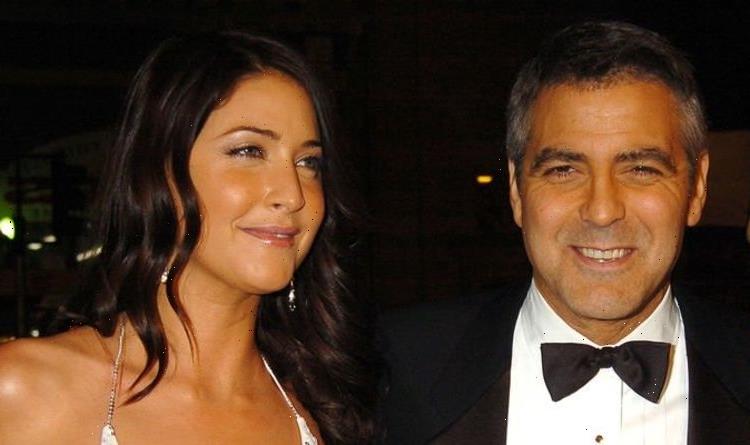 Lisa Snowdon details the symptoms of her early menopause

Lisa Snowdon will appear on an I’m A Celebrity special of Catchphrase alongside Sair Khan and Jordan North this evening. Ms Snowdon has enjoyed success as a television and radio presenter and fashion model, and she has also become friends with Hollywood’s biggest stars. This included an on-off relationship with George Clooney which lasted for five years after meeting on the set of a Martini advert in 2000. The high profile relationship attracted attention, and this led to awkward moments, Ms Snowdon once revealed.

She told The Mirror that many people have asked about very private information regarding Mr Clooney.

Ms Snowdon said: “People actually ask me what he was like in bed, usually after a few drinks have made them brave.

“I sometimes think it will be written on my tombstone – ‘George Clooney once dated Lisa Snowdon.'”

Ms Snowdon told Hello magazine in 2011 that she is still on good terms with Mr Clooney despite the split.

She said: “We’re friends. I got back with George a couple of times, and have also got back with other exes, because sometimes I’ve felt like it’s a safer place to go.

“But you do have to realise you split for a reason.”

While appearing on I’m a Celebrity in 2016, Ms Snowdon discussed her friendship with another Hollywood star – Matt Damon.

She said: “He came to my birthday party, he’s really nice.

“I got really close to his wife when I was dating somebody else, he’s a good dude, and we’ve stayed with him and stuff.”

Having starred in I’m a Celebrity, Ms Snowdon gave her view on how to get through the show after Richard Madeley unfortunately had to pull out.

She said: “I read a lot of Deepak’s books and listened to his apps.

“He goes through the alphabet and says A is for abundance, B is for… So I would sometimes have this little chant in my head.

“I’d try to remember all the things he said and zone in on that to keep my spirits lifted.

“I felt quite lonely in there because it’s a long day. You miss contact with people you love.

“As great as the other campmates are, they’re not family or close friends.

“I’d go into meditation when there were spiders and rats, zone out and tell myself, ‘This isn’t going to kill me’.”

She continued: “I am team Frankie all the way because she’s a mate.

“I was in the camp with her husband Wayne, so when I heard she was going into the castle I was like, ‘What?!’

“I would much prefer to be in Australia. No offence to Wales, but this time of the year…

“It’s a super fun experience and you have to throw yourself into it and go for it.

“I didn’t know Frankie was going in, but I’ve sent Wayne a couple of messages.

“She is amazing – down-to-earth, gorgeous, funny and brilliant.”