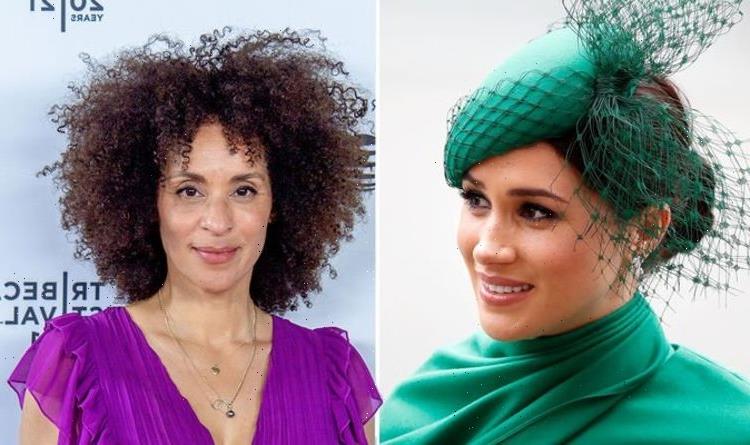 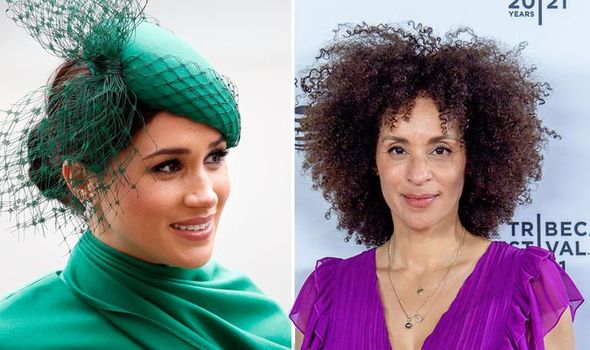 Speaking exclusively to Express.co.uk, Karyn Parsons, 42, who is starring in new family drama Sweet Thing, said that while Meghan Markle, 40, may have come under scrutiny in the UK, she will always have the backing of Americans. “We are all in Meghan’s camp,” the Los Angeles born star revealed.

“I think she definitely does [have support], we don’t obviously have the same history with the Royals here.

“So my experience and the people I’ve spoken to about it, definitely me, we are all in Meghan’s camp.”

Prince Harry and Meghan hit the headlines when they stepped down from their senior royal duties last year.

The couple are currently living in Los Angeles with their two children; two-year-old son Archie and baby daughter Lilibet.

A recent poll obtained by Newsweek claimed that the pair’s popularity had dropped excessively since they decided to step back from the Palace.

According to Ipsos Mori, Prince Harry’s approval rating from Britons had dropped by 50 points, compared to when he announced his engagement to Meghan Markle in 2017.

The Duchess of Sussex’s popularity with Britons has also slumped from 55 per cent in October 2019 to 32 per cent now.

Back in May, they shared their version of events about life in the Palace with Oprah Winfrey.

During the chat, Meghan said she felt suicidal while pregnant, claiming she was refused help. Harry also shocked viewers when he claimed he felt “trapped” in the Royal Family.

Karyn said she had seen parts of the bombshell interview, but believes it was “bigger” in the UK.

She added: “We found ourselves a lot of the time going, it’s so weird that the people are so fascinated with the Royal Family over here because it’s not our Royal Family, it’s not the same.

“But there are a lot of people here who are really really fascinated.

“I look at Meghan and I see so much of me in her, I see her and I recognise her.

“Just by being bi-racial, growing up the way that she did, it just feels like when I see pictures, it reminds me of me growing up in many ways. I’m like, I know her.”

On whether her hometown is good for the couple, she added: “I think LA is good for a lot of people.

“It depends on what you’re doing and what you can surround yourself with.

“It’s an industry town, a lot of towns are industry towns, it’s Hollywood. It’s a little, for me, suffocating.

“You go and everyone is talking about the same… It depends where you are in LA probably, but in a lot of areas when I’ve lived there, people are talking about script options, this audition and that.

“At restaurants, when someone walks in, people’s heads turn quickly to see who just came in the door.”

But, the actress said “it might be different” for the couple, who are based in Santa Barbara.

Karyn now lives a quieter life away from the cameras in New York, with her husband Alexandre Rockwell and their two children.

While she now more focused on writing and family life, she recently agreed to be in her spouse’s new drama Sweet Thing.

The show is an intimate and aching family drama which will be released digitally and in cinemas nationwide from September 10.

While apprehensive about the role as mother Eve at first, the actress said she “loved” the show.