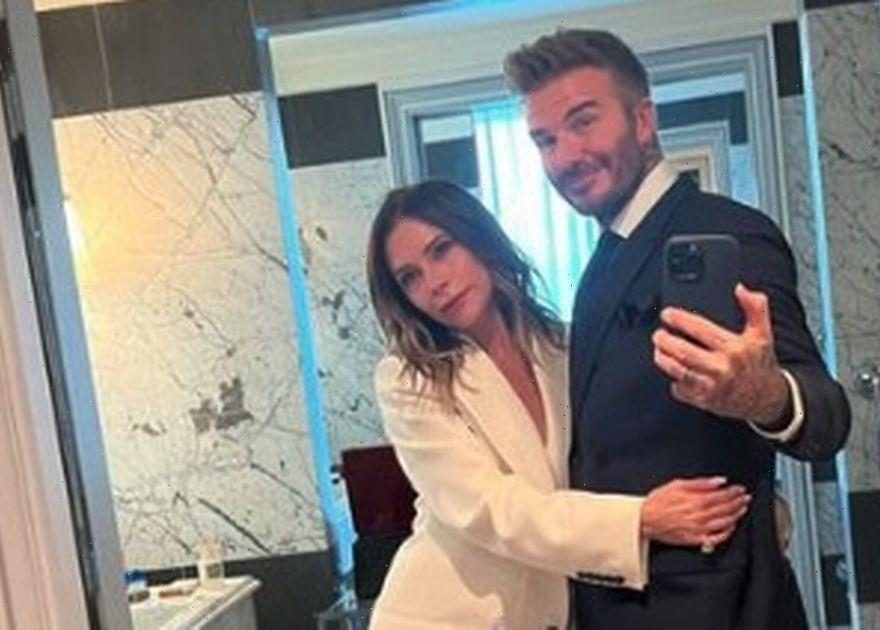 Victoria Beckham treated fans to a photo of her husband David Beckham shirtless while on holiday in Postiano, Italy, on Tuesday.

The sizzling snap was taken during the couple’s luxury yacht trip near the Italian cliffside village, and showed the 47 year old sports star looking fitter than ever.

David was seen in the photo rocking nothing but a pair of tiny red printed swim shorts as he showed off his incredibly toned torso, arms and legs, along with his endless display of tattoos.

The former footballer flashed a cheeky grin in the snap as he posed with his hands on his hips whilst standing on the deck of the family’s yacht, on top the glistening Mediterranean Sea.

Fans were just as mesmerised by David in the photo, and immediately thanked the ex Spice Girl for her photo contribution.

“Very kind of you to share,’ one person wrote in the comment section, as another said: “Lucky you Mrs B!"

The steamy photo comes after David and Victoria celebrated their 23rd wedding anniversary in Paris earlier this month.

Since arriving in Italy, Victoria and David had an unexpected reunion with the Duchess of York.

The married pair were photographed at Lo Scoglio da Tommaso restaurant in the stunning seaside village of Marina del Cantone on the Amalfi Coast, as they greeted Sarah Ferguson, 62, who was joined by friends.

Victoria posted a sweet photo of David on another boat with their daughter Harper Beckham at the time, as she captioned to fans: “Happy weekend. Kisses from Croatia.”

David wrote: “Happy Birthday to my Pretty Lady. 11 years old today I can’t believe it. You are the most beautiful little girl with the biggest Heart. We love you so so so much. Love Daddy.”

Victoria penned: “Happy 11th Birthday to our little everything!! The sweetest kindest most beautiful soul we could ever wish for. We all love you so much! X.”

Harper’s big brother Brooklyn Beckham also shared a sweet tribute, as he wrote on Instagram: “Happy 11th birthday Harper xx. Cannot believe you are so old now. I love you so much xx.”