Jon Cryer took to Twitter with a lengthy message to "Trump voters" as Americans anxiously await the winner of the 2020 presidential election.

The former "Two and a Half Men" star actor took to social media after President Trump made allegations of sweeping voter fraud Thursday night.

Addressing people backing Trump, Cryer wrote that the president has "betrayed you completely."

"You deserved better than him," the sitcom star declared.

"Hollywood sold you the image of an incredibly competent business man. But it was a lie. His businesses were a mess. They just wanted to make an entertaining show," Cryer said, likely referring to Trump's "Celebrity Apprentice" days.

Cryer went on to slam the president for "never actually" having a plan to replace Obamacare.

"He just knew if he complained about it, folks would support him," the actor wrote. "Mexico didn't pay for the wall. Our military did. And he only completed five new miles of it." 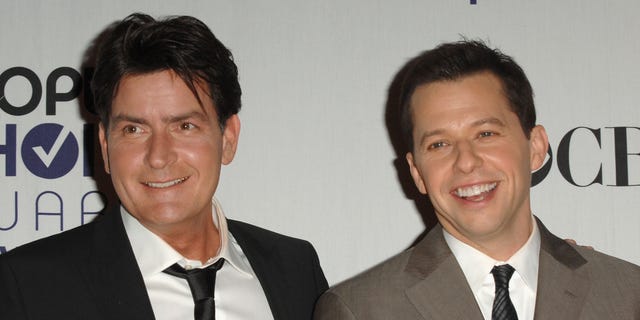 ‘Two and a Half Men’ actor Jon Cryer once compared Donald Trump to his former co-star Charlie Sheen.
(Getty Images)

"He didn’t even significantly change the employment rate. It simply continued the same rate of growth that Obama had," his Twitter thread reads. "All the while he was enriching himself by golfing at and promoting his own resorts. Publicity that would be worth hundreds of millions of dollars if it had been advertising."

He also alleged that the president used donations from his campaign to improve the lives of himself and his relatives by renting "office space" and giving his "kids and their partners jobs."

"And he just kept lying to you. Literally thousands of objectively dishonest lies," Cryer continued. "And now he's lying to you about the election. He can't 'claim' states. And Republican poll observers ARE watching the vote tabulation. And there's no evidence of fraud."

Earlier in the week, other celebrities expressed their frustration with Trump's Election Night address in which he prematurely declared victory.

Cryer has been an outspoken critic of Trump's tenure in the White House. In 2019, he got into a riff with a fan who disagreed with his suggestion that Trump should be impeached.

Even before he won the 2016 election, Cryer criticized Trump with a comparison to his former sitcom co-star Charlie Sheen.