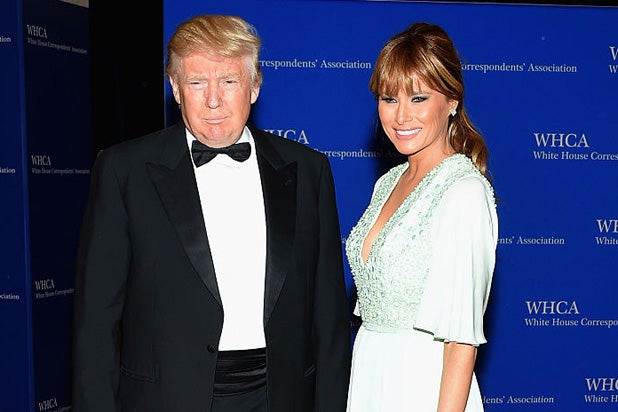 Add another person — or group, rather — to President Trump’s list of enemies: American fashion magazines. Their sin? Not putting First Lady Melania Trump on a single magazine cover during her time in the White House.

The president on Friday retweeted a Breitbart story that blasted the “elitist snobs in the fashion press” for blackballing the “most elegant First Lady in American history.” President Trump clearly agreed, tweeting the First Lady was “the greatest of all time” before adding his traditional “fake news!” coda.

As Business Insider noted, the president’s supporters have often claimed that Melania Trump’s dearth of magazine covers is evidence of left-wing bias at fashion magazines. Earlier this year, actor and Trump supporter James Woods tweeted “if you need any further proof of the shameless bias of the liberal mainstream media, the most stunning First Lady in American history has never graced our nation’s major style magazine covers.”

For comparison, Michelle Obama was on the front of 12 magazines during her eight years as First Lady, including three Vogue cover shoots. Vogue editor Anna Wintour told CNN last year that you “have to stand up for what you believe in and you have to take a point of view.” (Wintour was recently named worldwide chief content officer at Condé Nast.)