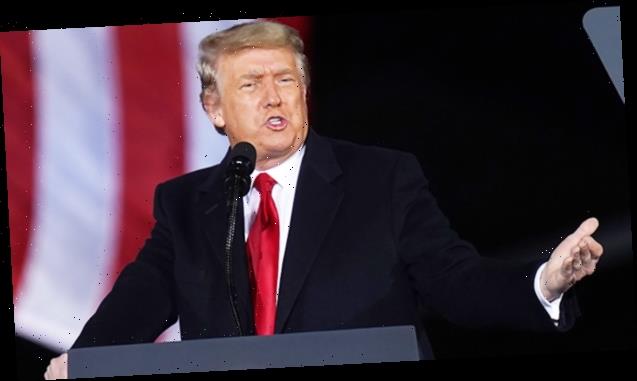 Donald Trump wandered into a wedding reception at Mar-a-Lago and passed up wishing the newlyweds well to instead gripe about the 2020 election. Watch the full speech here.

Donald Trump raised a glass to… himself while crashing a wedding reception at Mar-a-Lago. The former president, 74, was presumably invited to the wedding to share well wishes with the happy couple (his friends, Megan Noderer and John Arrigo), but instead spent his time with the microphone listing off a series of personal grudges. “Do you miss me yet?” he asked the room before launching into his nearly two-and-a-half minute diatribe.

The speech was a greatest hits of his favorite topics during his presidency, which ended in January 2021. There’s Iran and China: “Boy, they were ready to make a deal, they woulda done anything, they woulda done anything, and this guy goes and drops the sanctions.” And the humanitarian crisis at the southern United States border, which he exacerbated during his presidency:

“What’s happening to the kids, they’re living in squalor, they are living like nobody has ever seen anybody, there’s never been anything like what’s, and you’re gonna have hundreds, and you have it now, they have the airplane photos, the shocks, and they call ’em shocks, and these things are showing thousands and thousands of people coming up from South America and it’s gonna be, it’s just uh, look, it’s a disaster.

“It’s a humanitarian disaster from their standpoint, and it’s gonna destroy the country, and frankly, the country can’t afford it because you’re talking about massive, just incredibly massive amounts. Our school systems, our hospital systems, everything,” he continued. “So it’s a rough thing, and I just say, ‘Do you miss me yet?’” The former president was met with cheers and applause. You can watch the full speech above. 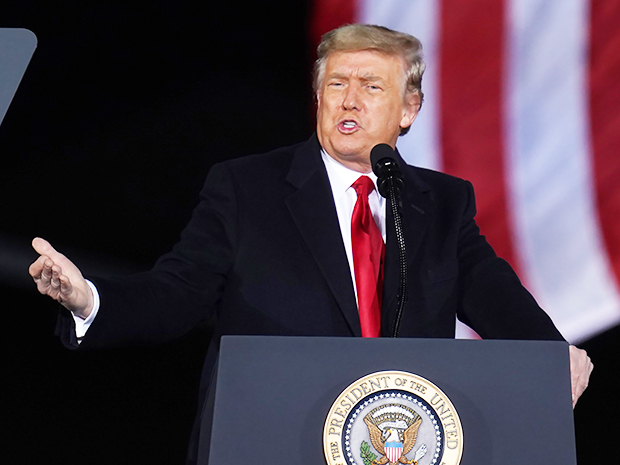 Trump wrapped up by revisiting his favorite topic, how he believes that President Joe Biden was illegitimately elected, continuing to prove his lack of understanding as to how the US electoral system works. “As we were saying, we did get 75 million votes, nobody’s ever gotten that. They said, ‘Get 66 million votes, sir, and the election’s over,’” he rambled. “We got 75 million and they said… ‘but you know, you saw what happened,’ 10:30 in the evening, all of a sudden I said, ‘That’s a strange thing, why are they closing up certain places, right?’”

He finally toasted the newlyweds before walking off. The backlash to Trump’s speech, which comes amidst his usual skulking around the Florida golf club, was swift. “Leave it to Trump to talk about himself while giving a speech at a wedding in Mar-a-Lago,” one Twitter user wrote after seeing the footage. “Trump has devolved into a bad nightclub act. Like watching a comedian impersonate the Former Guy,” another critic tweeted.