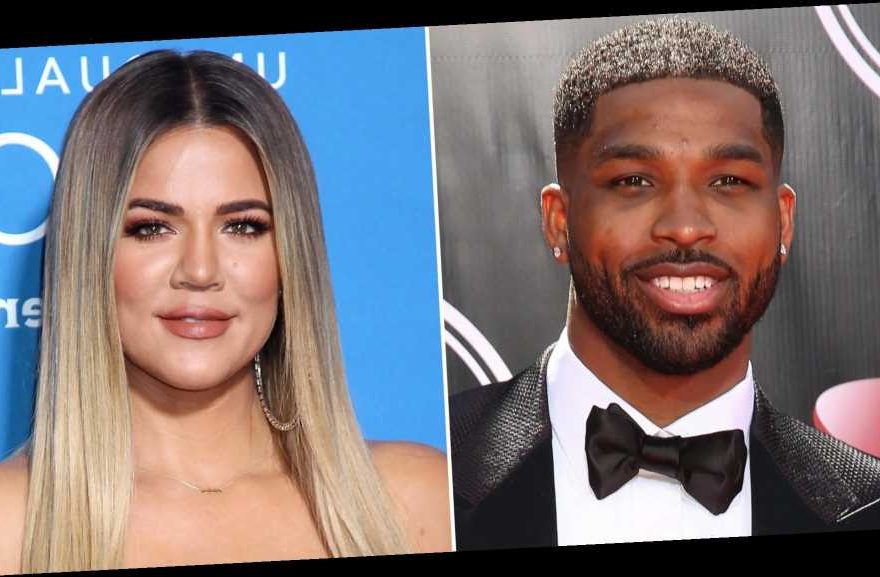 LOL! Tristan Thompson wasn’t sweating it as rumors swirled that he and Khloé Kardashian are engaged. He was, however, a little hot and bothered by her sexy Instagram snap on Sunday, February 21.

The Keeping Up With the Kardashians star, 36, shared a pic of her hand resting on her bare bottom to tease the upcoming release of Good American’s shoe line. Fans couldn’t help but notice a massive ring on Kardashian’s left ring finger, but her NBA player boyfriend, 29, had his mind on other things.

Although several fans commented on Kardashian’s post complimenting her ring and inquiring about what it symbolized, the reality star did not respond. She raised eyebrows in a similar fashion in December 2020 after she was spotted in Boston sporting a similar ring on the same finger. A source told Us Weekly exclusively there was nothing to it.

“It’s not an engagement ring. She often wears a ring on that finger,” the insider said.

Celebrity Couples Who Stayed Together After Cheating Scandals

The pair rekindled their romance after spending time together during quarantine, with Us confirming in August 2020 that the relationship was back on. In November of last year, a source told Us Kardashian decided that she and daughter True would split their time between their home in Calabasas, California, and the East Coast after Thompson signed a $19 million deal with the Boston Celtics.

“Tristan has really turned his behaviors around and is focusing on Khloé and True,” the insider noted at the time.

The same insider referenced the Canada native’s past cheating scandals, adding, “All of Khloé’s friends really like Tristan. Even though what he did was so horrible, they know Tristan is a good guy and Khloé is very dedicated to making their relationship work.”

Kardashian and the athlete called it quits in April 2018 after she learned that he had been unfaithful with several women while she was pregnant with their daughter, 2. They were able to work through their issues, but split again in early 2019 after Thompson cheated on Kardashian again, this time with Kylie Jenner‘s former best friend Jordyn Woods.

Everything the Kardashian-Jenner Sisters Have Said About Coparenting

The Good American cofounder recently addressed that scandal, telling a troll to “Shut the f–k up” after she was accused of ordering Jenner, 23, to end her friendship with Woods, 23.

“I’m so sick and tired of this narrative that I control my sister or dictate who she chooses to surround herself with,” she wrote on Thursday, February 18, via Instagram. “Never once have I ever and I mean EVER told my sister who she can be friends with. She is an adult, who can do whatever she wants to do.”

She added that she loves the Kylie Cosmetics founder “unconditionally,” and will support her “in anything she wants to do.”