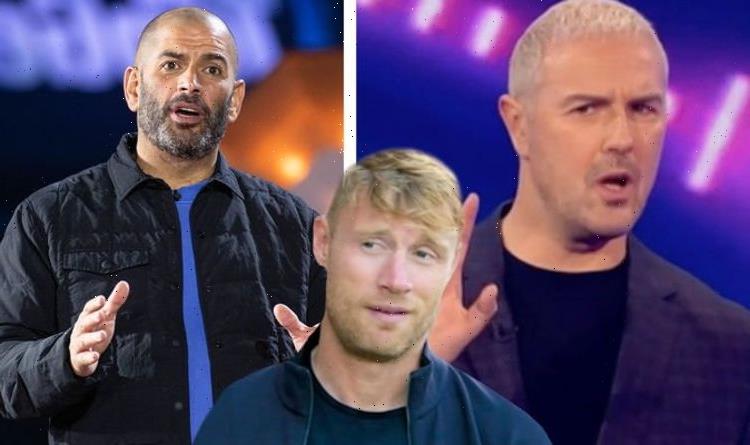 As Christmas Day is fast approaching, Top Gear host Chris Harris, 46, looked back at his many Christmas’ as a child, where he lived with his family in Buckinghamshire. But while he was taking a walk down memory lane, he made a surprising revelation about his very “posh” upbringing.

Oh my god. In the sauna? That is shocking!

So much so, that he left his BBC co-stars Freddie Flintoff and Paddy McGuinness, shocked at what his parents used to do with his presents.

Chris revealed his mum and dad would hide his gifts in the sauna when he was little, so that he wouldn’t find them.

He also admitted that he would wear a velvet suit for the family’s festive lunch.

A stunned Paddy replied with his infamous sense of humour, as he poked fun at his pal.

“Who has a sauna in their home? We know who. Chris Harris!”

He grinned as he continued to mock his friend: “Little Lord Fauntleroy.

“I bet he ate pheasant and swan for Christmas dinner.”

Giggling, Freddie then chimed: “I didn’t even know what a sauna was at that age!”

Taken aback by the cheeky swipes from his co-stars, Chris shook his head.

“All of this is based on the fact I don’t talk like Vernon Kay,” he sighed.

Despite his childhood taking a battering, Paddy soon turned his attention to Freddie.

He just couldn’t help himself and took a little dig at the former professional cricket player online.

It comes after Chris shared his reaction to seeing a metallic-wrapped Rolls Royce parked in an underground car park.

And by the sounds of things, he didn’t think much of the loud exterior of the classic car.

Taking to Twitter to post a photo of the bronze mirrored vehicle, he penned the caption: “Not quite sure where to begin with this.”

While his followers agreed that they too “hated” the design, Paddy chimed in with a little note.

“Is that Fred’s?” he commented, while fans giggled in the comments section, enjoying the joke.