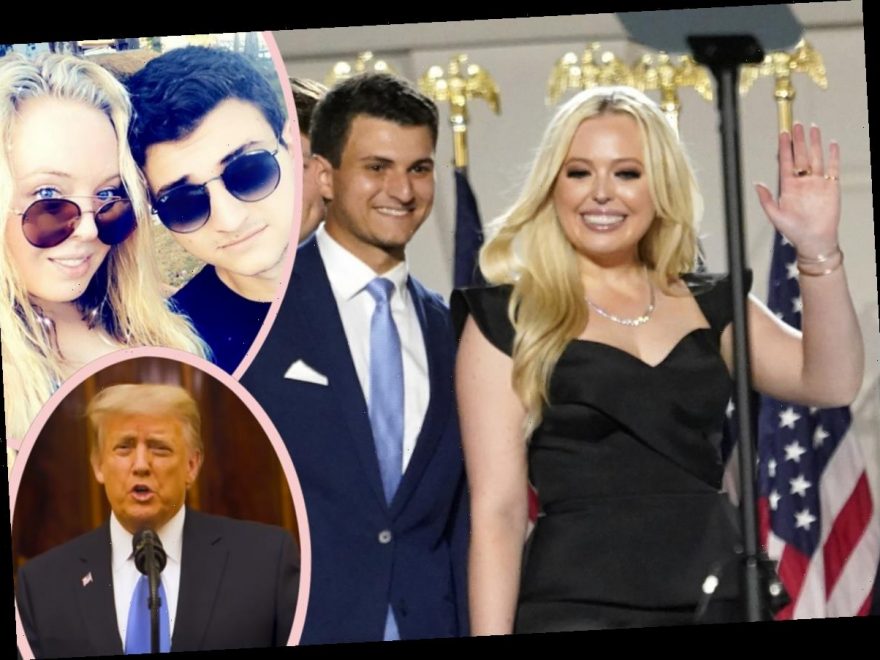 Well, that was about the most unexpected Trump news of the week.

Tuesday marks the final full day of Donald Trump‘s presidency before the official swearing in of President-Elect Joe Biden on January 20. Naturally, we braced for 45’s farewell speech — and specifically any more pushing of the false narrative that he actually won and the election was stolen from him. You know, anything that might incite more violence from his followers, who stormed the Capitol during the election certification and have been threatening more terror attacks in all 50 states.

Thankfully his address was actually pretty uneventful (you know, teleprompter Don, who doesn’t seem to believe or understand what he’s reading), and the POTUS even mentioned the next administration!

“This week, we inaugurate a new administration and pray for its success in keeping America safe and prosperous. We extend our best wishes, and we also want them to have luck.”

Thankfully, the only real news was found in an unexpected farewell speech — that of Tiffany Trump!

We know, Trump’s second youngest doesn’t even technically have a job in the White House or the administration, but she did fall right in line and become Team Trump the past few years after seeming earlier like a family outlier.

So she too is leaving the national stage, stepping down from her role as Second First Daughter. And in her goodbye, she included a bonus announcement: she’s engaged!

Yes, apparently boyfriend Michael Boulos popped the question at some point amid the romantic backdrop of national turmoil, and she slipped in the good news, captioning a pic of the two of them at the White House for one last opportunistic photo op:

“It has been an honor to celebrate many milestones, historic occasions and create memories with my family here at the White House, none more special than my engagement to my amazing fiancé Michael! Feeling blessed and excited for the next chapter!

Ordinarily we’d speculate this was meant to take up space in the news cycle to draw attention away from something her father was doing — like the dozens of pardons he is reported to be granting at the last minute — but that just seems incorrect here. We mean, no offense, but it’s just Tiffany.

If anything, maybe she’s trying to get more attention for herself, drafting off the fact the eyes of the nation are turned to her father for the last time (unless of course we see him in an orange jumpsuit).

Donald has not made any public comment on his daughter’s news, but big sis Ivanka Trump commented on the post:

“So happy for you and Michael! Love you Tiff!

And momma Marla Maples posted on her IG Story:

“Celebrating God’s endless blessing of love. May God’s blessings & love always light your path. Love you so much, mom.”

Tiffany has been dating Michael since 2018, about a year after breaking up with college boyfriend Ross Mechanic. It was during her time with him, throughout the 2016 election, that Tiffany seemingly kept her family’s political ambitions at arm’s length. Many speculated it was politics that split the two up; Mechanic was a registered Democrat. (But then again, so were Ivanka and her husband once upon a time. Honestly, we don’t think they believe in anything other than their own profit.)

With Boulos, however, she has only become more of a fixture at White House events and Trump campaign rallies (which never stopped throughout his presidency, a screwed up thing we never talk about).

Michael has also been photographed wearing one of those red MAGA caps. So clearly he’s all in on dem Trumps. Like we said, inneresting timing on that decision, considering the family’s ignominy will likely only grow as they lose their grasp on the power to hide their misdeeds.

But you know what? We’ve never actually heard of Tiffany being accused of any crimes. Just being complicit in her support for her family. So we guess we’ll just say…

Congratulations on the engagement. We hope for your sake and ours that you have a perfectly happy life in total anonymity.

That was cordial, right?