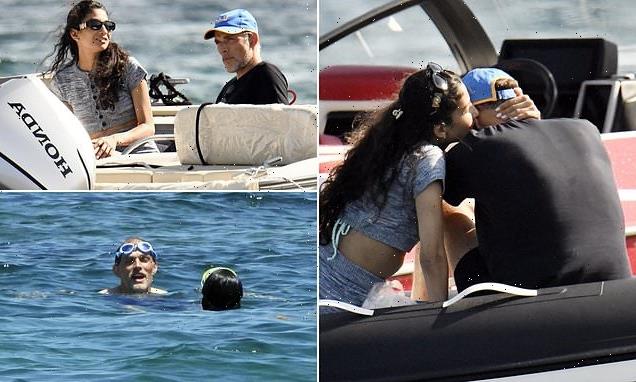 PICTURED: Chelsea boss Thomas Tuchel, 48, on romantic holiday in Sardinia with Brazilian girlfriend Natalie Guerriero Max, 35, who he has been dating for two months after separating from his wife of 13 years in April

Chelsea manager Thomas Tuchel has been pictured soaking up the sun with his new girlfriend Natalie Guerriero Max during a romantic holiday in Sardinia.

The Champions League winner, 48, was snapped with Ms Max, 35, while enjoying time together on a sunset boat trip near to the Mediterranean island.

They also opted for a quick dip in the water, and shared a kiss together before they were whisked back to their £20,000-a-night private resort.

MailOnline exclusively revealed earlier on Thursday that he had been dating his new Brazilian girlfriend for the last two months.

Tuchel has been seeing the glamorous mother-of-two since May, after his divorce to ex-wife Sissi, 46, was finalised earlier this year.

According to a close friend of Natalie’s the new couple are ‘very happy’ and have been spending all their time together, with the business owner jetting to Italy to join Thomas on their first romantic holiday. 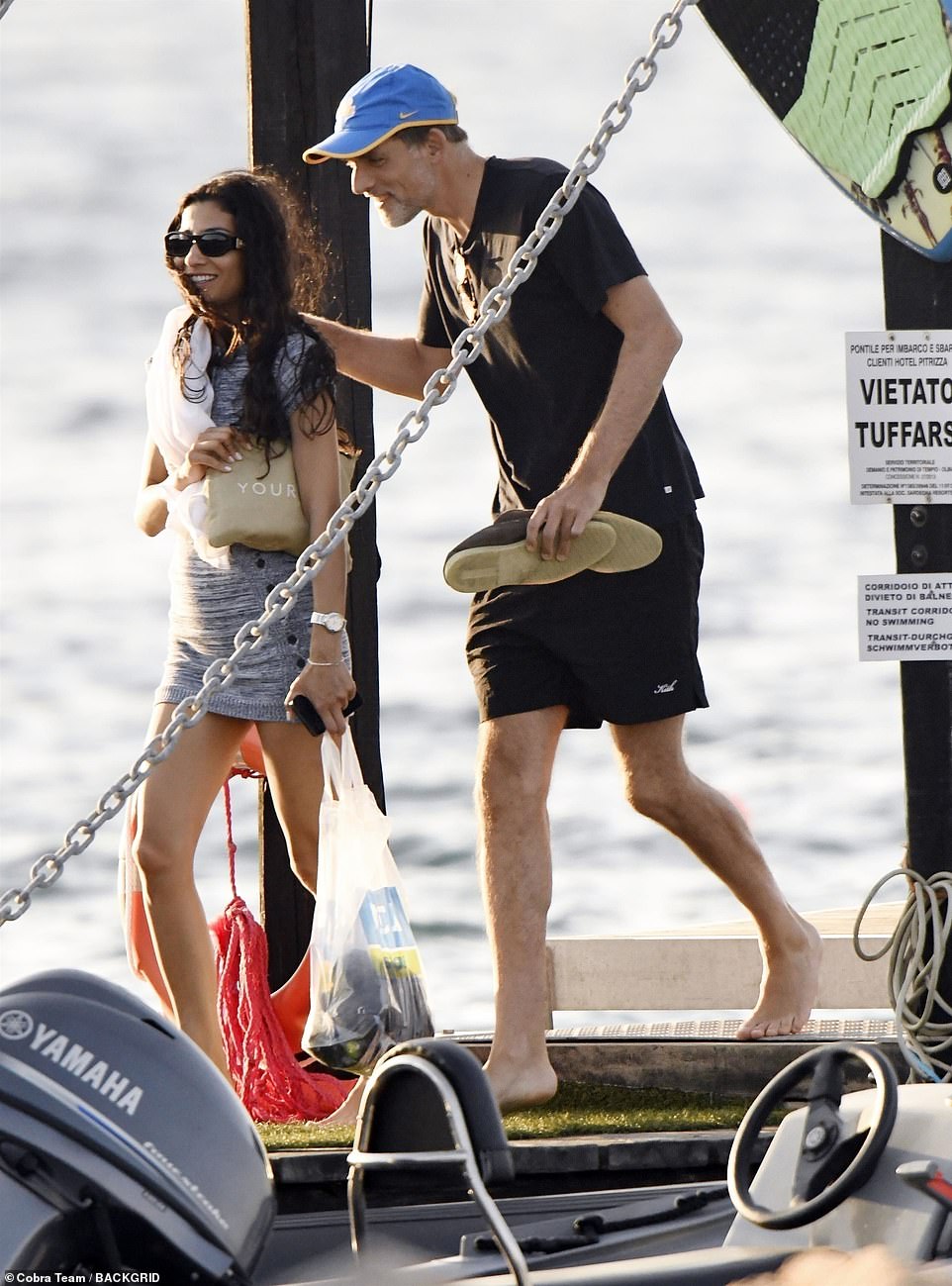 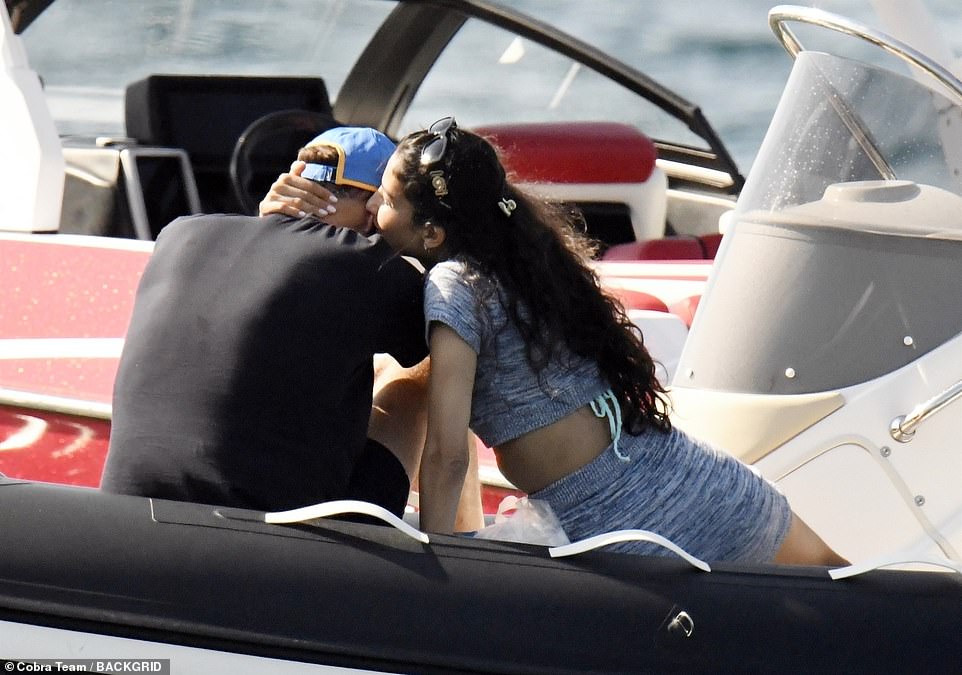 The Champions League winner, 48, was snapped with Ms Max, 35, while enjoying time together on a boat in the beautiful Mediterranean island 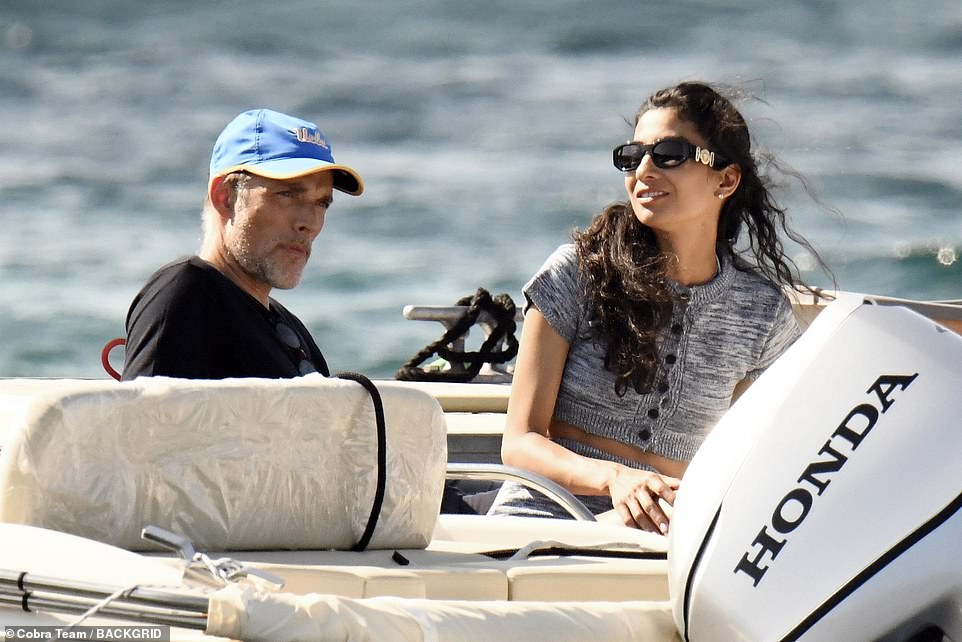 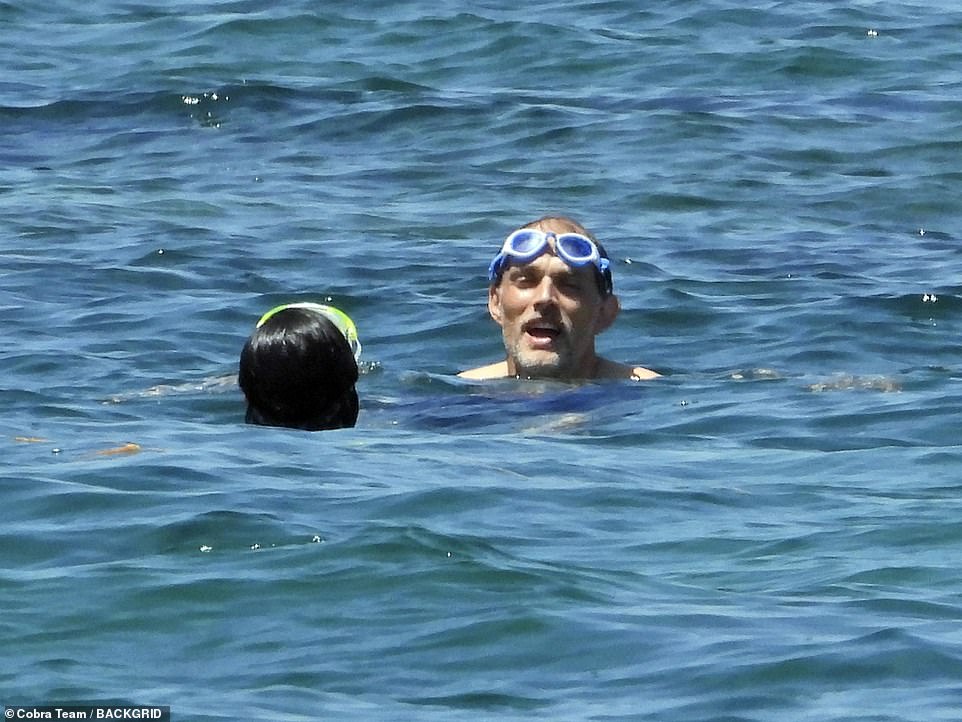 Tuchel has been seeing the glamorous mother-of-two since May, after his divorce to ex-wife Sissi, 46, was finalised in April this year 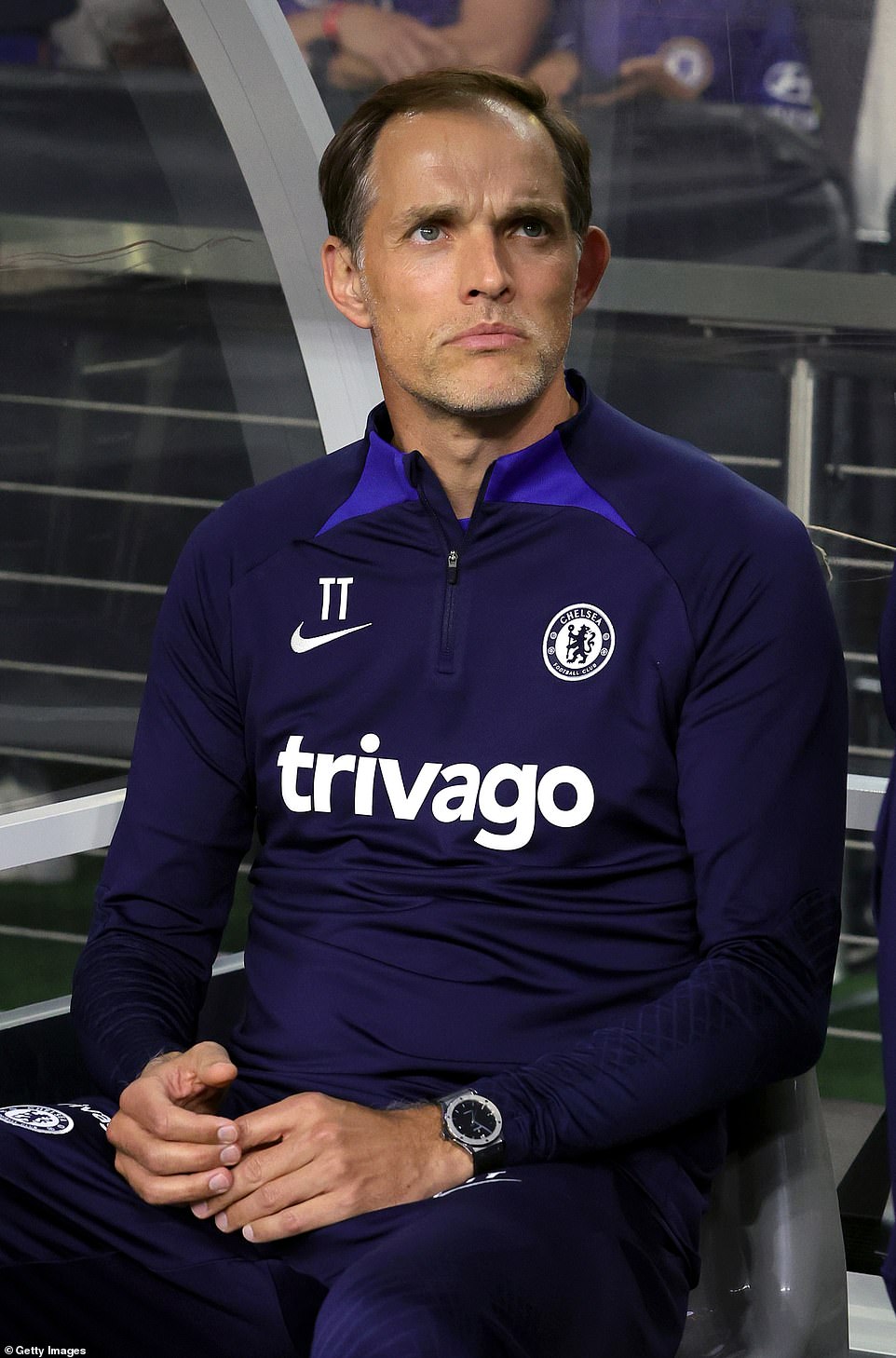 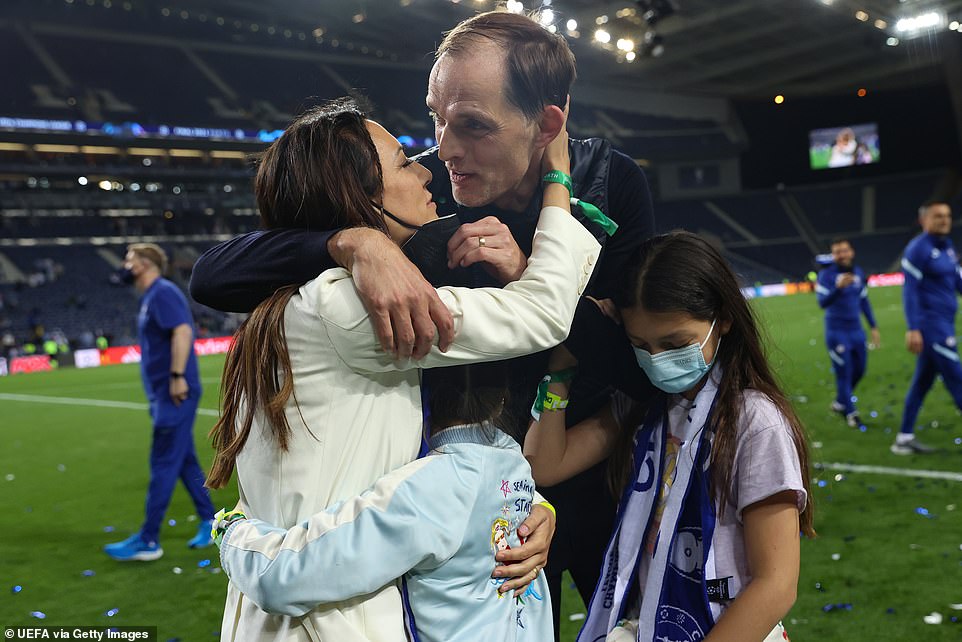 A source told MailOnline: ‘Tuchel and Natalie are smitten with each other. They’ve been dating since May and things are already getting serious between them.

‘Natalie flew to Sardinia to join Thomas on their first holiday and they’ve been spending a lot of quality time together in west London, where she lives with her two children and dog.

‘Tuchel is really lovely and has made Natalie’s friends feel welcome, he’s definitely in this for the long-haul.’

It is thought the new couple’s romanced blossomed during dates at an Italian restaurant in west London.

Natalie has two daughters from a previous relationship and lives at a three-story property in Knightsbridge, London, believed to be worth several million.

The Brazilian, who resides a stone’s throw away from Harrods, is due back from her holiday with Tuchel at the end of the week.

The townhouse where Natalie lives is in one of London’s most expensive districts, where the super-rich fill the streets with Ferraris, Bentleys and Rolls Royces.

As well as Harrods, the area boasts a number of designer fashion stores including Chanel, Burberry, and Harvey Nichols.

The couple are also spoilt for choice with restaurants including Dinner by Heston Blumenthal, Gordon Ramsay’s Petrus, and The Rosebery.

Hyde Park is just around the corner, as is Kensington Palace and the Royal Albert Hall while Chelsea’s Stamford Bridge ground is just one and half miles away.

Several other mega-wealthy celebrities reside nearby including Tamara Ecclestone, who lives in a 57-room mansion less than a mile away

Disgraced Ghislaine Maxwell also owned a £2.5million mews house a few streets away. Tuchel, and Natalie were holding hands on a romantic boat trip at sunset.

Natalie also enjoyed a dip in the Mediterranean sea before the loved-up pair went back to their £20,000-a-night private villa.

It was revealed in April that Tuchel had split from his former journalist wife following 13 years of marriage.

A source told the Mail On Sunday that the ex-couple ‘tried to avoid splitting but in the end, there was no other way.’

Last Wednesday, in a written order, Mr. Justice Mostyn said he was satisfied that Tuchel had behaved in such a way that Mrs. Tuchel could not reasonably be expected to stay with him.

He was satisfied the marriage had broken down irretrievably.

The former couple, who share two daughters together, are believed to have reached a multi-million-pound settlement ahead of a decree absolute, expected in the next six weeks. 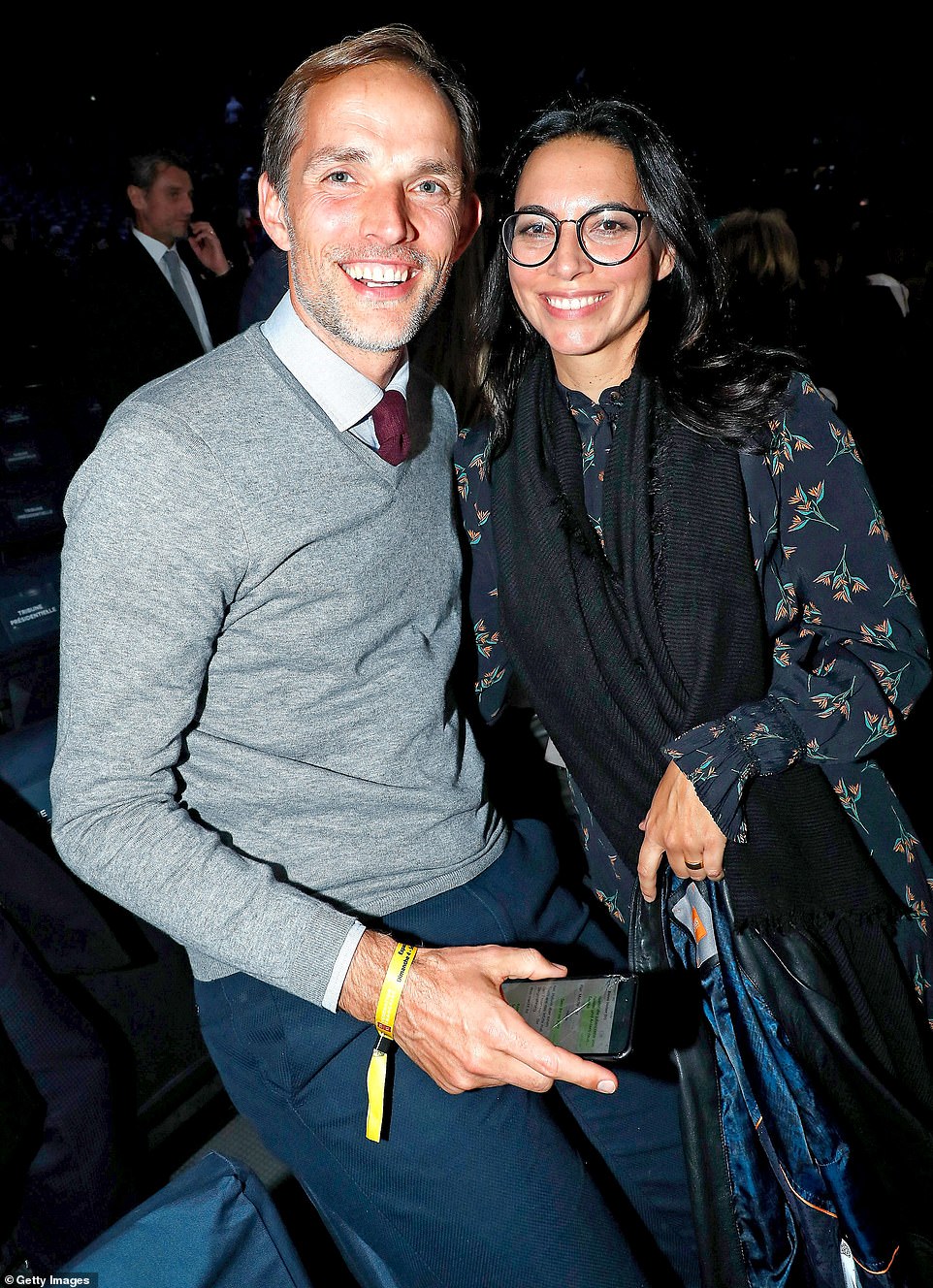 Tuchel, pictured here with his ex-wife Sissi, was granted a divorce by a judge at the High Court in London last week 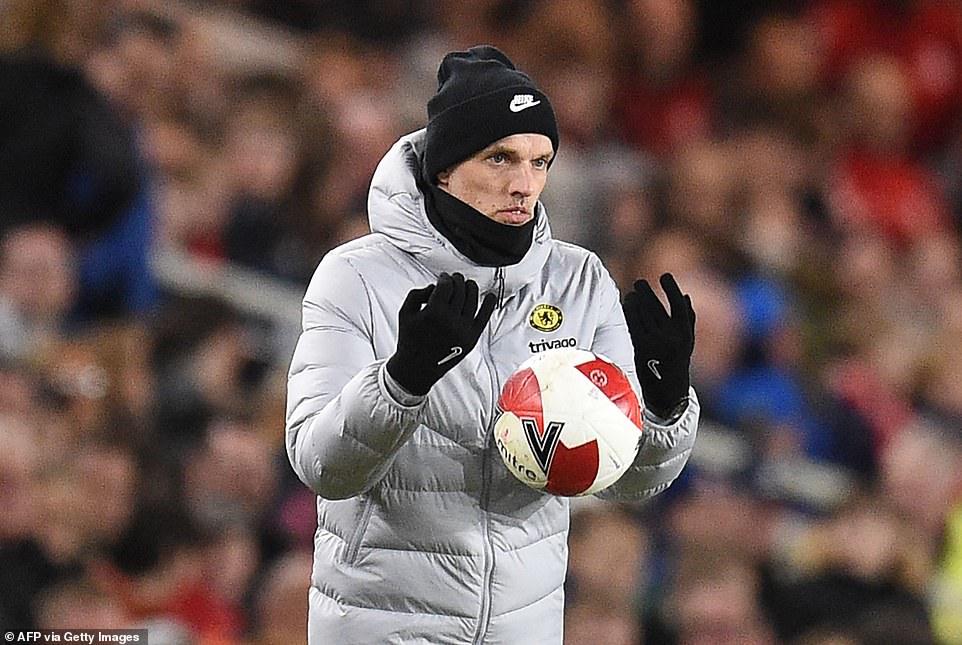 While dealing with on and off-the-field issues last season, Tuchel also had to cope with the collapse of his marriage