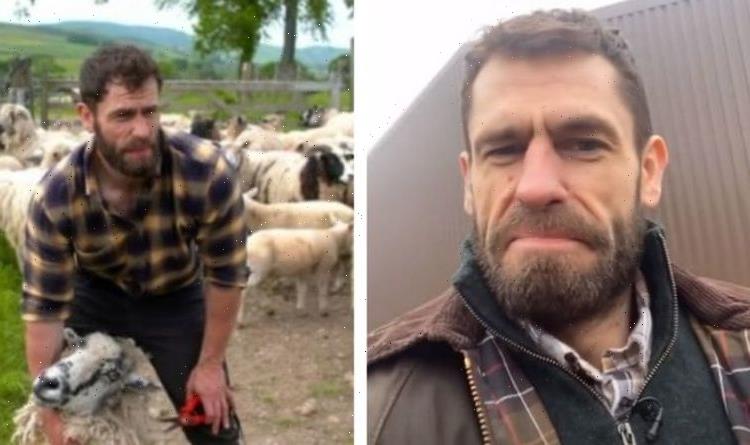 Kelvin Fletcher on the challenges of going into farming

Strictly Come Dancing 2019 champion Kelvin Fletcher had been expected to chat with Steph McGovern and reveal all about their farming show. However, his pregnant other half Liz made no secret of her pre-show nerves as she contemplated appearing with “the worst behaved animals ever”.

We’ve got the worst behaved animals ever!

“We’re going live on Packed Lunch, live with animals and stuff!” she exclaimed, with a mischievous glint in her eye on Kelvin’s Instagram Stories this lunchtime.

The camera then switched to former Emmerdale actor Kelvin, who jokingly announced to his 413,000 followers: “Yeah, the news report’s just come in!”

Eliza continued: “This is gonna be, err, risky.

“I’ve got baby brain, which is a liability anyway.”

“What will our animals do? We’ve got the worst behaved animals ever,” she teased.

Liz was referring to the big lifestyle change made by the Fletcher family, who exchanged urban life for the joys of the country on a 120-acre farm back in 2020, and invited the public to join them on the journey.

The TV show Kelvin’s Big Farming Adventure has soared in popularity since it hit screens, featuring sheep, pigs, alpacas, rabbits – and a totally inexperienced couple, who are nevertheless eager to learn.

Viewers have followed along with the mishaps on the way, as the pair dealt with escaped cattle, missing pets, and even pregnant Liz’s allergy to horses.

They have also witnessed incredulous neighbours wondering why a red carpet star with a penchant for driving race cars would change his life so dramatically by committing to life on a country farm.

Meanwhile, the show has been the target of criticism after some accused it of being a “rip-off” copy of Jeremy Clarkson’s Amazon Prime show, Clarkson’s Farm.

Like Jeremy, Kelvin had zero experience of working on a farm when he first began, so the prospect of starting from scratch and documenting it all on a TV show might have been daunting.

However, the 38-year-old’s switch from acting to reality TV stardom has run surprisingly smoothly – until now.

Ahead of the family’s show airing, he had announced to fans: “We have literally jumped in at the deep end and bought a farm!

“A reluctant Wife, 2 crazy kids and a Husband with knowledge of farming you could write on the back of a stamp! What could possibly go wrong?!”

Besides that, the childhood sweethearts – who have known each other since the age of nine – have since announced that they are expecting twins.

Back on Instagram, a nervous Liz warned their latest Packed Lunch performance could be “risky”, while Kelvin addressed the ear piece clamped firmly to his ear.

Fans will have to tune in to the show to find out how their latest instalment of life on the farm will go.