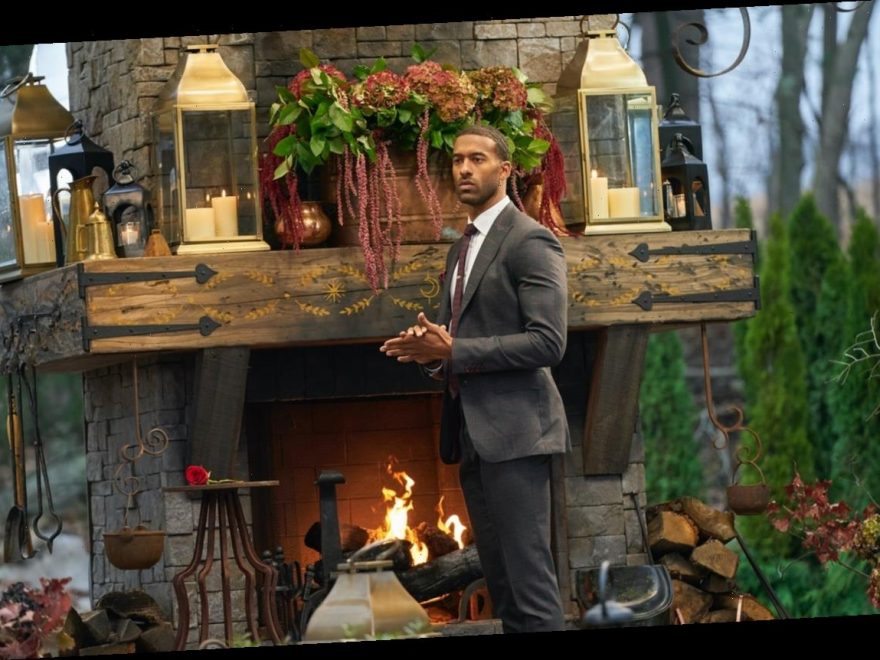 When it comes to The Bachelor, everything is not always as it seems. It can be hard to tell if what you’re seeing onscreen is totally real or if producers are making some reality TV magic. There was one particular moment during the March 15 finale that left fans guessing, and these tweets about "Matt’s" handwriting on The Bachelor are too funny.

As Matt’s Bachelor season drew to a close, he began to grapple with the implications of actually getting engaged at the end of his journey. After introducing remaining contestants Michelle Young and Rachael Kirkconnell to his family, Matt’s mom Patty warned him that "love is not the end-all, be-all," while his brother John urged him not to jump into a decision he wasn’t ready to make.

While Matt’s always made it clear he came on the show to find his future wife, he was especially nervous about making the wrong choice after witnessing his parents’ breakup and growing up in a single-parent household. After he and Michelle had their final one-on-one date, he admitted he loved her, but he wasn’t in love with her. Matt made the tough decision to send her home, but was so emotionally devastated that he cancelled his next one-on-one with Rachael.

But Matt had a change of heart later the next day, and sent Rachael a heartfelt note explaining his unexpected actions. "Rachael — I’m so sorry for making you wait. I’ve had a lot on my mind these last few days. You deserve answers. Meet me at the lake," the note read.

It was a sweet gesture, but one detail was more than a little suspicious: Matt’s handwriting. The note was written in a bubbly font that many viewers thought looked more like a popular middle-schooler’s handwriting or even Chris Harrison’s handwriting. No matter who actually wrote the message to Rachael, fans soon took to Twitter to crack plenty of jokes about it.

Matt’s handwriting may have been a mystery, but from his unconventional ending with Rachael to the season’s intense "After the Final Rose" special, it was one standout moment from one of the most *dramatic* finales yet.