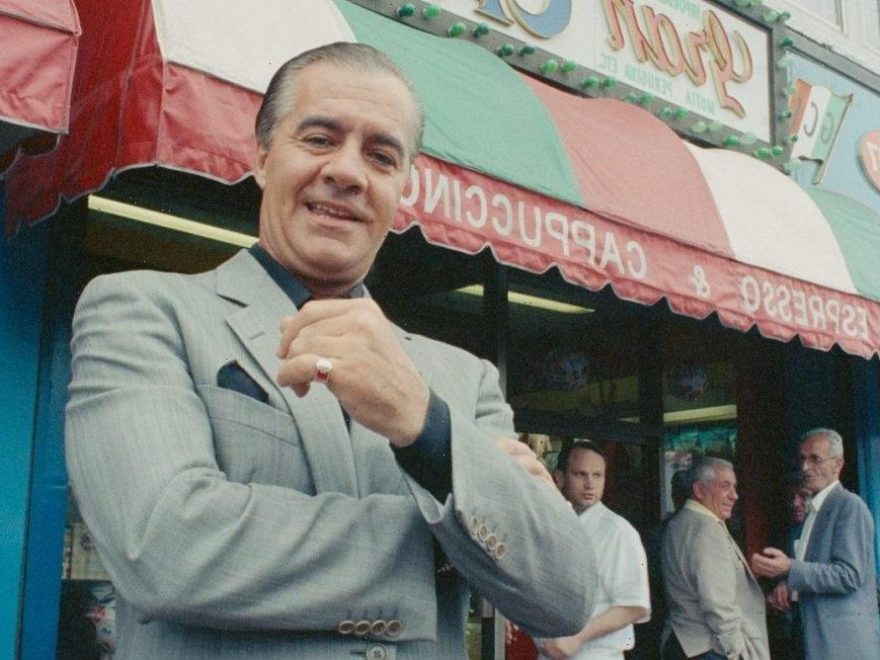 Following the passing of Tony Sirico on Friday at the age of 79, stars of The Sopranos honored their fellow cast member in a series of touching personal remembrances that captured the actor’s unique and infectious personality.

“Tony was like no one else: he was as tough, as loyal and as big hearted as anyone I’ve ever known,” said Michael Imperioli, who played young upstart Christopher Moltisanti — and starred alongside Sirico in the darkly comedic fan-favorite episode “Pine Barrens” — on the hit TV series. “We found a groove as Christopher and Paulie and I am proud to say I did a lot of my best and most fun work with my dear pal Tony.” He added: “I will miss him forever. He is truly irreplaceable.”

How Tony Sirico Made Paulie Walnuts a 'Sopranos' Character to Remember

Tony Sirico, Star of 'The Sopranos,' Dead at 79

Every Super Bowl Halftime Show, Ranked From Worst to Best

'Silence of the Lambs': The Complete Buffalo Bill Story

“Tony Sirico was an original in every way,” Joe Pantoliano, who played the antagonistic DiMeo crime family member Ralph Cifaretto, said in a statement to Rolling Stone. “How he made me laugh.” Steve Schirripa, who portrayed Robert “Bobby Bacala” Baccalieri Jr., also remembered Sirico’s sense of humor. “Tony Sirico was one of a kind in all the best ways,” Schirripa told Rolling Stone. “A truly loyal friend with a gift for making people laugh, especially me. If you were lucky enough to be his friend, you were guaranteed a good time whenever you were around him. He will be missed.”

In a statement to Rolling Stone, Edie Falco also highlighted the charming personality of her co-star. “Tony Sirico was an original,” said the award-winning actress, who played Tony Soprano’s wife, Carmela Soprano. “There was no one like him; deeply loyal and kind. And so funny. It’s a heartbreaking loss.”

“I have never been able to walk into a room that you were in without you giving me an enormous hug, drenching me in your cologne, and making sure I knew any man that came near me would have to answer to you first,” Jamie-Lynn Sigler, who portrayed teenaged Meadow Soprano, said of Sirico on Instagram. “You were SUCH a phenomenal actor. Stealing every scene you were in. You were tough, and strong, yet sweet and a real artist. There will never ever be anyone like you.”

Michael Gandolfini, son of Sopranos star James Gandolfini — and who recently portrayed a younger version of the character his late father made famous in The Many Saints of Newark — shared photos of himself alongside the man he lovingly referred to as “Uncle Tony” in an Instagram post. “Tony Sirico was one of the kindest, fiercely loyal, and heartfelt men that I’ve ever known,” he wrote. “I’ll deeply miss his pinches on my cheek, and his infectious laugh. He was a phenomenal actor and an even better man. Tony was one of a kind. He touched many with his gift and my heart goes out to his family, his friends, and all of his fans. We love you Tony, thank you for all the joy you brought to many. You will be missed.”