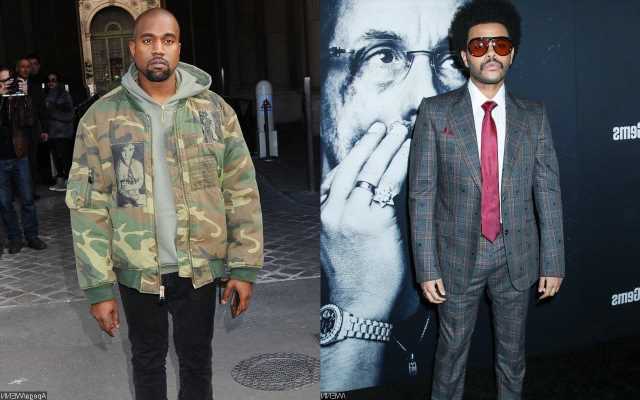 The ‘Blinding Lights’ hitmaker suggests he may be dropping his last name just like the ‘Donda’ rapper, who goes by Ye now after his petition to change his name legally was approved in last October.

AceShowbiz –The Weeknd seemingly plans to pull a Kanye West. On Sunday, April 4, the Canadian star took to his Twitter account to suggest that he might be changing his legal name just like the “Donda” rapper, who goes by Ye now.

“you guys are hilarious. i feel like i should change my stage name to ABEL at this point lol,” the “Blinding Lights” hitmaker wrote on the blue bird app. He went on to say, “maybe pull a YE and just legally change my name to ABEL. no last name. Like Madonna or Cher or Prince. I don’t know it seems like a lot.” 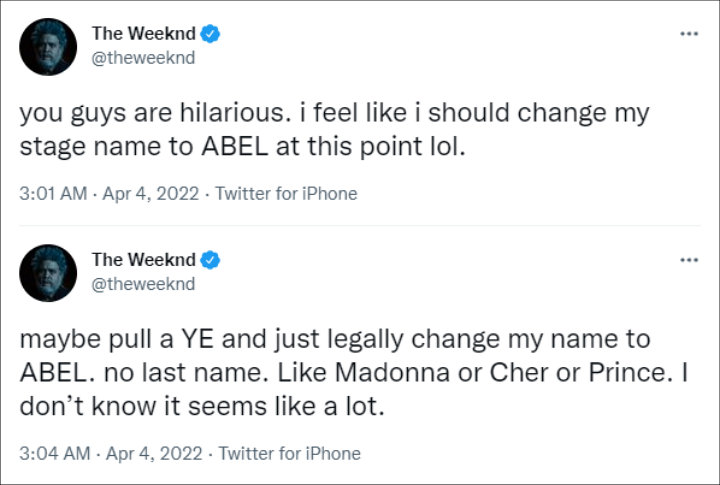 The Weeknd suggested he might change his name legally.

Fans had mixed response to The Weeknd’s tweets. “DONT DO IT otherwise we won’t have memes like these in the future every friday,” someone joked. A fan, however, loved the idea as saying, “The Weeknd sounds to formal when we address you informaly. So Abel feels like we’re talking to our best friend.”

“You better do Abel really is the prettiest name out there,” another fan added, urging the musician to change his name legally. One other, meanwhile, shared that whatever name he goes with, it wouldn’t affect their support. “after all… WE’LL SUPPORT YOU BRO,” the person replied.

On the other hand, Ye received approval from a Los Angeles judge to officially change his name to “Ye”, with no middle or last name, in October 2021. The “N****s in Paris” rapper got his approval two months after filing the legal documents. In the petition, he explained that he wanted to change his moniker due to “personal reasons.”

Previously, Ye announced on Twitter that he would be changing his stage name to Ye, following the release of his eighth studio album “Ye”. “The being formally known as Kanye West…I am YE,” read his Twitter post back in 2018. In the same year, Ye also addressed his simple moniker during an interview with Big Boy. “I believe ‘ye’ is the most commonly used word in the Bible, and in the Bible, it means ‘you,’ ” he told the radio host.

“So I’m you, I’m us, it’s us. It went from Kanye, which means the only one, to just Ye — just being a reflection of our good, our bad, our confusion, everything,” the estranged husband of Kim Kardashian elaborated. “The album is more of a reflection of who we are.”