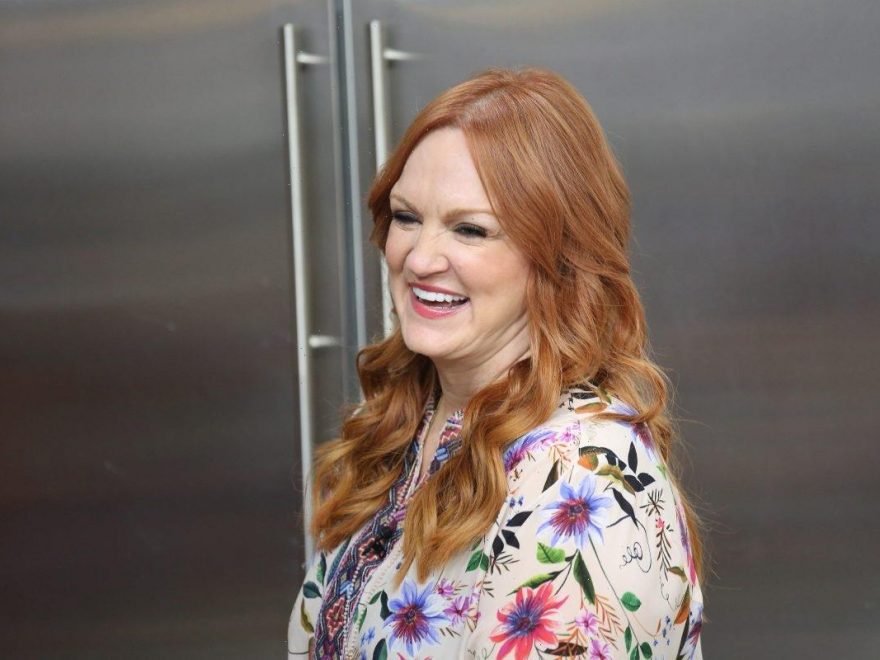 Ree Drummond has plenty of amazing snack recipes but boasts that her beer cheese bread bowl is “one of the most delicious.” The Pioneer Woman star’s cheesy bread bowl dip is too easy to make and is packed with flavor.

Drummond demonstrated how to make her easy beer cheese dip on an episode of The Pioneer Woman. “Beer cheese in a bread bowl — and, by far, one of the most delicious snacks you can serve at any football party or any party,” she said, adding, “Or any like Tuesday night, for that matter.”

She started by cutting a sourdough bread loaf around the top edge, then removing sections of the bread to make a bowl. After pulling out the pieces of bread, she cut them into chunks and set them on a sheet pan.

Drummond mixed together olive oil, grated garlic, and crushed red pepper flakes in a small bowl then brushed the olive oil mixture over the chunks of bread, as well as the inside and outside of the bread bowl before placing it on the sheet pan.

She sprinkled parmesan cheese inside the bowl and over the bread chunks to give it “a nice sharp flavor.” Then Drummond baked the bread in a 375 degree Fahrenheit oven until “golden and crisp.”

Drummond made the beer cheese, claiming it “will change your life in an instant.” She melted butter with olive oil in a pan and added sliced onions and garlic. She cooked the onions for five minutes until they were soft, then added flour, explaining, “Cheese by itself is good enough but part of what makes this dip so incredible is that it has half a bottle of beer.”

“You can use any kind of beer you want, any kind of ale,” The Pioneer Woman star said as she stirred in the beer. Drummond turned the heat down then added milk, Dijon mustard, red pepper flakes, and a combination of fontina, cheddar, and mozzarella cheeses. She stirred everything together.

Drummond removed the bread from the oven and placed it on a platter along with carrot and celery sticks and pretzels. She poured the beer cheese into the bread bowl and scattered the bread cubes on the platter.

“I’m a goner,” she said after popping a cheese-dipped piece of bread in her mouth. “That is so good.”

The full recipe is available on the Food Network website.

In February 2021, Drummond shared a behind-the-scenes clip from filming the beer cheese bread bowl recipe and it turns out a rat ran through the kitchen while they filmed.

“I consider myself a trailblazer on Food Network,” Drummond stated in the Instagram caption. “After all, I think I’m the only host on the network that’s had a large pack rat run through the kitchen in the middle of filming a cooking show.”

The caption continued, “The (very) unwelcome visitor interrupted shooting, and the screams (not just mine— right, [daughter Alex’s fiancé] Mauricio?) were plentiful.”

In the video, there was chaos after the rat ran by — and plenty of shrieking, too. “Are you serious? I can’t film, you guys,” Drummond said. She wrote over the video, “I don’t like rats at all.”

Drummond explained how they moved on from the incident, thanks to some crew members. “It was total chaos, and in the end, it was our Sound Technician, Jonathan, and our Production Assistant, Raymond, who saved the day and ushered the rat back outside,” she shared on The Pioneer Woman website.