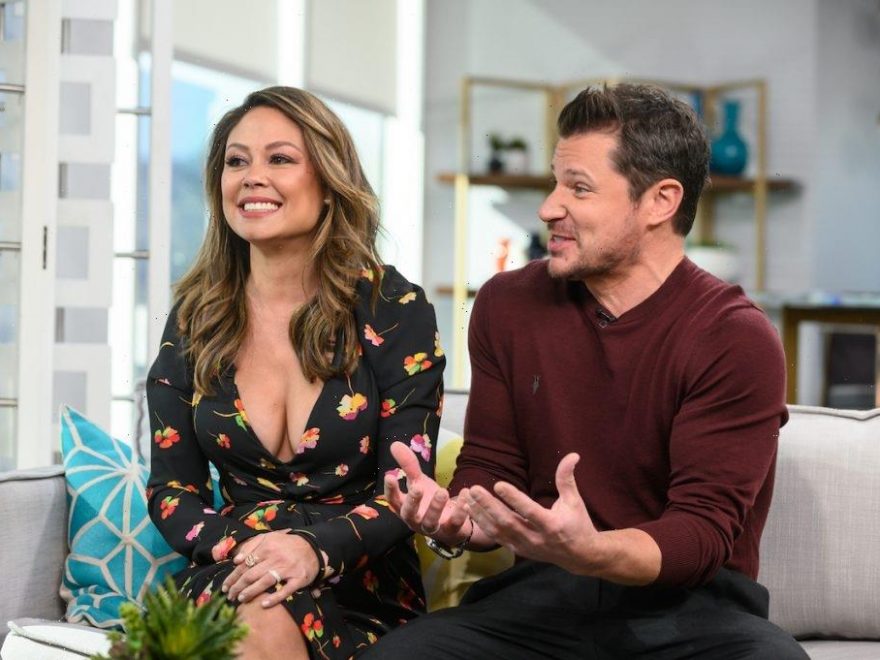 Love Is Blind hosts Nick and Vanessa Lachey have been together for 14 years and married for 9 years. They both have had successful TV careers separately. Nick was the lead singer of the boy band 98 Degrees; Vanessa was a correspondent for Entertainment Tonight and hosted MTV’s Total Request Live.

The couple’s experiences in entertainment built the foundation for their time on Love Is Blind. But Nick and Vanessa still surprised fans with their admissions during the heated Season 2 reunion episode.

The duo’s romantic journey began as Nick and Vanessa got steamy in a music video back in 2006. The video was for Nick’s single called “What’s Left of Me” and Vanessa starred in it. The NCIS: Hawai’i star admitted to Billboard that the experience ‌pushed their relationship further. It “made them no longer friends and it got romantic.”

Of course, prior to Nick’s “What’s Left of Me” release, the 90 Degrees star and former wife, Jessica Simpson, finalized their divorce after four years of marriage. Given the extremely public nature of their relationship, Nick’s next love interest, Vanessa, seemed more hush-hush.

Vanessa’s secret to a happy marriage is communication. The 41-year-old also adds, “If you can see a therapist.” She doesn’t believe in leaving things unsaid or hidden.

When it comes to keeping it steamy and romantic,Vanessa says, “You have to remember why you got here in the first place. And you can’t just kind of let the kids take over your world, which is our most important priority. Don’t get me wrong, but the family starts with our foundation.”

No wonder they both believe in the idea behind Love Is Blind. Vanessa likes the concept of talking to a potential partner and asking question after question so you can get to truly know them.

This is how their long-distance relationship started. Nick resided in LA and Vanessa worked in New York. He said, “Those calls with ‘V’ were the best. It really helped us build a strong emotional foundation that still helps us to this day.” Nick strongly believes they would still have chosen each other if they went on Love Is Blind, as he echoes on the Season 2 reunion episode.