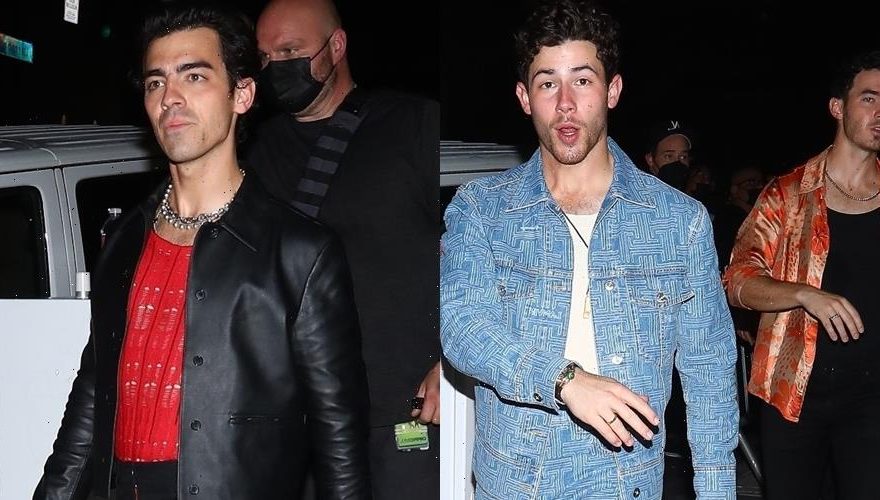 The Jonas Brothers are heading home after a concert!

Nick, Joe and Kevin greeted their fans as they left their performance at The Viper Room in West Hollywood, Calif. on Friday night (October 29).

Kevin stepped out in a a black tank top and jeans, which he paired with a sheer Hawaiian shirt.

It was announced earlier this week that the JoBros would be starring in a new comedy-special at Netflix called Jonas Brothers Family Roast!

You can check out their announcement video here!