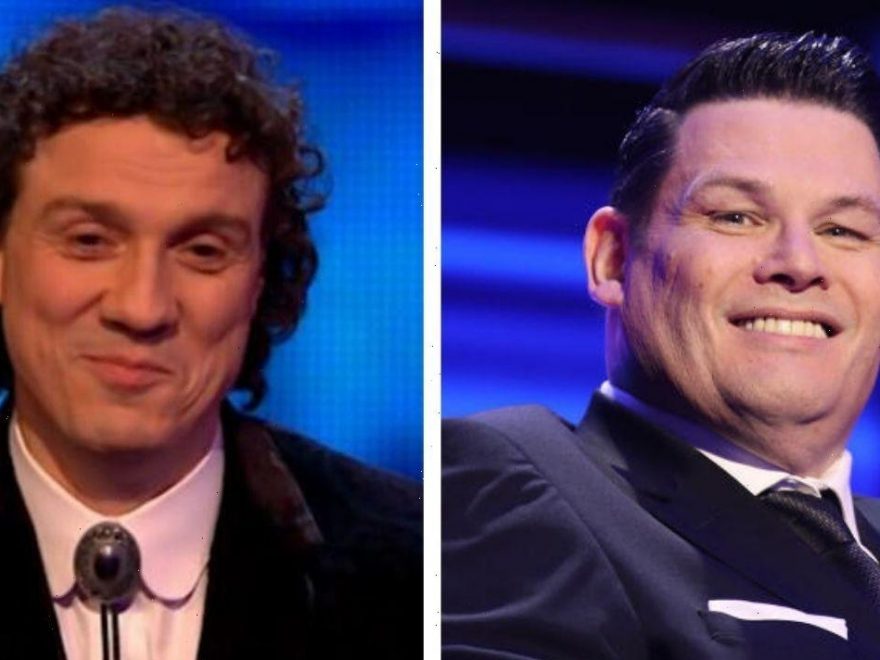 The Chase: Darragh Ennis tells player he was 'really bad'

Formidable quiz show regular Mark Labbett, also known as The Beast, will not be returning to The Chase USA after TV network ABC decided against renewing his contract. However his replacement, Victoria Groce – who represents the only female on the panel – tweeted a jokey message that got Darragh Ennis thinking about new names for Mark on the UK version of the show.

The contestant is usually eaten

“One of my brothers had never seen #TheChase before I was cast, and he sent me this back then,” Victoria wrote via her Twitter account, @GraceWithAnO.

The message quipped: “Sent this description to a friend. High level accurate enough?”

It continued: “Not sure the exact rules, but the contestant can do some stuff to put some distance between himself and the trivia bear, then they set the trivia bear loose and see if the gap holds.”

Finally, he added jokingly: “The contestant is usually eaten.”

Darragh Ennis responded to her tweet with enthusiasm, quipping: “This is brilliant. From now on The Beast is Trivia Bear as far as I’m concerned.”

However some of the quiz genius’s followers took the opportunity to playfully poke fun at what Darragh’s spirit animal on the show might be.

“Well he certainly has the right hair for a Bichon Frise or maybe a Poodle,” @minaciousminx40 replied.

Meanwhile, referring to Mark’s substantial weight loss in recent months, @kokoken53 pointed out that he would appear as “a smaller bear than he used to be”.

Darragh’s previous tweets would suggest that he certainly sees the trivia bear description as an accurate way to describe Victoria.

The Menace once admitted that he had been completely “battered” by her mental agility.

“I have been absolutely battered by the wonderful @GraceWithAnO in online quiz a few times, usually while she was knitting,” he joked.

Meanwhile Mark has admitted he was “gutted” when he learnt his time on The Chase USA was over.

Earlier this year, some of his 158,000 Twitter followers questioned whether the star had been axed due to contractual obligations from The Chase Australia.

However Mark bluntly countered: “No they just didn’t renew me. No reason was offered.”

@croth4 tweeted back: “I always imagined your participation would be a limited engagement that we should enjoy as long as we could – they simply can’t keep the best around forever. You’re unparalleled sir!”

He added in encouragement: “Thanks for giving us some more fun and showing yet again that it’s cool to be intelligent.”

Mark has been a firm favourite with fans both sides of the Atlantic during his quiz show legacy.

He has also made the headlines for his successful weight loss efforts, initially slimming down from 5XL to 2XL but telling fans an even bigger transformation was planned for the future.

Followers can also expect to see Mark reunite with Brooke Burns for the upcoming season of Masterminds.