Queen Maeve (played by Dominique McElligott) seemingly sacrificed herself to protect the team from Soldier Boy (Jensen Ackles) in the gripping third season finale of The Boys. Although showrunner Eric Kripke has confirmed the superpowered heroine will be taking a break from the Amazon Prime Video series, he has assured fans she’ll be making at least one more appearance before the comic book satire comes to an end.

Losing out on the chance to take out Homelander (Antony Starr), Maeve instead leapt bravely out of Vought Tower to ensure Soldier Boy couldn’t take out the whole gang with his destructive abilities.

Although she lost her powers in the process, her sacrifice means she’ll be able to go into hiding and enjoy a life of privacy with her girlfriend, Elena (Nicola Correia-Damude).

“At no point did I ever consider killing Maeve, from the very, very beginning [of the series],” Eric explained. 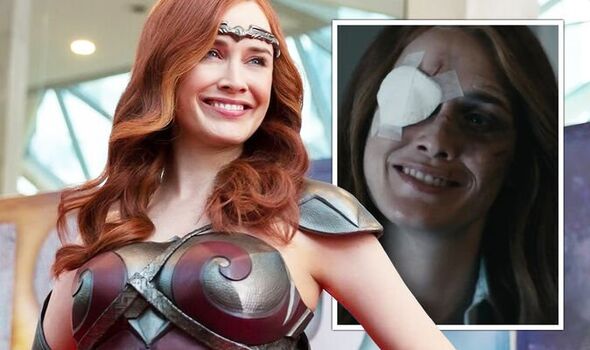 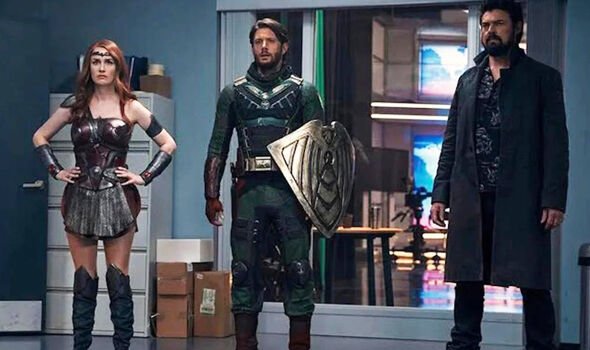 “We were intentionally building to a happy ending for her, always, for a lot of reasons. One, she deserved it.

“Believe it or not, The Boys is a moral universe, and when you make the right choices, you get rewarded, and she deserved a happy ending with Elena.”

While Maeve did manage to survive the ordeal, the outside world will very much believe she died protecting the Seven from Soldier Boy when The Boys returns for season four.

Even so, some fans believe the finale should have gone all the way by killing Maeve off for good.

@namitee19 tweeted: “I thought the finale was a bit underwhelming along with episode seven. The build-up was great but the payoff wasn’t.

“We are back to square one. The Boys together, Homelander alive, Soldier Boy in a box. I was so ready to let Maeve and A-Train go but they didn’t even kill them off.” 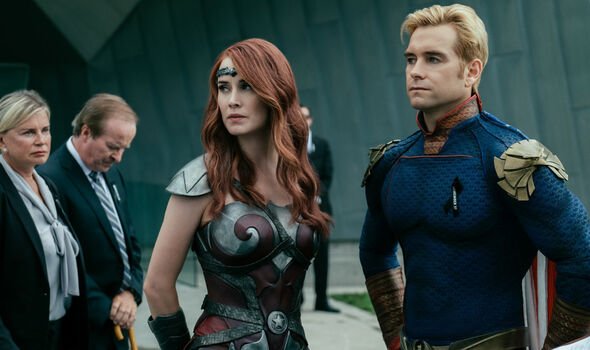 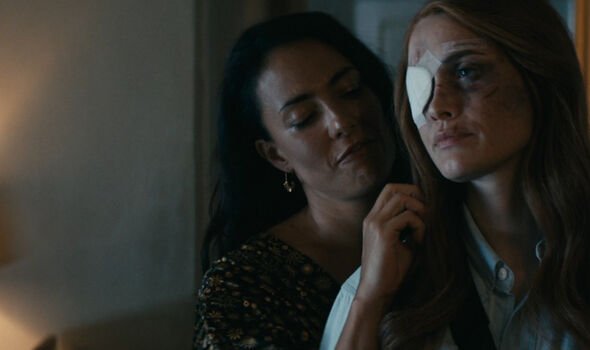 And @viknik312312 said: “Maeve basically died in terms of relevance for the next season, they should have just killed her off.”

However, Eric wanted to make sure the series avoided the much-criticised cliché of killing off LGBTQ+ characters, and will deliberately subvert the trope going ahead.

He assured to TVLine: “I am not going to fall into the trope of killing off gay characters.

A number of popular TV series throughout the years – perhaps most recently Killing Eve – have caught backlash from fans for killing off LGBTQ+ characters.

While Maeve has had to keep some parts of her personal life private from the media, Eric wanted to make sure her sexuality was treated with the respect she deserves.

His approach to the character could even evolve to the de-powered Maeve becoming an even more well-rounded and integral part of the series going ahead.

“I’ll admit that I think we’re playing around a little with that trope by letting people think she’s dead,” Eric continued.

“And they’re going to shout at their TV and be really upset by it, but then [we] reveal she’s actually going to go have a nice, power-free life with her girlfriend. So hopefully that will take the sting off it.”

Maeve’s death has already made a huge impact on The Boys, and the ripples will continue to be felt when the comic book hit returns for its confirmed fourth season.

However, for now, Eric isn’t confirming how soon Annie (Erin Moriarty) and the rest of the team will be paying a visit to the ex-Supe.

He finished by teasing: “[Maeve and Dominique are] going to definitely take a break… but the series will definitely not end without seeing Maeve again.”

With Maeve in hiding, Black Noir (Nathan Mitchell) dead and Annie out of the running, Homelander could have to recruit some even deadlier and obedient Supes when The Boys return for their next fight against the Seven.

The Boys seasons 1-3 are available to stream on Amazon Prime Video.