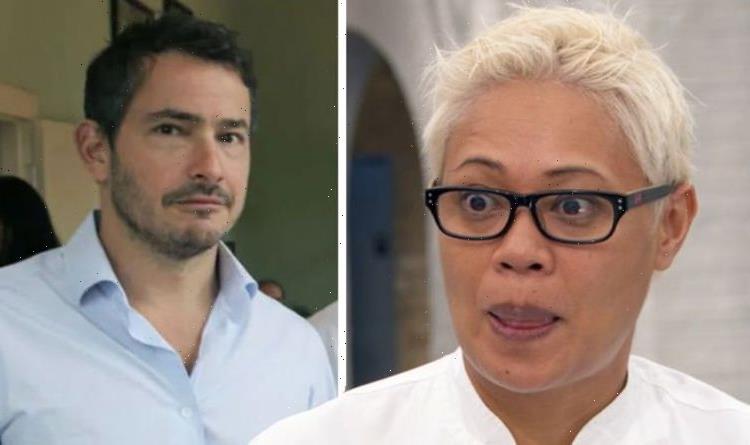 Monica Galetti, 45, is known for being quite a harsh critic on MasterChef: The Professionals, and now she’s admitted there’s something that annoys her about her Amazing Hotels: Life Beyond the Lobby co-star Giles Coren, 52. And this one thing in particular makes her turn around and walk off with impatience.

I just want to get on with it!

The pair have worked together since 2017 but in a new interview, the chef touched on Giles’ quirks.

“Because he’s so intelligent, Giles needs to understand every single part of the sequence that we’re about to film,” Monica explained.

“That drives me mad.

She continued to tell Radio Times: “He says that if I get fed up with something, he turns around and I’m gone.

The popular BBC programme sees the two hosts visit famous and lavish hotels across the world.

During their stays, they take on various jobs to find out how things really work at the establishments.

Filming for the new series is currently underway, but the locations have all been dependant on Covid travel restrictions.

However it’s worked out well for Monica.

“I’m currently filming the last episode of the series in London,” she said.

“It’s been great being able to nip back to my restaurant [Mere] in the evening!”

She went on: “Filming has all been dependent on the travel green list.

“For example, we were supposed to be out in Jamaica and then just two weeks before we went it was moved to the red list.”

Earlier this year during a separate chat with the publication, Monica recalled an Africa trip she and Giles went on, where they stayed at Giraffe Manor, a hotel in Kenya where giraffes interact with guests.

Jokingly revealing that she loves any pool she can “push Giles into”, the restaurant owner went on to admit that she wished she was with someone else.

She said: “The place I most missed my husband and family was when I stayed at Giraffe Manor, which is a crazy hotel in Kenya where giraffes wander around sticking their necks in through the top-floor windows for snacks.