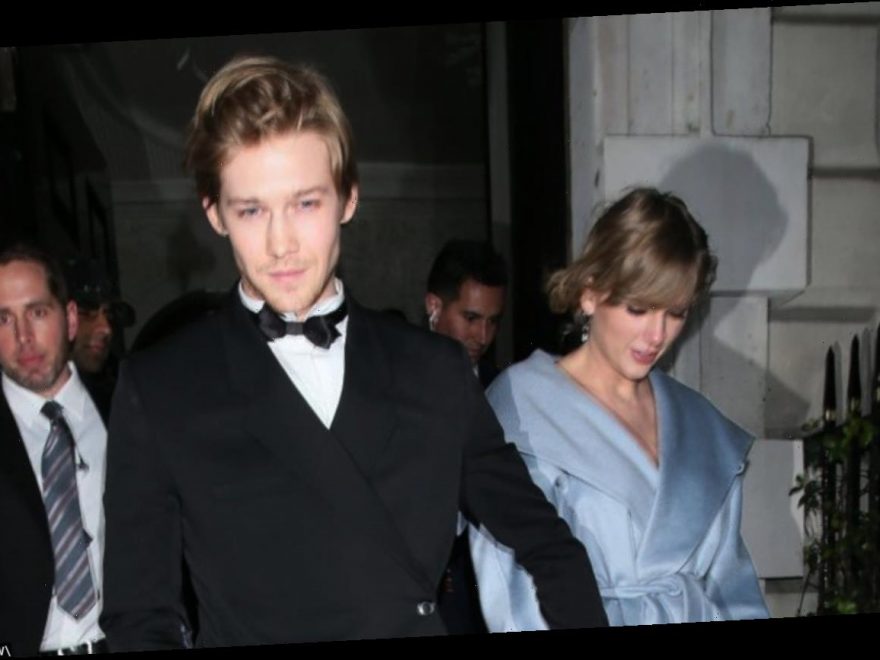 In a revealing new interview, the ‘It’s Time To Go’ songstress divulges that she was once told ‘to stay out of [politics]’ because she is a country musician.

AceShowbiz –Taylor Swift‘s boyfriend Joe Alwyn has apparently played an important part in her being vocal about her political views. When discussing her “Miss Americana” documentary with Vanity Fair, the “Cardigan” singer divulged that the “Billy Lynn’s Long Halftime Walk” actor was the one who encouraged her to speak out more.

“As a country musician, I was always told it’s better to stay out of [politics],” the 31-year-old star told the outlet via email. “The Trump presidency forced me to lean in and educate myself. I found myself talking about government and the presidency and policy with my boyfriend, who supported me in speaking out.”

Taylor further admitted that she is “proud” to be vocal about her stance. “I started talking to my family and friends about politics and learning as much as I could about where I stand. I’m proud to have moved past fear and self-doubt, and to endorse and support leadership that moves us beyond this divisive, heartbreaking moment in time,” she pointed out.

The “It’s Time To Go” songtress also opened up about the story behind her song “Only the Young”, which was written in 2018. “Almost the entire process of creating that song, I was fighting back tears because I was so sad about the results of the midterm elections in my state and the losses faced by superb Democratic candidates in states like Georgia and Texas,” she wrote.

“I didn’t want the defeat and hopelessness I felt for our country’s future to get the best of me. I didn’t want to weep,” the multiple Grammy winner continued. “I wanted to have hope. Writing ‘Only the Young’ helped me push through that moment in my life and gave me the hope to keep fighting for what I believe is right.”

Of the track, Taylor further explained, “This particular song, and the process of creating it, was a perfect example of how visceral writing a song can be.” She then concluded, “You try to transport yourself back to a time you felt intense emotion and write from that place. Every once in a blue moon, you end up in the studio at the exact moment you’re feeling that raw emotion.”