Strictly’s Bruno Tonioli reportedly asked producers to re-shoot a scene after saying ‘fat’ during the semi-finals on Sunday.

The judge, 64, is said to have been encouraging comedian Chris Ramsey – who narrowly avoided a position in the final – ahead of his dance-off with Karim Zeroual by stating: ‘It’s not over until the fat lady sing’.

Moments after saying the well-known phrase, ballroom pro Bruno is believed to have requested the crew to film his comments again as he shared: ‘Oh, I can’t say that any more. You can’t say “fat” on TV.’ 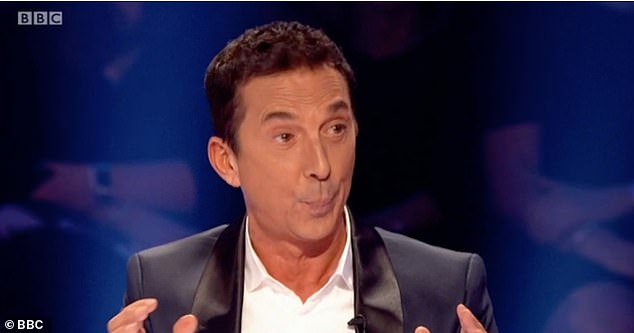 Better safe than sorry: Strictly’s Bruno Tonioli reportedly asked producers to re-shoot a scene after saying ‘fat’ during the semi-finals on Sunday

A show insider told The Sun: ‘Bruno is just conscious about offending people. It’s the last thing he’d want to do so it’s better just to be safe.

‘The BBC are incredibly sensitive right now. Obviously it’s filtering down to its stars. The audience didn’t have any issue but accepted it’s the new world we’re living in.’

MailOnline has contacted BBC and Bruno’s representatives for further comment.

During the results’ show, funnyman Chris, 33, became the latest celebrity eliminated from the BBC competition series. 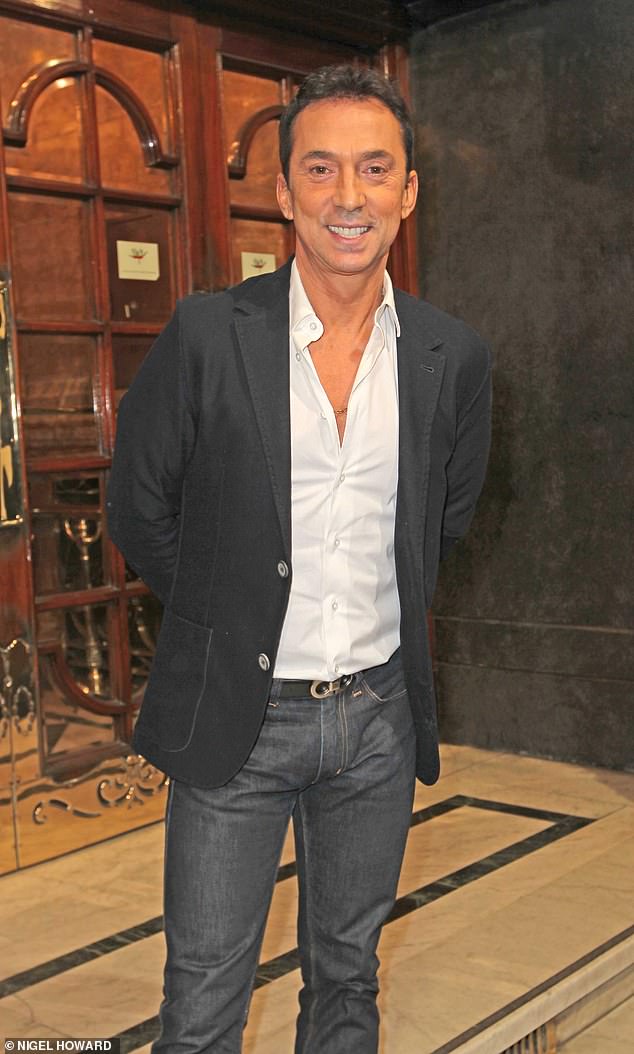 Well-known phrased: The judge, 64, is said to have had a change of mind after stating: ‘It’s not over until the fat lady sing’ 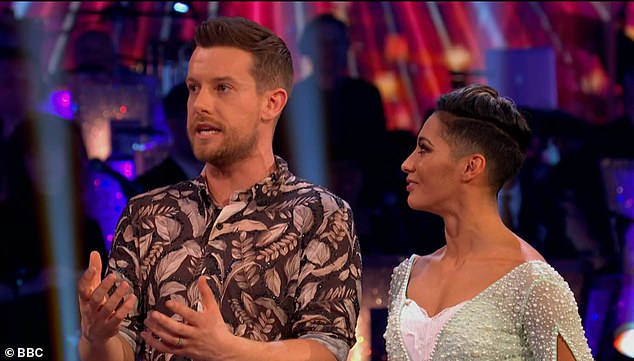 He’s out! Bruno is said to have been encouraging comedian Chris Ramsey – who narrowly avoided a position in the final – ahead of his dance-off with Karim Zeroual

The TV star and his professional dance partner Karen Hauer, 37, were given the boot after they landed in the bottom two against actor Karim and Amy Dowden.

Despite his departure, Chris told presenter Tess Daly he was ‘astounded’ to even make it to the semi-finals, and paid tribute to his ‘amazing’ partner Karen for transforming him into such an accomplished dancer.

They will join Emmerdale star Kelvin Fletcher and Oti Mabuse along with EastEnders star Emma Barton and Anton du Beke. 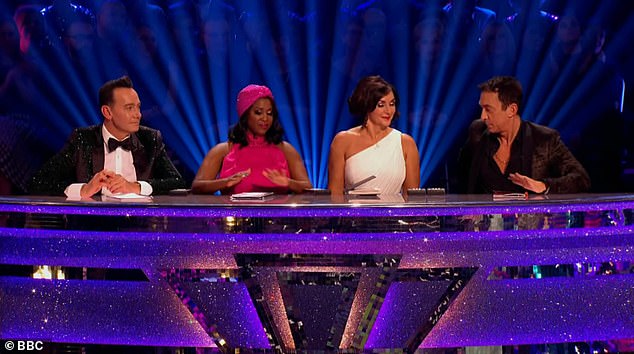 Remarks: Ballroom pro Bruno is believed to have requested the crew to film his comments again as he shared: ‘Oh, I can’t say that any more. You can’t say “fat” on TV’

Following his elimination, Chris was warmly embraced by his fellow Strictly stars as they congratulated him on making it to the semi-finals.

Speaking to Tess, 50, about his departure he said: ‘Wow, I am very proud of myself. I never ever thought I would make it past week two, genuinely I had no expectations whatsoever, I am astounded and I’ve got to thank Karen, she is just amazing and is just amazing and so patient its crazy!

‘She is awesome. I had sleepless nights in the build up and there is no-one else who can have made it what it has been.’ 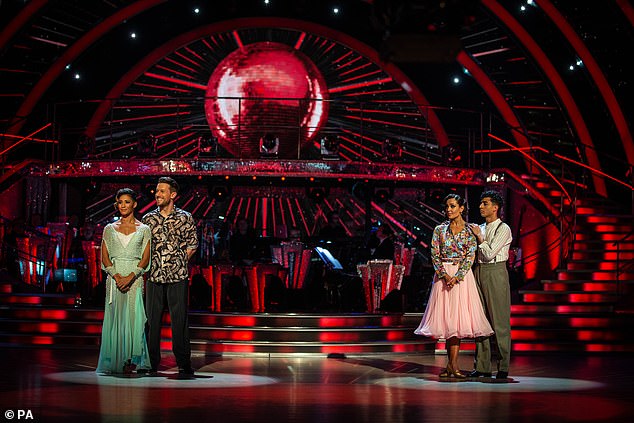 Past: Funnyman Chris and pro partner Karen dodged elimination last week after head judge Shirley chose to save them in the dance-off (Karim and Amy Dowden pictured right)

Karen had equally kind words to say about her partner, and admitted she’d had a ball during the twelve weeks of training with him.

She said: ‘This has been a giggle fest. Thank you judges for being so amazing to us. You are an amazing family man who I admire.

‘You are awesome and I appreciated you literally from week one, not knowing how to walk, and now you are a semi finalist and you have made all of us proud and have inspired all of us and I want to thank you for being awesome.’

Chris was eliminated from Strictly after the judges unanimously chose to save Karim and Amy in the dance-off, with Craig Revel Horwood saying: ‘Well I loved the story telling, particularly in both dances and I’m going to vote on the technique and for me technically the best couple were Karim and Amy.

Bruno Tonioli agreed: ‘With no disrespect, both were highly entertaining. I love you both, thank you for three months of great dancing and great entertainment. I have to choose the best dancer – Karim.’ 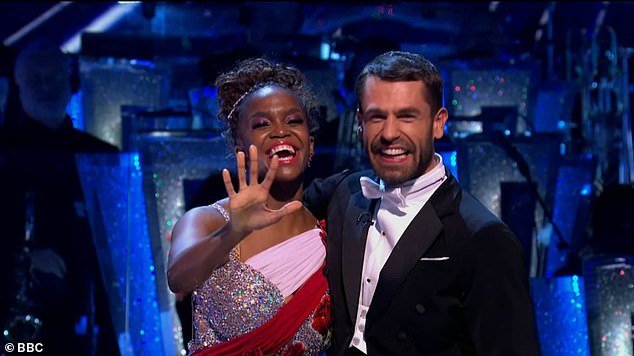 Beaming: Kelvin Fletcher and Oti Mabuse appeared in great spirits as they were sent through to the finals 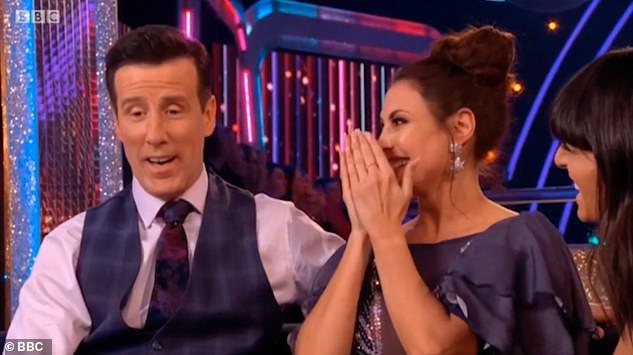 Finalists: Emma Barton and Anton du Beke couldn’t contain their delight as they gear up for the finals