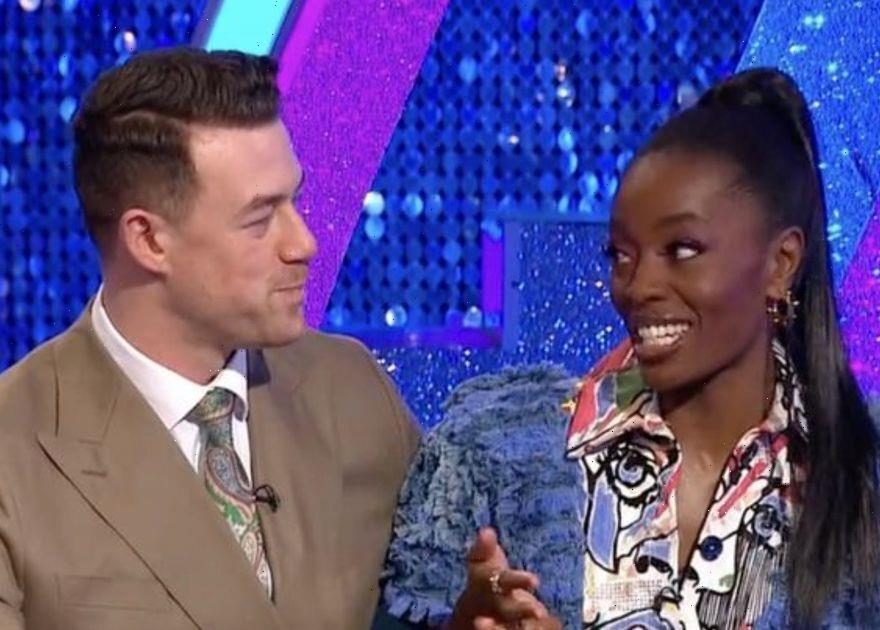 Strictly Come Dancing stars AJ Odudu and Kai Widdrington have finally spoken out about the rumours they’re secretly "dating" and now they've responded to a grilling from presenter Rylan Clark.

It came following their incredibly steamy routine to the Argentine Tango that set screens alight during Saturday night’s competition on BBC One.

Questioned by the It Takes Two host on Tuesday, October 26, radio presenter AJ and her professional dance partner giggled away as they revealed the truth from the sofa.

"The passion during this routine set the rumour mill going," Rylan began.

"Can we settle a few scores here, please?

“I have known AJ for many years, I know she can't lie to me," the host joked – referring to when he presented alongside her on Big Brother’s after-show in 2013.

Grinning at AJ, Kai answered diplomatically: “If people react like this it means we're doing something right, because that's the way the dance should be danced.

"It was a very passionate song, a real fiery piece and very intimate.

"And that is the characterisation of Argentine Tango.”

The dancer went on to insist that the sparks flying in the studio were simply down to their incredible partnership and chemistry as dancers, and only goes to prove how much AJ has improved since they began on the show.

“So if people want to think that, then great… but we were just doing our job and [AJ] did a great job,” Kai added.

Satisfied with their responses, Rylan moved on to discuss the pair’s electrifying dance plans for Halloween week.

The duo are gearing up to dance a dramatic Viennese Waltz with the backdrop of Ariana Grande’s Dangerous Woman.

AJ teased: “I am Medusa and I'm going to turn Kai into stone and I love it.

"Essentially, he's gonna be under my spell,” the star added with a laugh.

Strictly Come Dancing returns Saturday at 7.10pm on BBC One.

For all your latest updates on this year's Strictly Come Dancing stars, sign up to OK!'s daily newsletter.