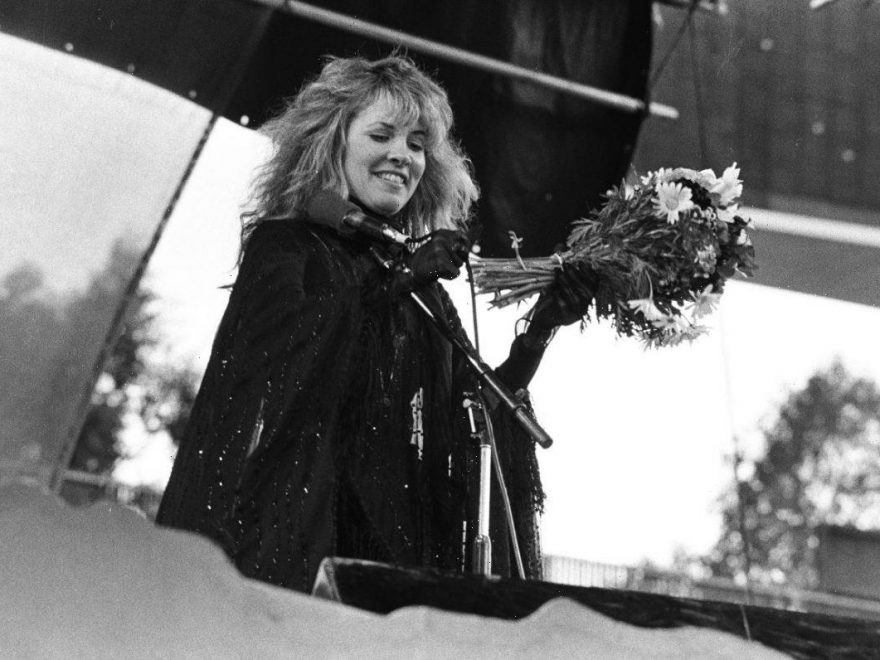 Stevie Nicks places a high value on romance — several of her boyfriends have been great loves of her life, and she writes about the subject in her journal. Nicks generally appreciates a romantic gesture, but she said that some fell flat. While many appreciate flowers as a token of affection, Nicks said they disappointed her, particularly when a musician gifted them.

The Fleetwood Mac singer catalogs moments of romance in her journal

Nicks writes about any instance of romance in a journal she’s kept since her early days in Fleetwood Mac.

“When I keep my journal, it’s big, like a telephone book, because I always feel that that will never get lost,” she told The New Yorker. “So what I do is I write on the right side of the page, and then on the left-hand side I write poetry, which I usually take right out of my prose.”

In Nicks’ eyes, romance does not solely refer to her relationships with other people.

“When I say the word ‘romantic,’ I don’t necessarily mean romantic as far as having a guy or somebody in your life,” she explained. “I mean just the halcyon days or, just, remember the way that the air felt on your skin, or the way your hair felt when the wind blew through it, or the way that the trees sounded, or that kind of thing.”

Stevie Nicks named the gesture by her boyfriends that upset her

Nicks is a musician and, naturally, has dated several people in her field. Without going into specifics about her partners, she has written about what it’s like to date another successful musician. In the song “One More Big Time Rock and Roll Star,” Nicks writes about a partner who sends flowers instead of being there himself.

“It’s such a rock-star thing to send flowers,” she told the Boston Globe in 1998. “It’s sick to send a $150 arrangement of flowers and think that that’s going to make it OK.”

She expressed her belief that it wasn’t worth it to date that sort of person.

“Nobody needs one of those,” she said. “They are a pain.”

Nicks has even actively warned her friends against dating musicians, telling Sheryl Crow to never fall in love with someone in a band.

Stevie Nicks may not like flowers from her boyfriends, but she appreciates when fans gift them

When Nicks performs, fans often give her gifts. She donates many of these to charity, but she said she keeps the flowers. Evidently, she’s much fonder of flowers when they come from fans.

“On the last tour I took all the flowers and dried them and made incredible potpourri and made little velvet bags and filled them with the petals for the crew,” she told Rolling Stone in 1994. “We gave them this fabulous little magic bag at the end of the tour. The crew are such guy guys, but they’re so precious. They seem to love the little bit of a feminine touch that going on the road with me gives them.”