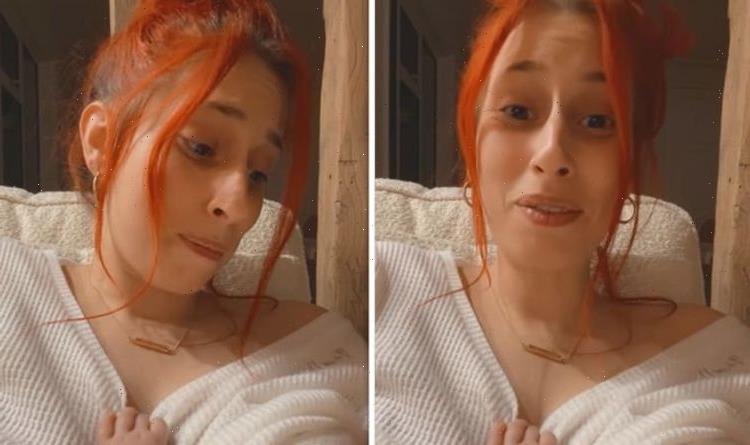 Loose Women star Stacey Solomon has told her fans that her maternity leave will end next week after she gave birth to her daughter Rose towards the end of last year. The former X Factor finalist and her fiancé Joe Swash welcomed their daughter into the world on October 4.

Stacey, 32, took to Instagram to address her 4.9 million followers, speaking out about her decision to return to work.

In a video of her breastfeeding her newborn, Stacey explained why she needed to return to work now, given that most working mums tend to opt for a minimum of six months off.

In a candid Q&A session, one fan asked: “Awww why is your maternity only 3 months?”

She replied: “So many of you are messaging me this. I know it’s not long enough. I could be in this bubble forever and ever.

“But I’ve got one of those weird jobs where you never know if you’re going to get work or not and nothing is guaranteed.

“So you’ve just got to make the most of any opportunity that comes along.

“And also, a lot of my contracts are 12 month contracts that have been squeezed into nine months so that I can have the three months off,” she continued.

“And I don’t think I can squeeze them into any less, so I start back up next week.”

The star went on to explain that she would be easing herself back into the world of work with a photoshoot with InTheStyle, which she admitted she is “really excited about”.

She shared: “Ultimately I’m just so lucky and privileged that I’ve got a job to go back to, let alone a job that I absolutely love.

“They’ve also supported me with my breastfeeding. All the companies I’ve worked for have said they’ll support me because I don’t want to give it up.

“I feel like I’ve worked really hard to get to this point so, although I’m going back, I’m extremely lucky.

In the accompanying caption, she wrote: “As daunting as it is going back (because it is, I’ve loved this special time so much) I’m so privileged to have a job. (sic)

“Let alone a job I absolutely love, who will support my breastfeeding and that is a huge privilege lots of people don’t get.

“So I’m extremely lucky and grateful and looking forward to going back.”

Stacey is planning to tie the knot with actor and former I’m A Celebrity… Get Me Out Of Here! presenter Joe, 39, later this year.

The former EastEnders star proposed to Stacey on Christmas Eve of 2020 and the pair have set a wedding date for July 2022.

The star also has two sons from her previous relationships: 13-year-old Zachary and nine-year-old Leighton.

In addition, Stacey is stepmother to Joe’s 14-year-old son Harry, whose mother is the latter’s ex-partner Emma Sophocleous.