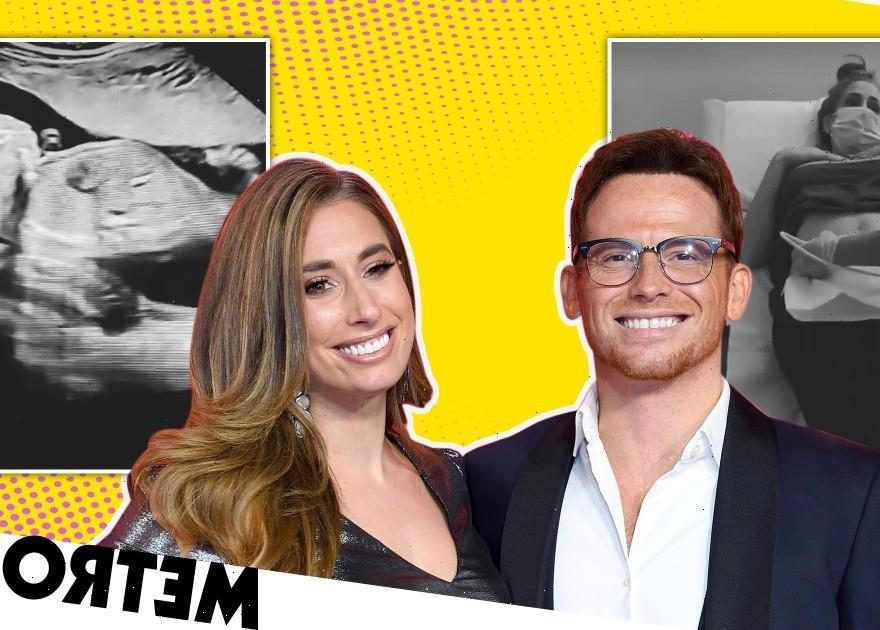 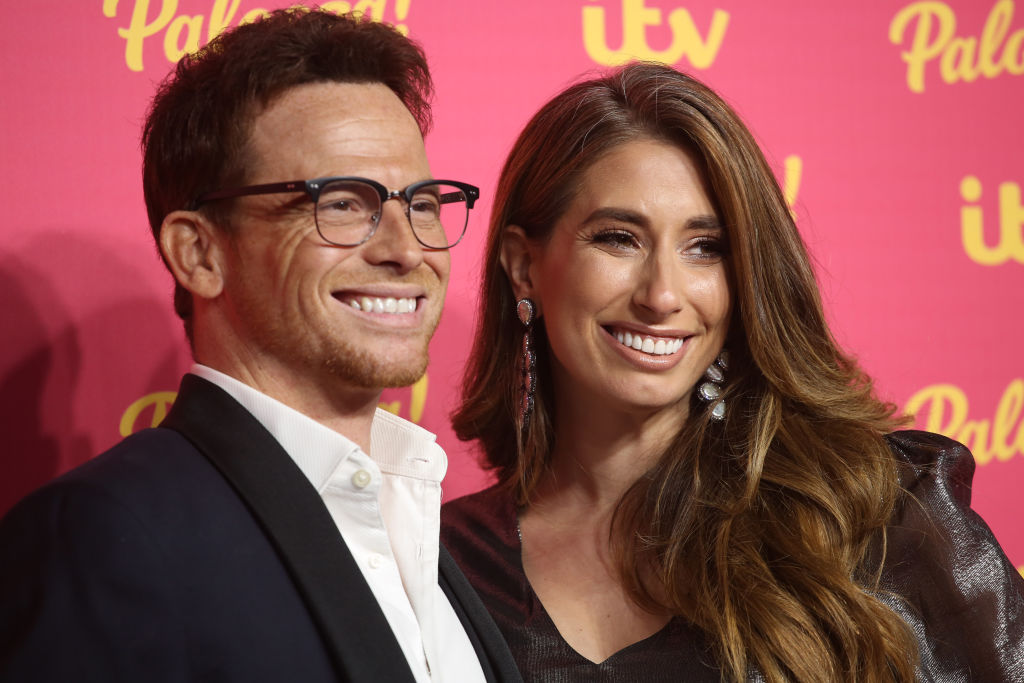 Stacey Solomon and Joe Swash’s family of pickles is growing by one.

The couple, who already share two-year-old son Rex and have another three sons between them, have confirmed they are expecting another baby, after suffering several miscarriages.

Sharing a picture of a negative pregnancy test, Stacey, 31, said: ‘For a really long time we have been trying for another pickle… It didn’t work out and this was our news quite a few times… We decided we were so lucky already to have our boys. It is our biggest privilege in life and we are so grateful to be parents so we stopped trying and counted ourselves so so so blessed already…’

However, after feeling ‘yuck’ for a while, Stacey got tested, and the couple were delighted to ‘hear an extra heartbeat in my tummy’.

Fans are delighted for Stacey and Joe, 39, who have been together for five years.

Stacey and Joe meet in the jungle

Their relationship actually spans back to 2010, when Stacey was crowned queen of the jungle on I’m A Celebrity… Get Me Out Of Here!

Joe, who had won the show in 2018, was hosting the ITV2 spin-off, and the pair became friends, although romance didn’t blossom as Stacey was in a relationship at the time.

After Stacey’s split from Jackass star Steve-O, rumours began to swirl that she and Joe were dating in 2016 after they were pictured arm-in-arm.

Their romance was confirmed in January, with Joe saying he was ‘really lucky’, and they made their first red carpet appearance together at a Game Of Thrones screening two months later.

Stacey joined her beau to host the I’m A Celeb spin-off later that year and the couple gained a huge legion of fans, who were tickled by Stacey’s social media updates and admissions on Loose Women that she wanted babies with the actor.

Speaking to Hello! in 2017, Stacey said: ‘It’s going really, really well. I’m so happy. Everyone says we’re made for each other.

‘We are like the same person, we come from really similar backgrounds and we’ve got so much in common. He’s absolutely lovely, I’m so lucky.’

The actor is also dad to Harry, 13, with former fiancée Emma Sophocleous.

Joe confirmed the birth of their son in May 2019, sharing a picture of Stacey in the hospital bed with their baby and writing: ‘This morning. A lot earlier than planned I watched the love of my life, bring a new life into the world. We are overwhelmed, overjoyed and apprehensive of what’s to come. Mummy and baby are well and resting. We are so grateful for all of the love, support and positivity we’ve received over the last 8 months.

‘I’m lost for words to describe how I’m feeling. So for now, I’m going to spend the next few days and the rest of my life falling more in love with these two humans. I didn’t think it possible but, today I witnessed the impossible. My partner, My love, my life, you are a super human. I am forever in awe.’

Stacey made no secret of wanting to get hitched, and her dream came true on Christmas Eve 2020 when her beau proposed.

The Loose Women panellist confirmed the happy news as she showed off the diamond ring on her left hand and wrote on Instagram: ‘To the moon and back bub. I have no words.’

Joe chose to pop the question in the woodlands where they walk with their kids every day, assembling a floral arrangement of white roses around a tree as a backdrop to his big gesture.

Their kids were present for the proposal, which was filmed by a hidden GoPro.

Shortly after moving into their ‘forever home’, Stacey and Joe had exciting news to share with fans, as they announced that they’re expecting another ‘pickle’.

After painting the wendy house in their garden, Joe and Stacey’s kids Harry, Zachary, Leighton and Rex stamped their handprints on a bench, next to an ultrasound of their baby brother or sister.

Stacey wrote: ‘We are growing another pickle 👶🏻 We’ve never felt so grateful… I have no words. We didn’t think we would get the chance. We love you all to the moon and back. Lots of love From Me, Joe, Harry, Zach, Leighton, Rex, and our little pickle.’