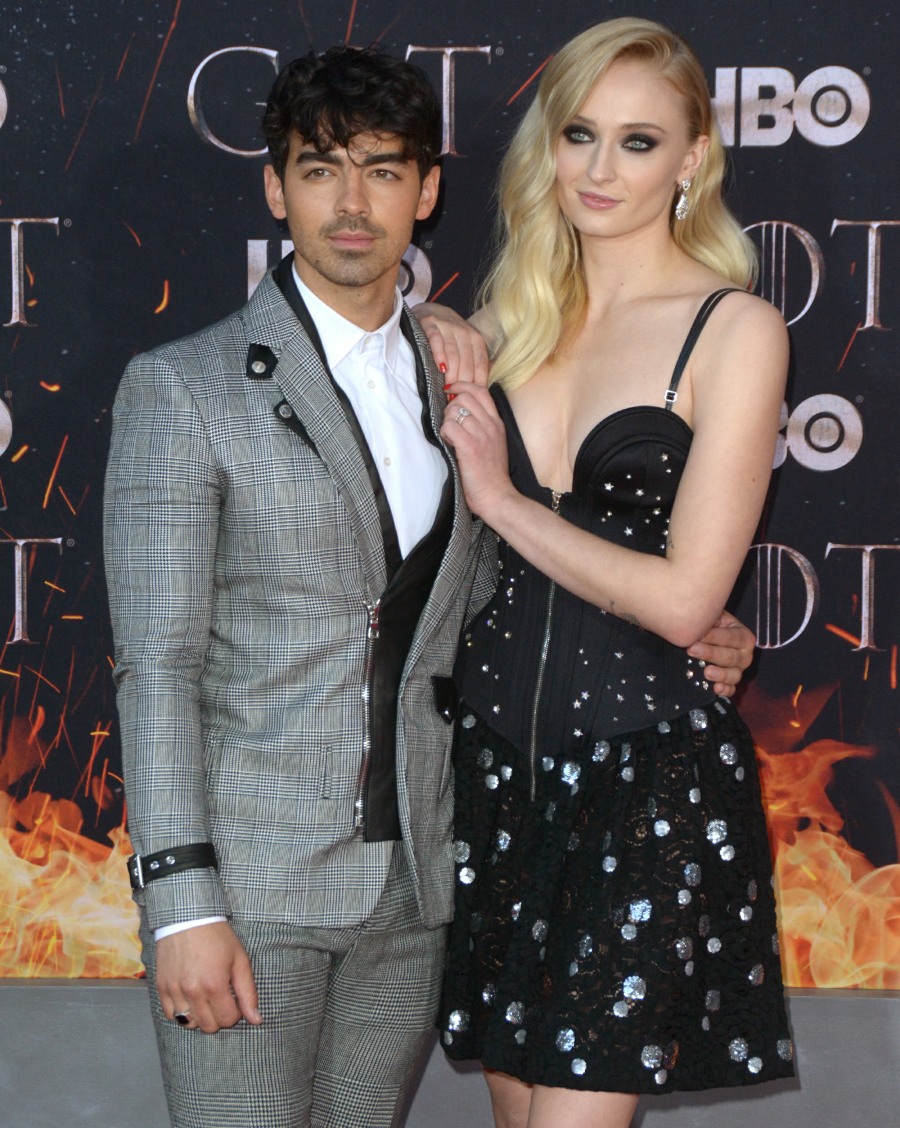 Joe Jonas and Sophie Turner both attended last night’s Billboard Music Awards. They did not walk the carpet together though – Joe walked with her brothers, and Sophie walked the carpet with one of her X-Men: Dark Phoenix costars, Tye Sheridan. Sophie was there as a presenter, Joe was there to perform. They sat together though, obviously, because they’ve been together for several years and they’ve been engaged since October 2017. About that… they up and got married after the BMAs:

Joe Jonas and Sophie Turner just tied the knot! After the couple’s adorable night at the Billboard Music Awards in Las Vegas — where Joe and his brothers performed in their first awards show since announcing the JoBros reunion earlier this year — it seems they hit up a local wedding chapel to tie the knot.

The first hint at the festivities came on Diplo’s Instagram Story, where the DJ shared a clip of Turner in a white dress, entering a Vegas chapel with Jonas and his brothers, who were dressed in suits. “Gonna hit up this wedding real quick,” Diplo captioned the clip. ET confirmed the union with a copy of the couple’s marriage license, which they obtained earlier in the day. Later videos from Diplo’s Instagram showed the Game of Thrones star walking down a short aisle, surrounded by friends and fellow BBMA attendees, like singer Khalid. The actress’ bridal ensemble was completed with a veil and blinking bouquet, as country stars Dan + Shay played their hit “Speechless.”

Weirdly, the vibe wasn’t “crazy Vegas elopement.” Like, they didn’t just suddenly decide to get married while they were sitting at the BMAs. I think they maybe put one week’s thought into it, and Sophie bought a white dress and Joe asked his brothers if they would come with him after the Billboard Music Awards, and maybe while they there last night, they told their friends to come by after the show and watch their wedding. So… that happened. I hope Joe knows he’ll never be good enough for our Sansa Stark. *sob*

Here are Diplo’s IG Stories about the wedding:

Sophie’s BMAs look was Louis Vuitton, btw. She looked like a high-fashion White Walker with her pale skin and blue eyes. 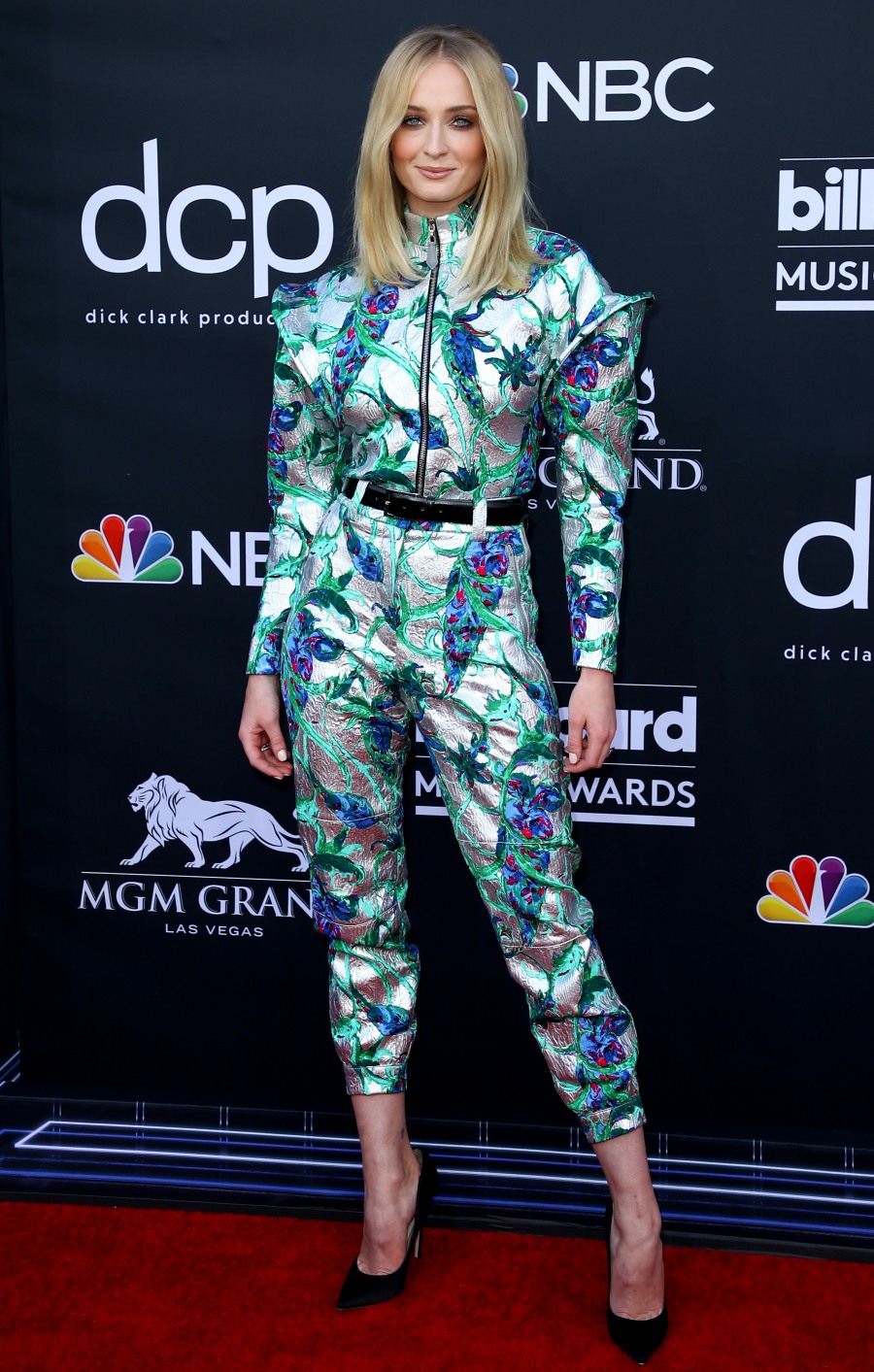 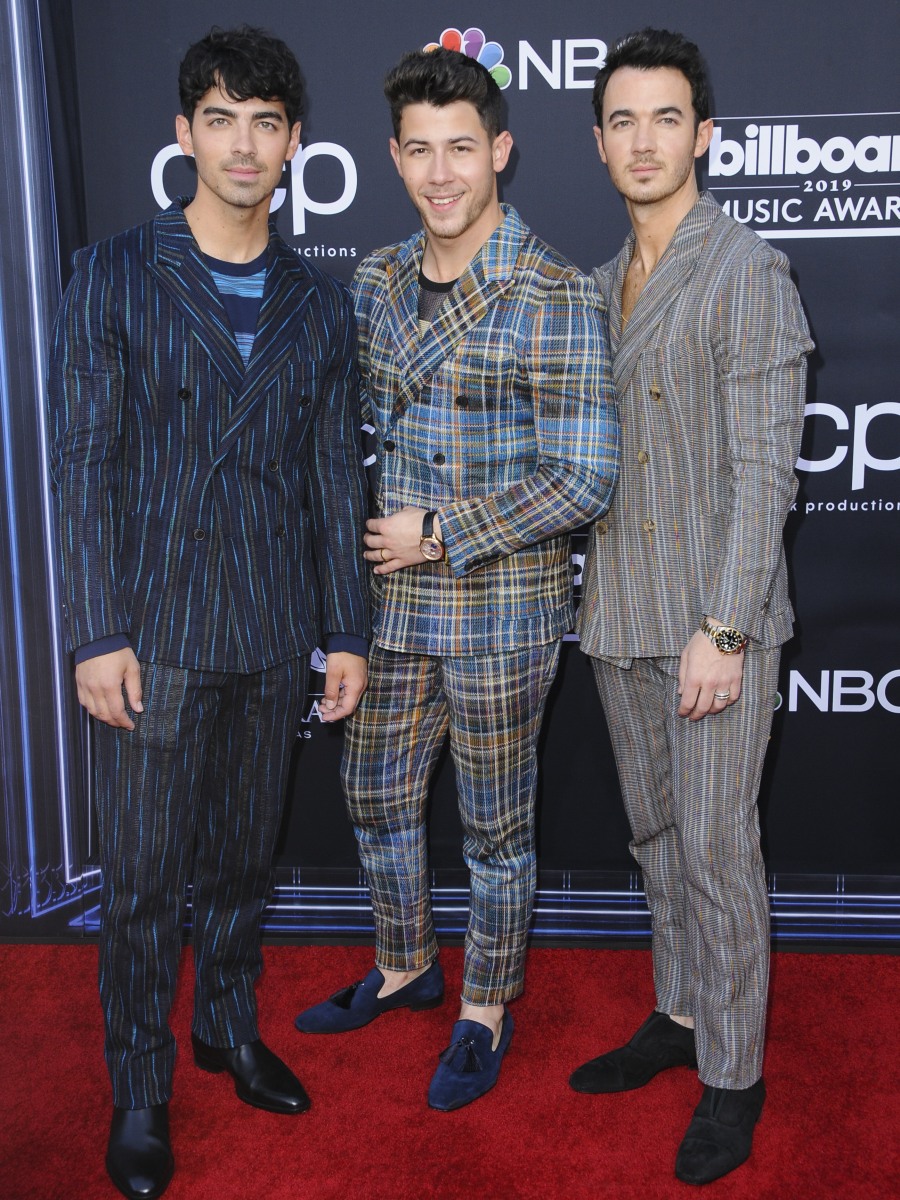