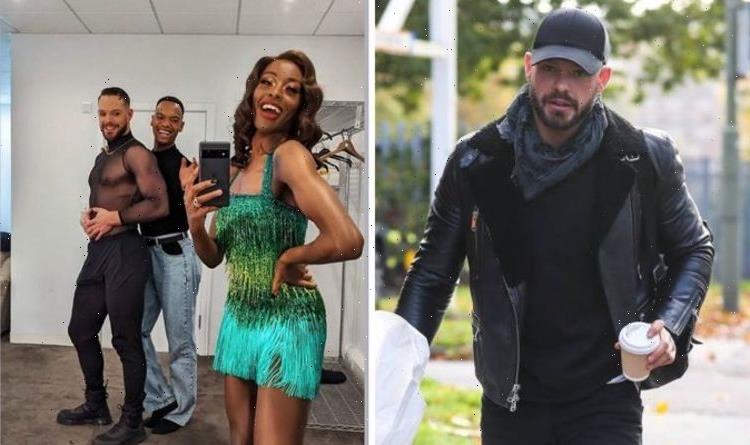 John Whaite, 32, has shared a worrying health update on Instagram ahead of the Strictly Come Dancing quarter final.

We’re doing crazy lifts this week, I’m not going to tell you what they are

The Great British Bake Off winner has seriously impressed fans on this season of Strictly with his powerful performances alongside Johannes Radebe.

The two have made it through to the quarter final after wowing with their Argentine Tango last week.

But the star has now told his 238,000 followers how his physio has made him take a day off from rehearsals to rest while he suffers with major hip pain.

He said: “Going home to rest. My hip flexors are in so much pain and the physio has recommended a day of rest.

John and Johannes will be involved in the upcoming quarter final against AJ Odudu and Kai Widdrington, Rose Ayling-Ellis and Giovanni Pernice, Rhys Stephenson and Nancy Xu – as well as Dan Walker and Nadiya Bychkova.

It comes after some viewers were left frustrated that Dan had progressed again into the next round.

However, John was quick to defend his co-stars in another post he shared this week.

He said: “If you’re trolling any of my Strictly pals (or anyone on the planet for that matter) let me ask you.”

He continued: “What have you done today to be vulnerable?

“What have you done today to be inspiring?

“What have you done today to push yourself out of your comfort zone?

“If the answer is ‘nothing’ then pipe down. Don’t judge a person before you’ve walked a mile in their (dance) shoes.”

John and Johannes shared some major details about their routine, as it is highly anticipated.

Speaking to Rylan Clark on Monday’s episode of It Takes Two, Johannes spoke of how the choreography is “fun, fantastic and tricky.”

He said: “Once again we’re working with Matt Flint this week and he did not hold back.”

John also said: “We’re doing crazy lifts this week, I’m not going to tell you what they are.“

On the subject of their stellar performance on the weekend, Rylan asked Johannes how he felt when re-watching the episode.

He responded: “It fills me with pride and joy, and that’s because John works and is a perfectionist and I love it, he’s that hard on himself so I don’t even have to do much.”

The two received a standing ovation from all judges, except Craig, who instead praised them in his comments.

Strictly Come Dancing airs Saturday at 6.40pm on BBC One