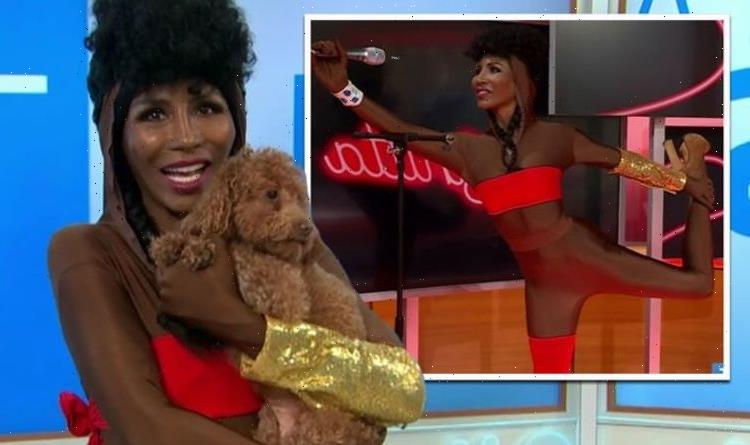 Singer Sinitta turned heads when she appeared on television in an outfit inspired by Grace Jones. The X Factor judge, who transformed herself into the model for an Icons Reimagined project, spoke candidly about her experience with dating apps.

The singer made her admission while chatting to Good Morning Britain hosts Susanna Reid and Adil Ray.

“Sinitta, you just told me that you were kicked off the dating apps, because people didn’t believe it was you,” the former asked.

The 52-year-old confirmed it was true before explaining that she was now nervous of using them. 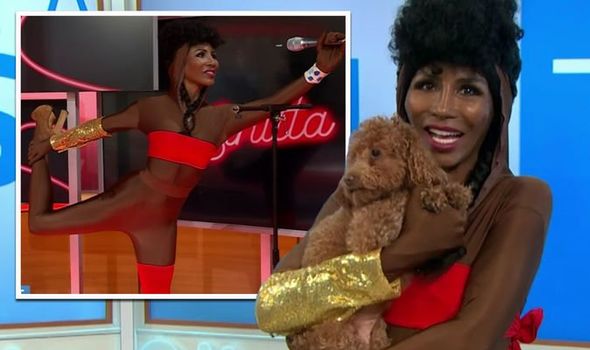 “I was on the Hinge because my single girlfriends were on it and they wanted me to get on it to meet people going for walks. So I said OK I’ll do it, although I thought I’d never do a dating app.

“Signed up and it was all lovely. Then after I’d talked to and sent roses and likes to different people – it was going really well – my account was banned because they thought I was a catfish.

“It’s like when people fake… they didn’t believe it was me,” she explained. 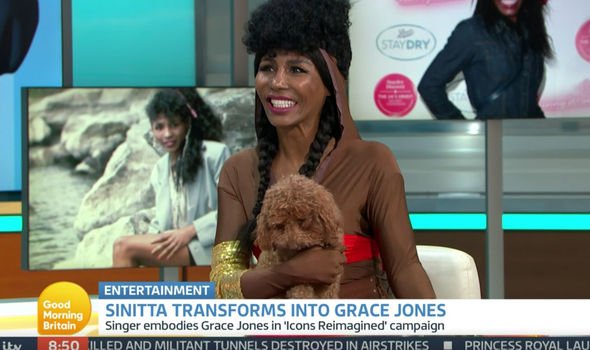 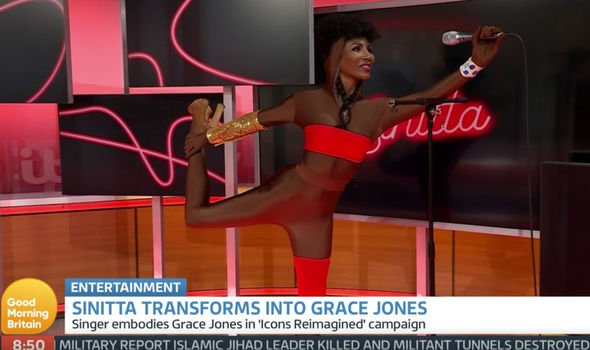 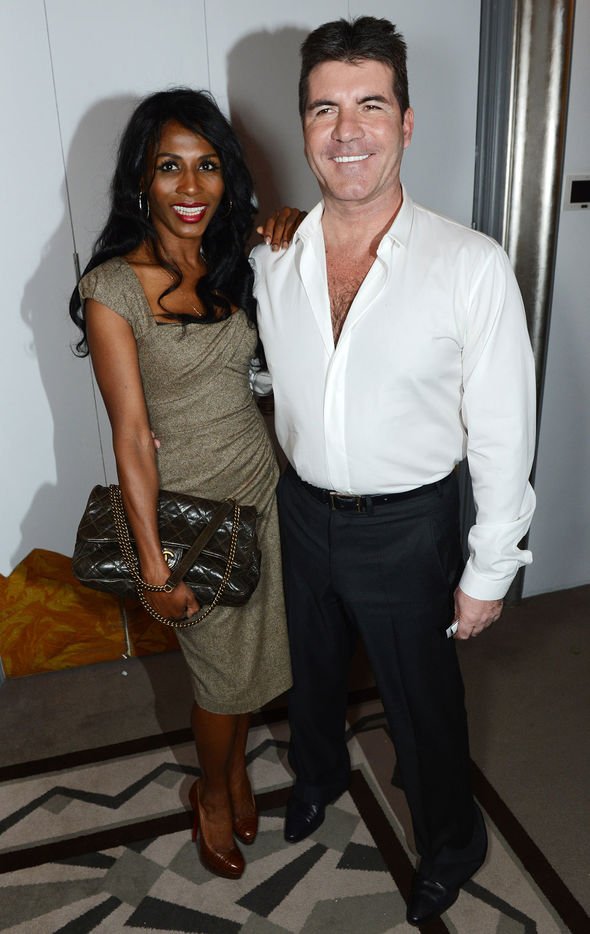 “But you used your own name…” Adil pointed out.

Sinatta said that she had now resolved the issue with the company, but hadn’t actually set up a date yet.

“I have an account but I’m scared to go walking in the park with strangers, sounds a bit strange really,” she admitted.

The former pop star asked if Susanna would do it, to which the presenter confessed that she wasn’t sure if she would.

Sinatta, who was on the show with her dog Scarlet, said that lockdown had affected dating opportunities.

She praised the pooch for helping her through the past year, before giving an update on her pal Simon Cowell.

When she first saw him, she branded him an “idiot” for riding a jet ski, after breaking his back in a freak accident on an electric bike last year.

“I saw him actually at Christmas, because as soon as lockdown lifted I flew out there.

“I would have gone as soon as he had the accident but couldn’t.

“I couldn’t believe it, the first thing I said was ‘idiot,’ he was on a jet ski.

“I was just thinking, if you hurt yourself on a jet ski… should you really be on a jet ski? ‘I know darling but I’m fine, I’m fine,’ she said, recalling Simon’s reply.

“And I was just like ‘stop’ we’ve all been so worried. But that’s how fine he is,” she added.