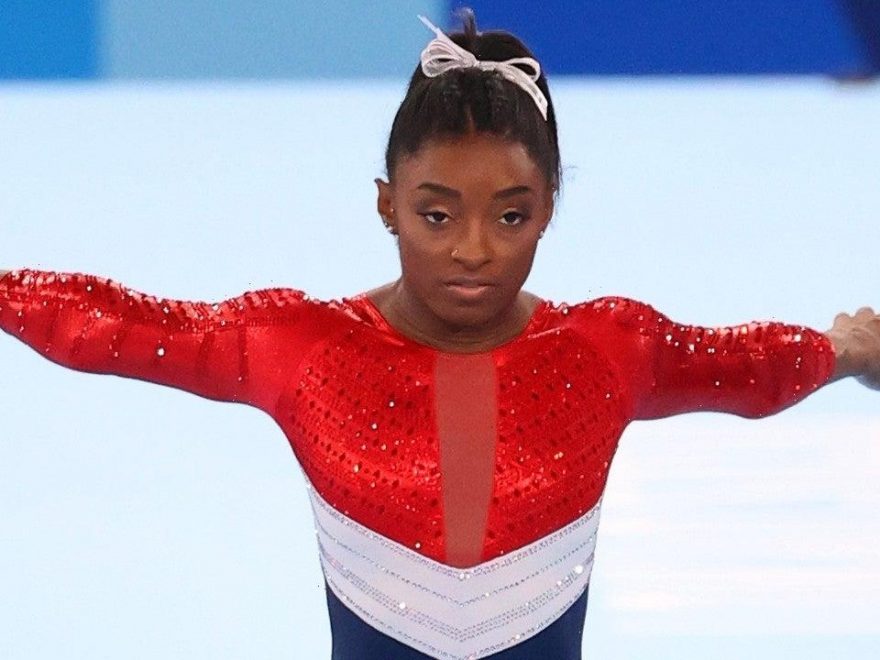 NBC’s Mike Tirico made the announcement during the re-airing of the team competition, sharing the message from USA Gymnastics that, “After further medical evaluation, to focus on her mental health, it has been announced that Simone Biles is out of the all-around.”

USA Gymnastics shared a more detailed statement on social media, sharing their support for Biles’ decision. “We wholeheartedly support Simone’s decision and applaud her bravery in prioritizing her well-being,” the statement read. “Her courage shows, yet again, why she is a role model for so many.”

After further medical evaluation, Simone Biles has withdrawn from the final individual all-around competition. We wholeheartedly support Simone’s decision and applaud her bravery in prioritizing her well-being. Her courage shows, yet again, why she is a role model for so many. pic.twitter.com/6ILdtSQF7o

Biles’ teammate, Jade Carey, will take her place in the all-around final competition, alongside fellow U.S. gymnast Suni Lee. USA Gymnastics’ statement also clarified that Biles will be “evaluated daily to determine whether or not to participate in next week’s individual event finals,” where the gymnastics superstar would be eligible for more medals in the vault, uneven bars, balance beam and floor exercise.

The defending gold medalist in vault, floor exercise, all-around and the team competition, Biles left the competition floor during the team finals on Tuesday with the Team USA medical trainer after her first rotation on the vault. She was ultimately replaced by alternate Jordan Chiles, and the team went on to win silver, behind the Russian Olympic Committee.

After being awarded her silver medal, Biles again took to social media to share a photo of her and her teammates, writing, “OLYMPIC SILVER MEDALISTS. I’m SO proud of these girls right here. You girls are incredibly brave and talented! I’ll forever be inspired by your determination to not give up and to fight through adversity! They stepped up when I couldn’t. thanks for being there for me and having my back! forever love y’all.”

Teammate Jordan Chiles commented on the post: “You will forever be loved. We can’t thank you enough. You have such a huge inspiration on all of us. We wouldn’t have done it without you🥺💕 love you mo 🤞🏾❤️.”

The 2021 Tokyo Olympics run from July 21 to Aug. 8, and will be broadcast on NBC, NBCOlympics.com, on the NBC Sports app, and on Peacock, NBCUniversal’s streaming service. In the meantime, stay tuned to ETonline.com for complete Olympics coverage.