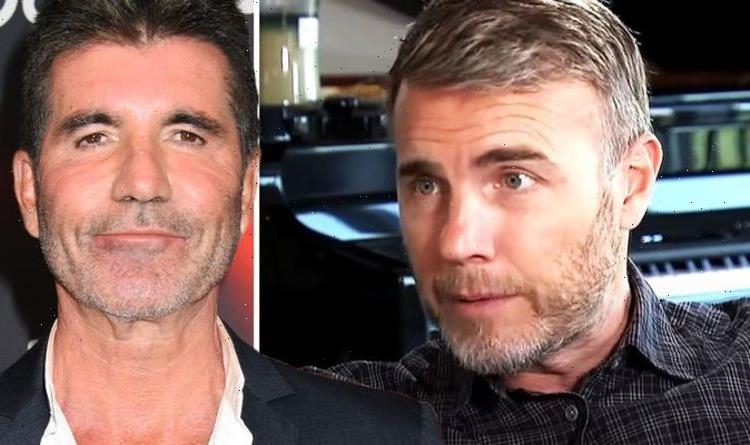 Simon Cowell says he almost smashed his 'spine to pieces'

Simon Cowell and Take That star Gary Barlow have reportedly ended their 10-year feud following talks to clear the air. The record executive reportedly spoke with the singer, 50, over the weekend, as he’s set to front the record label owner’s new ITV show, Walk the Line.

It’s all water under the bridge now

The news came before the Take That star was revealed as the new judge on Simon’s show Walk the Line, as the 62-year-old decided to take a step back from his judging role.

Record label bosses allegedly hailed the musician as the “best man for the job”.

Addressing the switch up, a source said: “It was a really constructive and great conversation between both men who have moved on and are excited for the future.

“It’s all water under the bridge now,” they added to The Mirror.

Gary replaced Simon on the US version of The X Factor during the show’s launch in 2011.

The lead singer of Take That was branded “wooden” during his time on the show by Tom Bower, who penned Simon’s biography, Sweet Revenge.

The book also claimed that Simon was “irritated” after Gary was awarded an OBE in 2012 for his services to the entertainment industry and charity.

When asked about reports that he was going to be let go from the show, Gary replied: “I don’t talk to Simon, I talk to ITV.”

The Take That star went on to launch his own BBC talent programme, Let It Shine in 2017, saying that it “is of no threat” to any of the media mogul’s businesses.

Walk the Line will be hosted by BBC star Maya Jama and will air later this year.

It has recently been claimed the game show will air for just six episodes over the space of a week.

Speaking about the nature of the show, an insider told The Sun: “This might come as something of a surprise to viewers as they associate Simon’s shows, namely X Factor and Britain’s Got Talent, with Saturday night telly.

“But Walk The Line is very much a mid-week show, in a similar vein to the BGT live finals.”

“Except the live final of the new game show may not even fall on a Saturday — ITV schedulers have yet to decide,” they concluded.

According to the publication, Simon has decided to take a break from his TV duties to spend more time with his partner Lauren Silverman and their seven-year-old son Eric.

He added: “This is a situation where I have decided it is right for me to focus on my role as the Creator and Producer as we build up to the hugely exciting launch.

The star went on to praise the Take That star and said he “will do a fantastic job” as judge on the show.

“Gary’s musical pedigree is second to none – and we have known each other a long time now – so I am delighted he is picking up the baton for me for the first series of Walk The Line.

“I know he will do a fantastic job,” he finished.

Maya will join Gary on the new format which sees musical acts given the opportunity to win £500,000.

Express.co.uk has contacted representatives for Simon and Gary for comment.