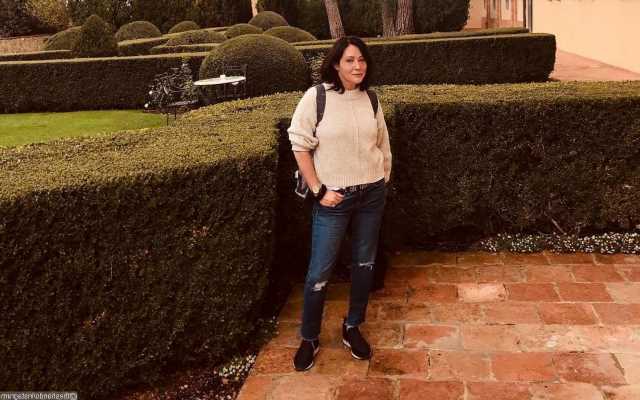 The ‘Beverly Hills, 90210’ alum wins the multi-million dollar suit after the jury finds that the insurance giant’s failure to pay policy benefits for her Malibu home is ‘unreasonable and without proper cause.’

AceShowbiz –Shannen Doherty comes out as the winner in a lawsuit alleging that State Farm failed to pay sufficiently for damage to her house in a 2018 California wildfire. After her major win, the “BH90210” alum was awarded $6.3 million.

The 50-year-old actress won the suit, which she filed in 2019, after the jury found that the insurance giant’s failure to pay policy benefits for Doherty’s Malibu home was “unreasonable and without proper cause.” The verdict covered damages to her Malibu house and property, emotional distress as well as attorney’s fees.

“We thank the members of the jury for their thoughtful consideration of Shannen’s case,” Shannen’s attorney Devin McRae said in a statement. “We are happy they saw the case the way we do. This should send a message to State Farm and other institutions that they should not forget they are dealing with human beings.”

Shannen’s legal team also said in the court documents that “instead of living out her remaining years peacefully in her home, Ms. Doherty remains displaced and battling with her insurance company.” Back in February 2020, the “Charmed” actress revealed that the breast cancer she had been diagnosed with in 2015 had recurred and progressed to stage 4.

In its own statement on Monday, October 4, State Farm said, “We empathize with Ms. Doherty’s health and wish her the best.” The statement went on noting, “We are disappointed by the jury’s decision and respectfully disagree with it. We will explore all available legal options, including appealing the verdict.”

Of her cancer battle, Shannen said that she “never wants to operate [like I’m dying],” during an interview with “Good Morning America” on Monday. “I just want to operate as I don’t have things to check off because I’m going to keep fighting to stay alive,” she added, referring to reasons why she doesn’t particularly like the idea of making a “bucket list.”

Shannen then shared that she is currently busy “living life” and spending “a lot of time with friends and family” as well as continuing to work. “A lot of people who get diagnosed with Stage 4, they sort of get written off. It’s assumed that they cannot work or they can’t work at their full capacity, and that is not true,” she elaborated, adding that she found work “more fulfilling” than ever. “That is something that I would really like for people to stop assuming and give us a chance to prove them wrong.”