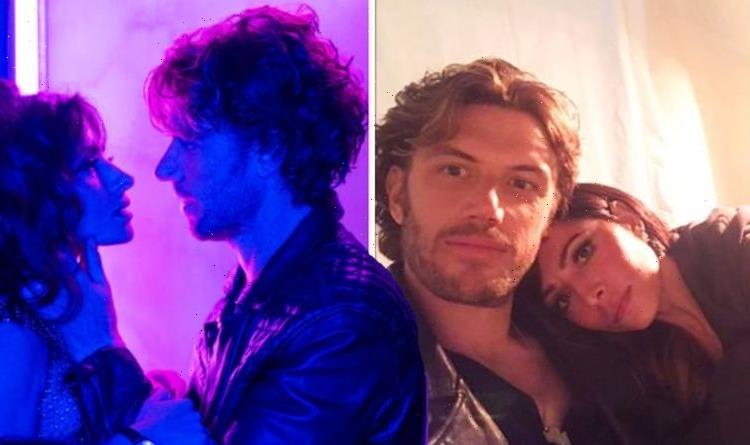 Sex/Life has had Netflix viewers hooked with its steamy scenes over the past few weeks. However, some fans might not realise two of the main stars are actually dating in real life.

Following Billie as she struggles to get over her ex and move on with married life, the pair find themselves in some steamy situations.

However, the romance also extends off-screen for the pair as well.

This is because they’ve actually been in a relationship since the show began filming.

They met on the set of the series and have been dating ever since.

Speaking about their meeting with People, Sarah said: “I said, ‘Well, that’s a tall drink of water.’

“When I first met Adam, I was really blown away with him.

“We met in the makeup trailer and we just got on instantly.

“We had the exact same taste in music.

“We had the same taste in whiskey and tequilas and I was really blown away by him just as a person and all I knew was that I wanted more.”

Sex/Life began filming in August 2020 but the pair only started appearing on each other’s social media in September.

Back in January, Adam posted a sweet tribute to his girlfriend for her birthday.

Sharing a selfie on Instagram, he penned: “Happy bday my baby

For Adam’s birthday in May, Sarah also shared a gushing message.

“I do know I’ve never loved deeper, harder, more ferociously. I do know I’m overly grateful for him.