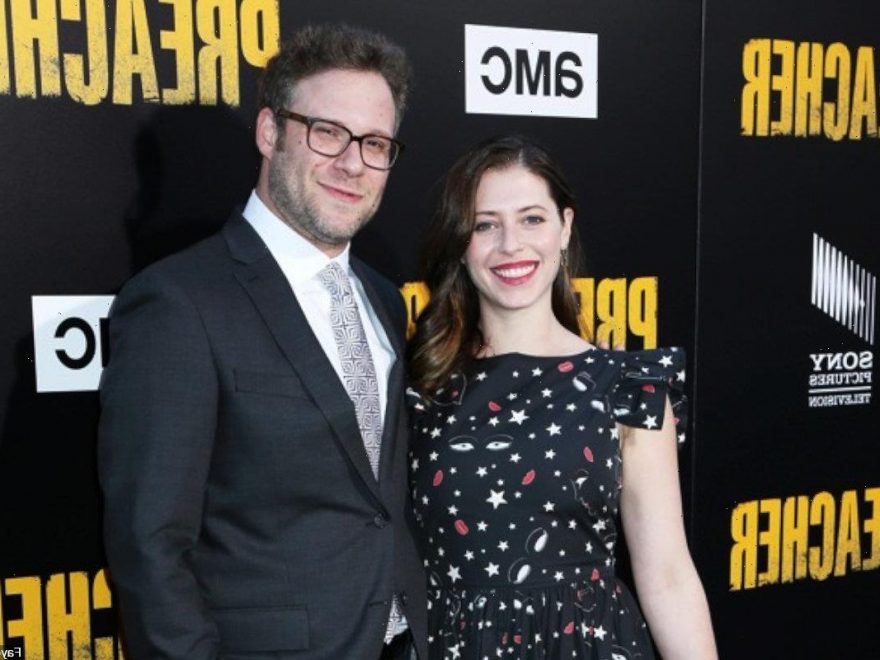 Having been married to Lauren Miller since 2011, the ‘Knocked Up’ actor admits during an appearance on ‘The Howard Stern Show’ that they get as much happiness out of their non-kids.

AceShowbiz –Seth Rogen doesn’t want kids. The “Knocked Up” star has been married to Lauren Miller since 2011, but the couple is happy never to become parents.

Speaking during an appearance on “The Howard Stern Show”, Seth said, “I wouldn’t be able to do all this work that I like [of I had kids]… People are always like…, ‘How do you do so much?’ The answer is, ‘I don’t have kids… I have nothing else to do.’ “

The actor and writer insists he and his spouse have so much fun together, because they don’t have to spend time looking after children, adding, “I don’t know anyone who gets as much happiness out of their kids as we get out of our non-kids.”

“We’re f**king psyched all the time! We’re laying in bed on Saturday mornings smoking weed, watching movies naked. If we had kids, we could not be f**king doing this.”

And Seth claims Lauren is even less thrilled about the idea of having children than he is. “I could probably be talked into it,” he explained. “She’s like, ‘No…!’ “

“There’s enough kids out there. We need more people? Who looks at the planet right now and thinks, ‘You know what we need right now? More f**king people’. That’s truly a confounding thing to me.”

Seth’s confession about having no desire to have children came days after he addressed the demise of his working relationship with James Franco. In an interview with The Sunday Times, the 39-year-old admitted, “It is not a coincidence.” He added, “I can say it, um, you know, it has changed many things in our relationship and our dynamic.”