Premier League striker Sergio Aguero is one of football’s biggest stars. The 30-year-old Man City hero married into Argentinian football royalty when he wed icon Maradona’s youngest daughter in 2009. Giannina Maradona and Aguero had a son together and were an item until 2012 when their relationship ended.

Since his split from Maradona Aguero has been spotted with a string of stunning women.

From an Argentinian pop star to a tattooed beauty and a mystery brunette, these are the gorgeous women who’ve been linked to Aguero in recent years.

Not long after his marriage to Maradona ended, Aguero started dating another Argentinian star.

Karina, 38, also known as “Little Princess”, and Aguero were together for four years.

As well as singing the blonde bombshell is a TV personality, model and actress in her homeland and she and Aguero made quite the star pairing.

Their relationship ended in 2017. 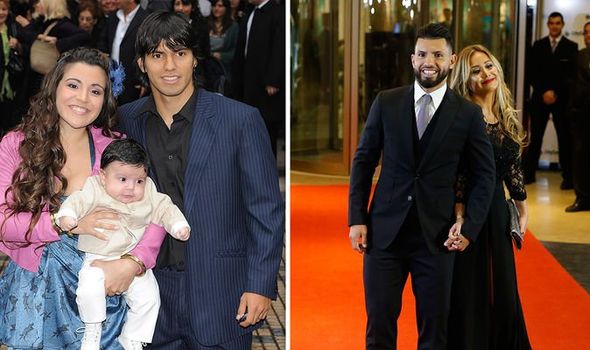 Aguero was snapped with the gorgeous Italian Instagram model at a Los Angeles nightclub in October 2018.

Cristofoli is famous for her striking tattoos and has more than 200,000 followers on Instagram.

She and Aguero were spotted at the club their relationship is never thought to have got serious.

Cristofoli jetted back to Verona after the night out with Aguero in LA. 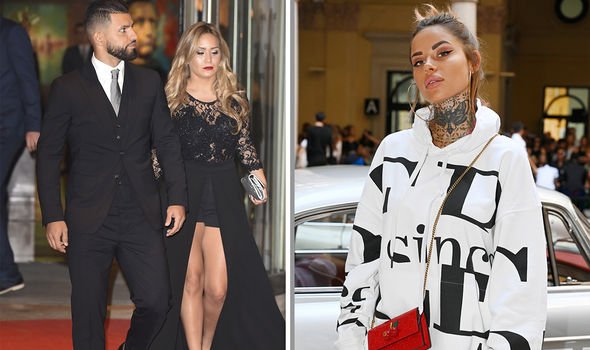 A mystery brunette was pictured attending a Drake concert with Aguero in July last year.

Her identity was never revealed but Aguero had attended an awards party in Hollywood, LA, before he dropping into the VIP after-party with his female companion.

They were both dressed in black and didn’t looked bothered about being photographed together.

Most recently Sergio has been linked with 21-year-old Taylor Ward.

The stunning blond is the daughter of football veteran Ashley Ward.

Forever eating out…..love these new stack bracelets from @sayitwithdiamonds their Manchester store opens on the 16th and I can’t wait!! Swipe for close up x

Sources told the Sun Taylor was seeing Sergio back in March.

A source said: “About two weeks ago they went for a spa day together.

“And they were on a pal’s Instagram too before Christmas.”

While another added: “It’s early days.

“They’re not yet in an official relationship.”