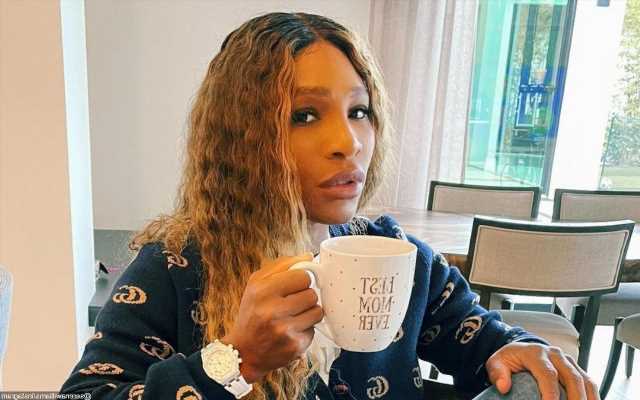 The 23-time Grand Slam winner twisted her ankle on the grassy court midway through the first set of her first-round match against Aliaksandra Sasnovich on Tuesday night.

AceShowbiz –Serena Williams‘ match against Aliaksandra Sasnovich on Tuesday night, June 29 ended in pain and tears, literally. The former was forced to retire 34 minutes into the first set of the first round due to right hamstring injury. The leg injury forced her to withdrew from this year’s Wimbledon.

Serena twisted her ankle on the grassy court midway through the first set. Despite receiving treatment and attempting to continue, the seven-time Wimbledon singles champion had to give up due to the injury.

Addressing the withdrawal, Serena admitted in an Instagram post on Tuesday night that she was “heartbroken.” She wrote on the photo-sharing, “I was heartbroken to have to withdraw today after injuring my right leg. My love and gratitude are with the fans and the team who make being on centre court so meaningful.”

Concluding her post, the 23-time Grand Slam winner went on to say, “Feeling the extraordinary warmth and support of the crowd today when I walked on – and off – the court meant the world to me.”

Several famous names sent support to Serena in the comment section of her post. Viola Davis left heart emojis. Meanwhile, actress Ally Maki wrote, “Love you so much.” The official account for Wimbledon also sent love for the athlete.

Fans also gushed over her, with one saying, “absolut legend, wishing you a very speedy recovery, love you queen.” Another fan added, “I’m sosososo sorry this happened. Thank you for being an eternal icon and inspiration to us all! #RenasArmy for life!!!”

Prior to this, Serena announced that she’s not competing in the Tokyo Olympics. During a press conference at Wimbledon on Sunday, the 39-year-old tennis pro told reporters, “I’m actually not on the Olympic list, not that I’m aware of. If so, then I shouldn’t be on it. There are a lot of reasons that I made my Olympic decision. I don’t feel like going into them today, but maybe another day. Sorry.”

When asked if she’s considered what it’ll be like to miss out on the competition, Serena shared, “I have not thought about it.” She went on to say, “It has in the past been a wonderful place for me, but I really haven’t thought about it, so I’m going to keep not thinking about it.”