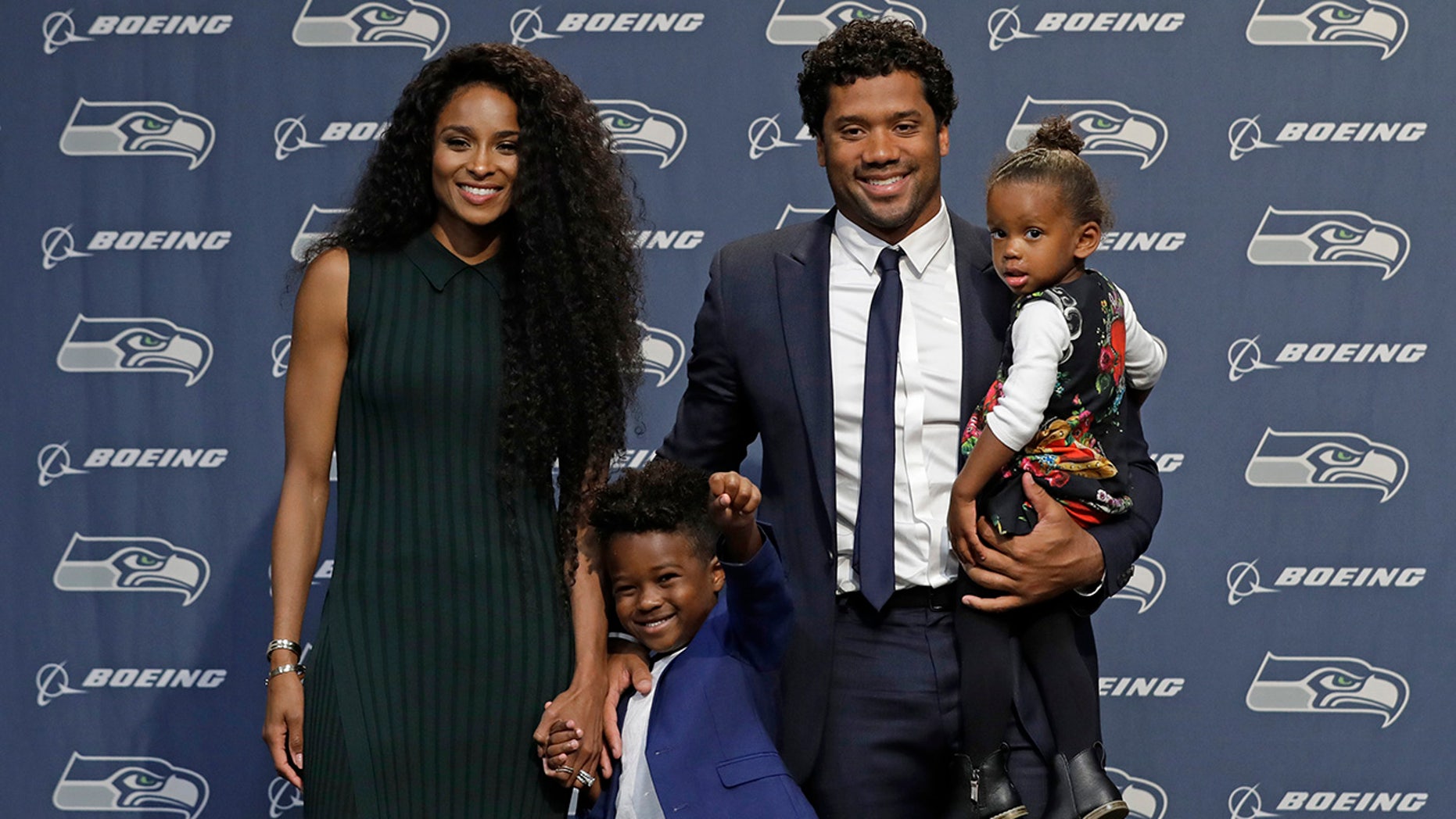 On Friday, the Seattle Seahawks Quarterback's wife, Ciara, released her new album and music video for "Beauty Marks," which showed her wedding to Wilson, featuring Pastor Judah Smith, and the birth of their daughter, Sienna.

Then Wilson surprised her with a video message on "The View," which brought the Grammy Award-winning singer-songwriter to tears.

"God is good," she said as she wiped her eyes.

And the sentiment continued Sunday when Wilson passed a set of keys for a new house to his mother, Tammy Wilson.

"What's this?" she asked. Wilson said it's the keys to her new house.

Tammy went from shock to awe to saying she was going to pee herself. With tears in her eyes, she embraced Russell before checking to make sure the keys actually unlocked the brand new dream home.

"All these years you have never asked me for anything," Wilson said on Instagram afterward, "only thing you ever wanted is for me to LOVE."

All these years you have never asked me for anything… only thing you ever wanted is for me to LOVE. Well thanks for loving us the way you do. This ones for you. I love you momma. #HappyMothersDay #GodIsGood ?

He added: "Well thanks for loving us the way you do. This ones for you. I love you momma."

Wilson's announcement came on the heels of the Super Bowl champion becoming the highest paid NFL star after agreeing to a four-year, $140 million contract extension.

In a post before, Wilson recorded Ciara hinting that they're ready for baby No. 3.