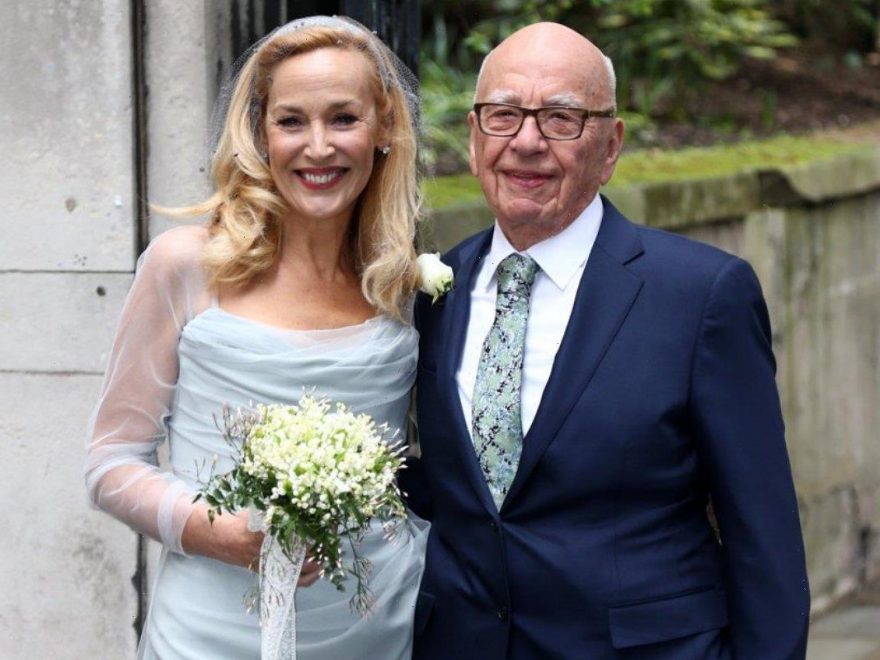 The 91-year-old billionaire and the former supermodel, who wed in March 2016 in a lavish London ceremony when he was 85 and she was 59, are reported to have called it quits.

AceShowbiz -Rupert Murdoch and Jerry Hall are set to divorce. Having been married since 2016, the 91-year-old billionaire and the former supermodel Jerry were reported to have called it quits.

No reason was given for the alleged split, but The New York Times claims that two sources close to the couple both spoke to them about the divorce but insisted on keeping their identities a secret since the divorce is such a “personal matter.”

Rupert, who owns both The Times and The Sun in the U.K. and is reported to be worth £14.5 billion, was first married to Patricia Booker, with whom he had 64-year-old Prudence before splitting from her in the late 1967.

The media tycoon then married second wife Anna Maria Torv later that same year. The couple had 53-year-old Elisabeth, 50-year-old Lachlan and 49-year-old James together but he went on to marry Wendi Deng in 1999, just days after his divorce from Anna.

However, Rupert and Wendi, who have children 21-year-old Grace and 19-year-old Chloe together, divorced in 2013 and he announced his engagement to Jerry in 2013 via a page in The New York Times newspaper.

Meanwhile, Jerry previously had a long-term relationship with rock legend Mick Jagger in the 1990s and has children 38-year-old Elizabeth, 36-year-old James, 30-year-old Georgia May and 24-year-old Gabriel with him but they parted ways in 1999 when she discovered that he had had an affair with Brazilian model Luciana Gimenez.

At the time of their wedding in 2016, Rupert claimed he was “the luckiest and happiest man in the world” and during his 90th birthday party in 2021, Jerry was said to have “doted on Mr. Murdoch during the festivities.”