James Middleton, 32, and his girlfriend Alizee Thevenet were pictured holding hands as they arrived at the royal wedding. He opted for a smart three-piece suit, with grey trousers and a cream waistcoat under a black morning coat. He paired the look with a red patterned tie as he made his way into the church with his stunning partner. Alizee, meanwhile, opted for a chiffon wrap dress which showcased her slender figure.

She completed the ensemble with a clutch bag, nude stiletto court shoes and a chic ivory boater.

James and Alizee made their relationship Instagram official earlier this month when he shared a sweet selfie of the pair wearing matching jumpers with his 129,000 followers.

They could be seen beaming for the camera on board a yacht as he captioned the upload; “Sail away with me.”

The pair haven’t yet spoken publicly about their relationship, but Alizee’s father Jean-Gabriel Thevenet told the MailOnline in January: “My daughter Alizee is very happy with James, they are very much in love.

“James is a very charming man,” he continued. “I am very happy that Alizee is together with James.

“I know she is very happy. We keep our fingers crossed for them.” 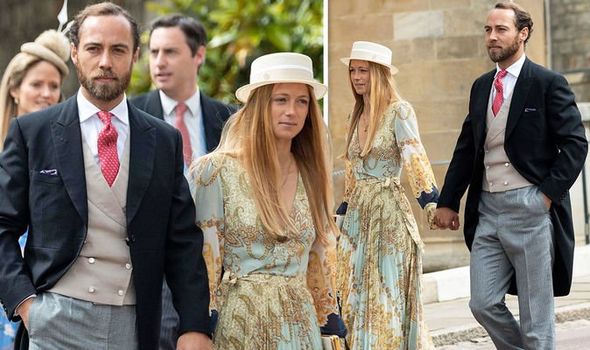 Arriving at the same time as James and Alizee were his sister Pippa Middleton, 35, and her husband James Matthews, 43.

Her beau’s double-breasted waistcoat perfectly co-ordinated with her outfit and he chose pinstriped trousers and a morning coat for the wedding.

Michael and Carol Middleton, who are parents to Pippa, James and the Duchess of Cambridge Kate Middleton, 37, were also pictured arriving outside the chapel in Windsor. 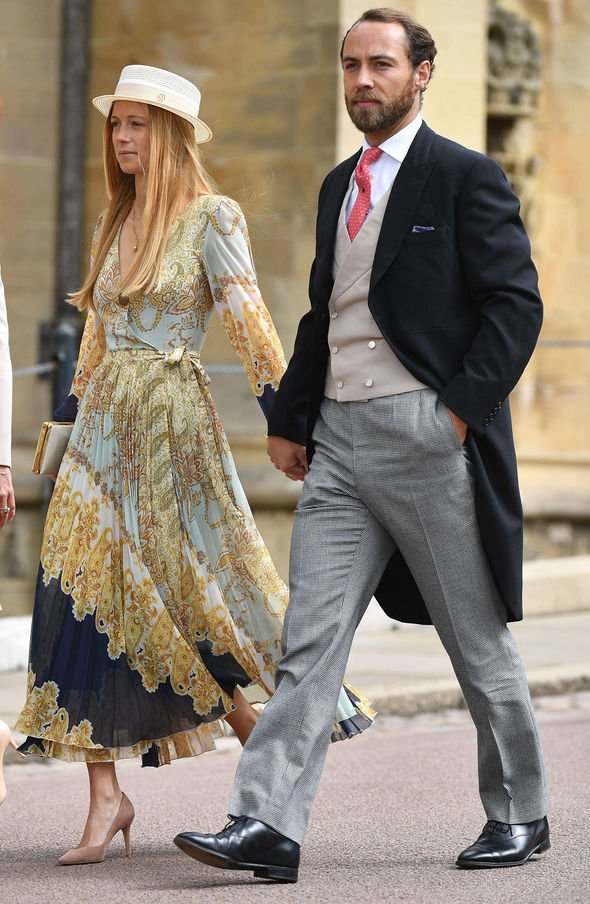 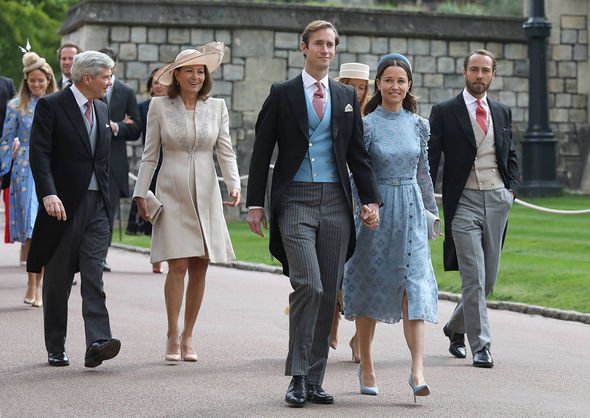 New father Prince Harry was snapped making his way to the church where he and his wife Meghan married one year ago tomorrow.

He was accompanied by actress Sophie Winkleman, 38, who is married to Lady Gabriella’s brother Lord Frederick Windsor, 40.

Sophie wore a blue dress with feather detailing and a matching featured hat.

Her dark locks were styled into loose waves and she accessorised with white heels and a white clutch bag.

Today’s ceremony will be held by the Dean of Windsor, the Right Reverent David Conner.