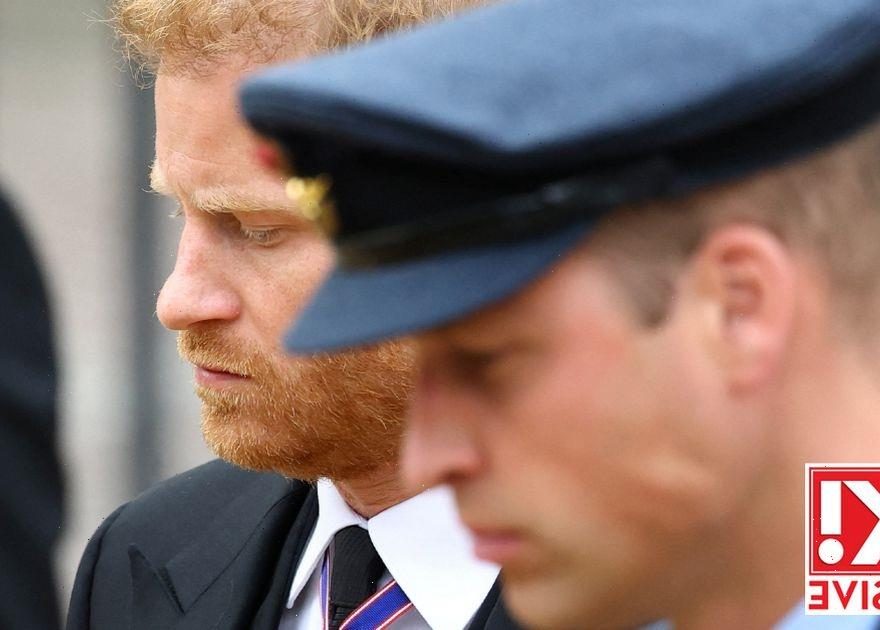 A royal expert has says it is "too early" to say whether or not The Queen's death and funeral has healed the rift between Prince William and Prince Harry.

Prince William, 40, and Prince Harry, 38, reunited at Windsor Castle days after the death of their grandmother Queen Elizabeth II, in what is believed to have been their first meeting since they unveiled a statue in honour of their late mother, Princess Diana, in July 2021.

They were seen together again as they followed the coffin of Queen Elizabeth during Monday's funeral at Westminster Abbey.

And although there are reports the pair did have conversations during Harry's time in the UK, Duncan Larcombe says time will still tell if reparations between the brothers have started.

He told OK!: "It's a bit too early to say but what we do know is that William is soon going to be flying to Boston for the Earthshot Prize and, although America is a big country, it does give Harry and Meghan a chance to do something visible to support the visit.

"Whether it's Harry recording a message in support of the Earthshot Prize or him issuing a statement to welcome his brother on an important tour of America, those are the sort of gestures that we would hope we would see if they are starting to heal the rift.

For all of the latest updates, sign up for OK!'s Royal newsletter.

Duncan previously told OK! that King Charles was "determined" to heal the rift between his sons.

He said: "King Charles has indicated that he is determined to heal the rift between his sons.

"The speech was a very carefully considered and perfectly executed olive branch from a person who was, frankly, not only burying his mother but he was also burying Prince Charles.

"The father that Harry knew almost doesn't exist anymore, he has changed.

"Charles needs to solve this dreadful and harmful row between his sons," he continued.

"There's only so much you can do, but I think publicly declaring his love for Harry and Meghan during a speech where he barely mentioned a soul was a deliberate and strategic attempt by The King to say, 'Right, enough is enough, this is how much I still love you, everything has changed,' that was a message to Harry."