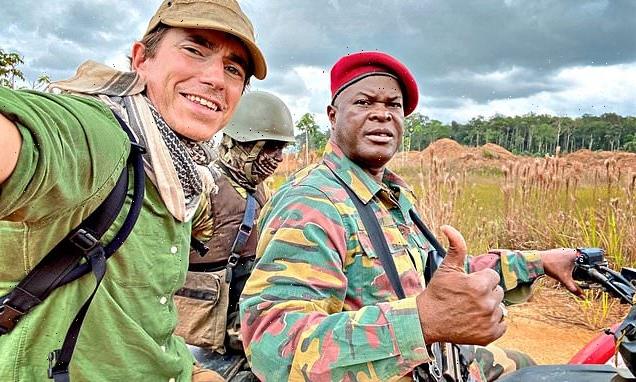 ROLAND WHITE reviews the weekend’s TV: Curious case of the missing Turners and a bungled heist

There was a heart-warming reminder last night that thieves really aren’t that bright. When two petty crooks pinched priceless paintings from a Frankfurt gallery in 1994, they very helpfully left fingerprints on a door.

They then loaded their loot into the back of a white van, and managed to look so suspicious that a passing couple jotted down the registration number.

The pair were quickly arrested, but as Stolen: Catching The Art Thieves (BBC2) explained in a gripping account, the pictures — including two Turners on loan from the Tate — were nowhere to be found. 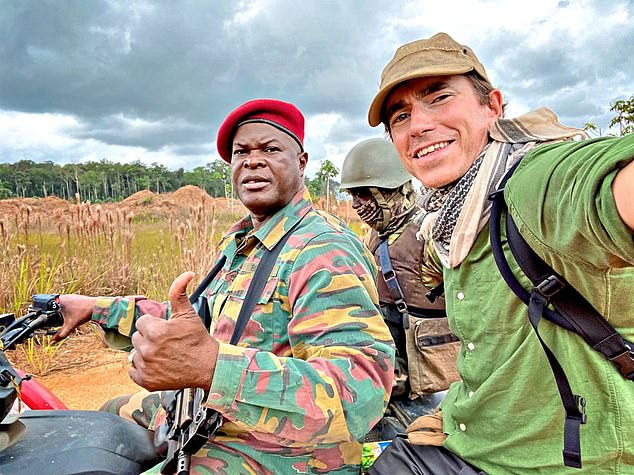 The travel presenter Simon Reeve is an engaging companion, who gets excited in a very understated British sort of a way (Pictured Simon Reeve with Ronnie Brunswijk)

The petty thieves were clearly acting for a mysterious Herr Big. As a dramatic caption noted: ‘Detectives are up against a criminal mastermind.’

Three days later, a ‘Mr Rothstein’ phoned the Tate and claimed he now had the Turners. Was this the brains of the operation?

On balance, probably not. He demanded that £30,000 be delivered to Westbourne Park station in London, where police had no difficulty in identifying their suspect: the only person on the platform with a black bin bag over his head.

Mr R was just a chancer with no connection to the theft. So where were the paintings? The operation which recovered them many years later had it all.

There was a maverick Scotland Yard man ‘with his own way of working’ who went undercover to infiltrate European gangs but didn’t seem to discover much.

There was a German lawyer acting as middleman who met some shady characters in a snowy, remote forest late at night. It was even suggested that the Serbian mafia might be involved.

The criminal mastermind was never discovered, but both Turners were eventually returned at a cost of £3 million. One was handed over in a German hotel room and then carried through the streets by a Tate official to the local prosecutor’s office, where it was put in a cupboard alongside some pornographic videos. You couldn’t make it up. 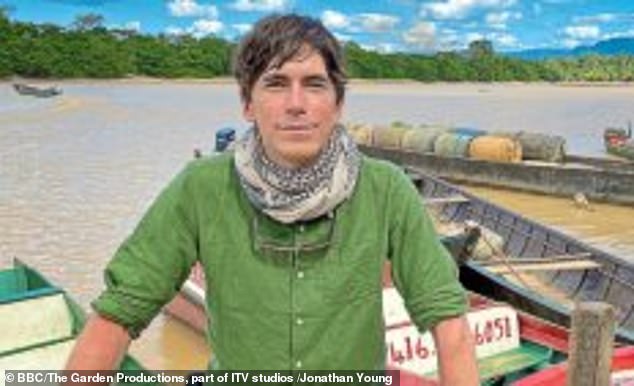 Reeve is making his way through South America, and is not afraid to tell it as it is

Was even more shady dealing involved? Did the intelligence services play a part? As a wonderfully lugubrious insurance assessor hinted: ‘There are things I can’t talk about . . . because I’ve signed the Official Secrets Act . . . if you understand.’

The travel presenter Simon Reeve is an engaging companion, who gets excited in a very understated British sort of a way.

Reeve was highly critical of the mess that Ronnie’s mines were making of the rainforest, which was quite brave as Ronnie was holding a machine gun.

Reeve is making his way through South America, and is not afraid to tell it as it is. At a Brazil border post, he met families fleeing from the economic and political chaos that is Venezuela.

‘We were lacking everything,’ said one of the refugees. ‘So we emigrated.’

He later interviewed a couple who run a business in Guyana catering for gold miners.

‘Are you going to get rich?’ he asked cheekily.

‘Yes, if we were politicians,’ came the reply.