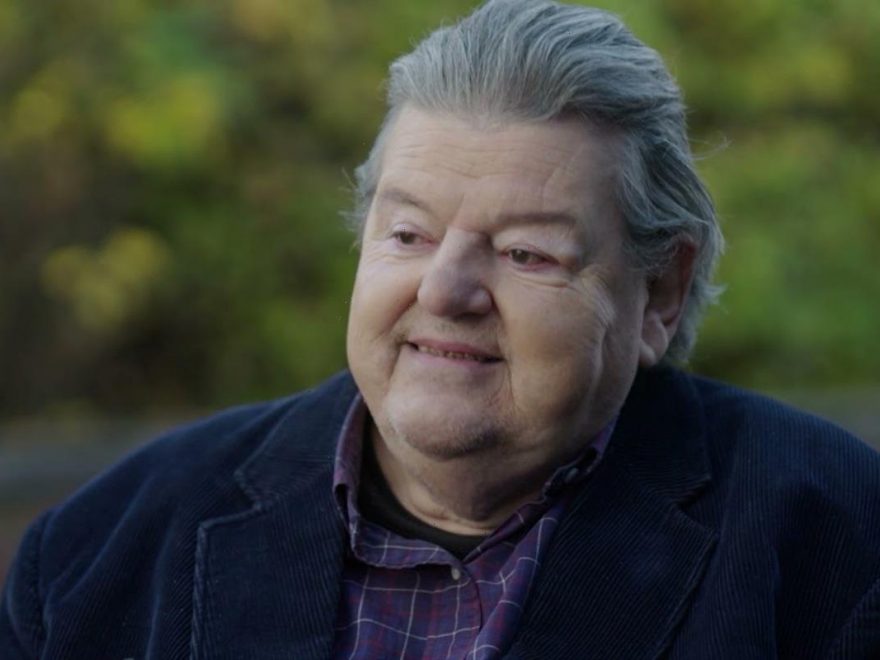 The ashes of the ‘Harry Potter’ actor has been spread by his son and sister along with his friend in his beloved city of New York, a few months after he passed away.

AceShowbiz –Robbie Coltrane‘s ashes have been dispersed around his most beloved New York spots. Along with the late “Harry Potter” and “Cracker” actor’s son Spencer McMillan and sister Annie Rae, director Amos Poe, 74, who recruited Robbie for the 1979 film “Subway Riders“, scattered his ashes around Manhattan.

Katz’s Deli where the famous orgasm scene in 1989’s “When Harry Met Sally” featuring Meg Ryan and Billy Crystal was filmed was among the locations.

Robbie died aged 72 in October and had a lifelong love of New York. He said about 135-year-old Katz’s, at 205 East Houston Street, “Oh, the smell when they’d take the pastrami out of the oven. They put my photograph up, three down from Frank Sinatra. Proudest moment of my life.”

Robbie also said he “practically lived” in New York during the late 1970s and knew Blondie singer Debbie Harry, which he added was “kind of like knowing God” at the time.

Mail Online reported on Saturday, January 14, 2023 photos of Amos and Robbie’s children were posted on social media showing them dusting his remains from a small tube in other spots including Washington Square Park and The New York Film Forum cinema.

Robbie’s ashes were taken to the pastrami counter at Katz’s before Amos and Spencer were seen giving each other a hug. Amos said online, “Look at who stopped by, like the lost Scottish son of sorts, Spencer McMillan. He brings his father’s – Robbie Coltrane’s – ashes to spread in his beloved New York. Honored and befitting. First stop Washington Square Park… then Katz’s deli, pastrami counter… the Film Forum… .”

Robbie, famed for playing giant Hagrid in the “Harry Potter” film series, died at Forth Valley Hospital, Scotland, from conditions including sepsis and obesity, which led to multiple organ failure.

Robbie, who also starred in James Bond movie, spent his final years in “constant pain” after his knee cartilage disintegrated. He suffered osteoarthritis and opened up in 2020 about his long health battles that left him wheelchair bound and in agony so bad he wouldn’t wish it on his “worst enemy.”

He told the Daily Express in one of his last interviews in 2020, “I was fighting pain 24 hours a day when I was in ‘National Treasure‘ and ‘Great Expectations‘. I had no cartilage in my knee. It was bone on bone.”

Former heavy drinker Robbie was battling in 2016 to lost 7 stone after doctors warned him not slimming down could leave him a “cripple.” When he had shed 5 stone, he started to be in “constant pain all day” and he said medics found after an exploratory operation he had “no cartilage left in one of my knees,” adding it had “completely disintegrated.”

By 2020, Robbie said he had found some relief after receiving joint surgery in America. He added at the time, “It was just horrible. The relief from that pain since the operation and being able to sleep has changed my life.”

Along with his children Spencer and Alice, and sister Annie, Robbie is also survived by his two kids’ mum Rhona Gemmell, a sculptor Robbie married in 1999 but divorced in 2003.