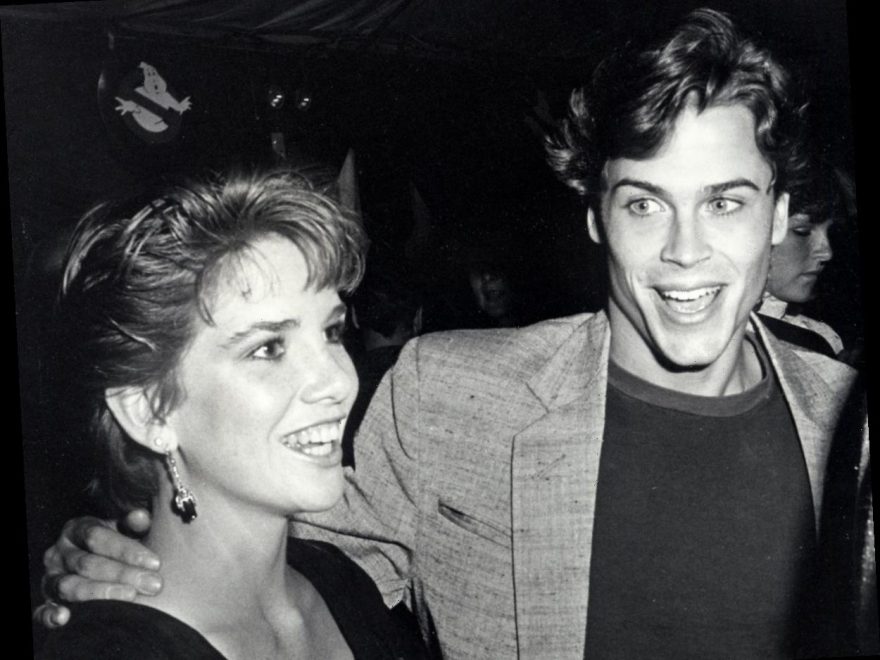 Melissa Gilbert had a lot to say about dating and almost marrying Rob Lowe in her book Prairie Tale, but Lowe barely scraped the surface of their relationship in his memoir. According to the actor, there’s a good reason why he didn’t go too deep in writing about Gilbert.

Lowe and Gilbert dated in the 80s, got engaged and, after she found out she was pregnant with his child, they broke up. She later had a miscarriage.

Gilbert explained in her memoir how they fell in love, writing (via Today), “I fell instantly, hopelessly and stupidly in love. We went from first date to instant couple. I felt like I was starving for Rob.”

In a 2009 interview with Today, Gilbert explained why things fell apart between them. “We broke up. It ran its course,” she shared. “I think we were just too young.”

The pain of their relationship ending and suffering a miscarriage was a hard time for the actor. “I had lost my baby and my relationship with Rob … and it hurt like hell,” she wrote.

Lowe’s memoir, Stories I Only Tell My Friends, had a lot less ink given his relationship with Gilbert.

He did mention being away from her while he filmed The Outsiders in Oklahoma. “I have been dating Melissa Gilbert back in L.A., but her mom thinks I’m after her for her fame and won’t let her visit me,” he wrote in his book.

Lowe went on to share how he participated in the “time-honored tradition of entertainers on the road” and pursued other women. “Sometimes you chase girls, sometimes they chase you, sometimes it’s just to flirt, and sometimes it’s more than that,” Lowe wrote.

“My situation is complicated somewhat by my long-distance relationship with my girlfriend and there are times when I feel bad about that,” he noted, adding, “Nothing quiets the inner voice you want to ignore better than a couple of beers.”

Why Rob Lowe didn’t write much about Melissa Gilbert

Lowe had a lot of stories to tell about his time in the entertainment business, but it’s surprising that he would gloss over his time with Gilbert since they were so serious.

In a 2011 review of Stories I Only Tell My Friends, the Independent reviewer notes, “It’s a little frustrating that he doesn’t directly respond to some matters, such as his tumultuous relationship with Little House on the Prairie star Melissa Gilbert,” given that he discussed “his various romantic (mis)adventures” in the book.

In his interview with the Independent he explained why he didn’t share much about Gilbert. “I didn’t write the book to set the record straight or to settle scores,” he explained. “That’s such bullsh*t.

“There have been a few people in my life who have written books over the years,” Lowe continued. “I know people get really upset about it, but I don’t because I believe everyone is entitled to their own perspective on their life.”

“Okay, I might go, ‘I wish they hadn’t said that’ or ‘I wouldn’t have done that,’ but that’s a factor of taste and style,” he added. “My book has a decorum, and that meant a lot of stuff didn’t get in the book, but that’s OK.”