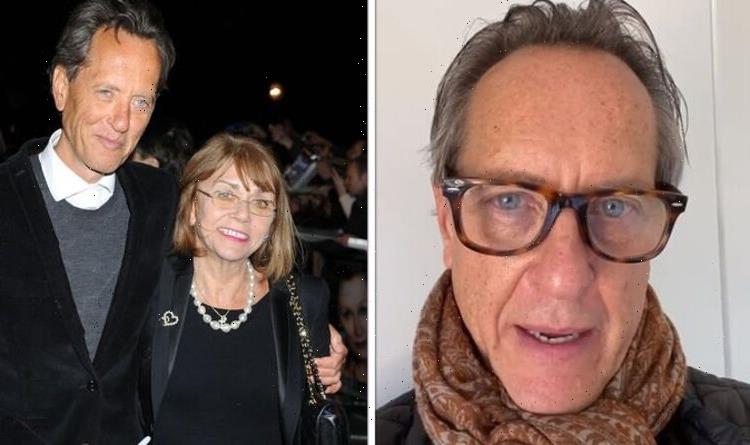 Speaking to The Independent in 1994, Hollywood actor Richard E Grant, 64, shared the story of his romantic proposal, which sounds like it could have been a scene from a movie. Richard’s late wife of 35 years, Joan Washington, sadly died last year following a battle with lung cancer.

Richard and Joan met in the eighties when she was working as a voice coach.

They married in 1986 after the Oscar-nominated actor proposed in a wildly romantic way.

They had spent a few weeks apart and this spurred Richard to ask Joan to marry him.

He told The Independent: “When I was away I spoke to her on the phone a lot and wrote every day, and I thought, ‘Well, you know, they’ve been doing it like this for . . . how many thousands of years?’ – and I couldn’t think of a better way of making some kind of commitment.”

“So I came back and went on bended knee with my trolley at 6.30am at Heathrow Airport – and, luckily for me, she said yes.”

The couple had a daughter together, Olivia, and Richard became stepfather to Joan’s son, Tom.

In January, the Can You Ever Forgive Me actor shared his late wife’s final message in an emotional social media post.

Richard said: “She said to me just before she died, ‘You’re going to be alright. Try and find a pocketful of happiness in every single day’.”

“And I’m just so grateful for almost four decades that we had together.

“And the gift that is our daughter.”

When Joan passed away, Richard took to social media to share a video clip of the two of them dancing in happier times.

Alongside the clip, he wrote: “ONLY YOU! Joan – Love of my Life & Giver of Life to our daughter Olivia.

“Our hearts are broken with the loss of your Life last night.

“To be truly known and seen by you, is your immeasurable gift.

“Do not forget us, sweet Monkee-mine,” he said, before adding a row of broken heart symbols.

Richard continued: “Lockdown last year turned out to be a blessing in disguise.

“Because my wife and I spent nine months after a 38-year marriage with each other every single minute of the day.

“And then, had eight months together for the last months of her life this year.”