Porsha Williams shared a body-positive message to her fans while rocking a sexy orange dress in a new mirror selfie.

Porsha Williams is spreading the positivity. The Real Housewives of Atlanta star embraced her unfiltered figure and told her fans to do the same in an inspiring message that accompanied a stunning mirror selfie of the famous 40-year-old. Porsha sported a skintight orange dress from Amazon for the selfie, which she shared to Instagram on Aug. 25, and championed how her stomach looks without having gotten plastic surgery.

“PSA: If you have ass and have not had lipo or tummy tuck dis what yo stomach and body gone look like!” Porsha captioned her post. “Get whatever surgery you want but at least remember if you have a fupa or gut it’s OKKKKK 💕I was just trying in my @amazon dress and figured I would share that 😂,” she added. The Bravo star also included the hostages #Willdelete,  #PositiveMessage and #InRealLife to her post.

Porsha’s empowering message was praised by her fans and a few of her famous friends. Tamar Braxton told Porsha, “You was just flat Yesterday… you are just bloated. Be kind to yourself pumpkin 🔥❤️.” RHONJ star Margaret Josephs left a string of celebratory emojis under Porsha’s photo, while actress Tabitha Brown said, “Like so like that❤️ our bodies, our business👊🏾.” 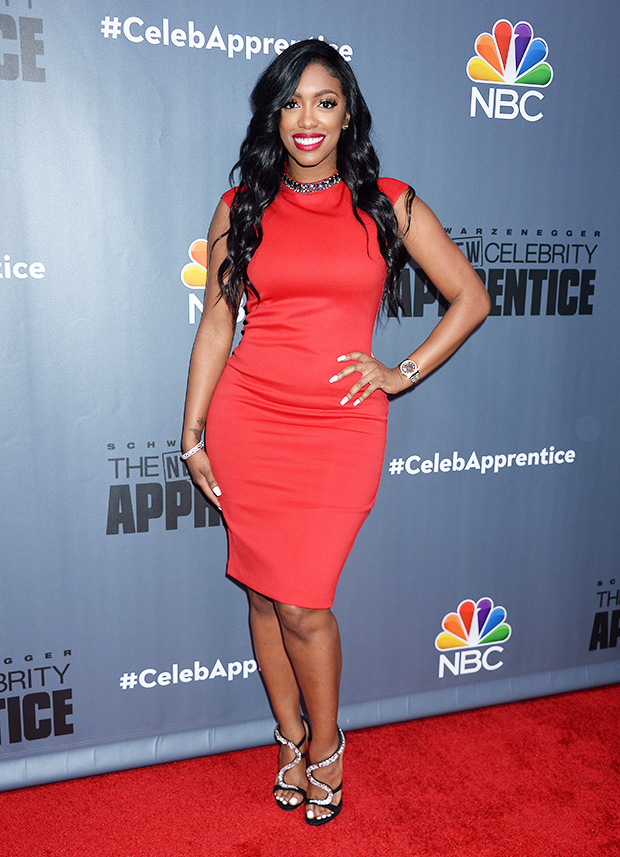 Lately, Porsha has been all about embracing her body — and that was no different when she turned 40 in June 2021. To mark the milestone date, the mother of one showed off her stellar beach body in a black bikini while standing next to to a balloon arch with black, white, and gold balloons. Porsha’s fiancé, Simon Guobadia, was among those to compliment the star on her sexy look, writing, “Happy Birthday, my love. Let’s get this party started” on her post.

The happy couple got engaged on May 10, and Porsha has already gone on record to say that she has three weddings to Simon in the works. During an interview with Dish Nation on May 26, Porsha revealed that the elaborate wedding plans are so that Simon’s cultural customs are also represented. “[Simon’s] African so we will have our native law and custom ceremony and a regular wedding, and then we’ll have another wedding at one of the houses that are out of the country,” she said.