Ready? OK! Rhea Perlman, who plays a cheerleader in the upcoming flick Poms, tells Us Weekly 25 things about herself, including her biggest fears and her favorite food. Read on to learn more about the 71-year-old actress.

1. I once went for a ride in a hot-air balloon. It was the best feeling ever. Silently flying.

2. I have a rescue Chihuahua named Zorro.

3. I’m terrified of being on a ship in the middle of the ocean and not being able to see land.

4. I keep a chocolate bar on my night table in case of midnight munchies.

5. I have infinite gratitude for so many things in my life. Especially for my three children: Lucy, 36, Gracie, 34, and Jake, 31 [with Danny DeVito].

6. I never make tough decisions at night. Everything looks different (and usually better) after a good sleep.

7. I was once bit by our pet skink lizard. We gave it away the next morning. 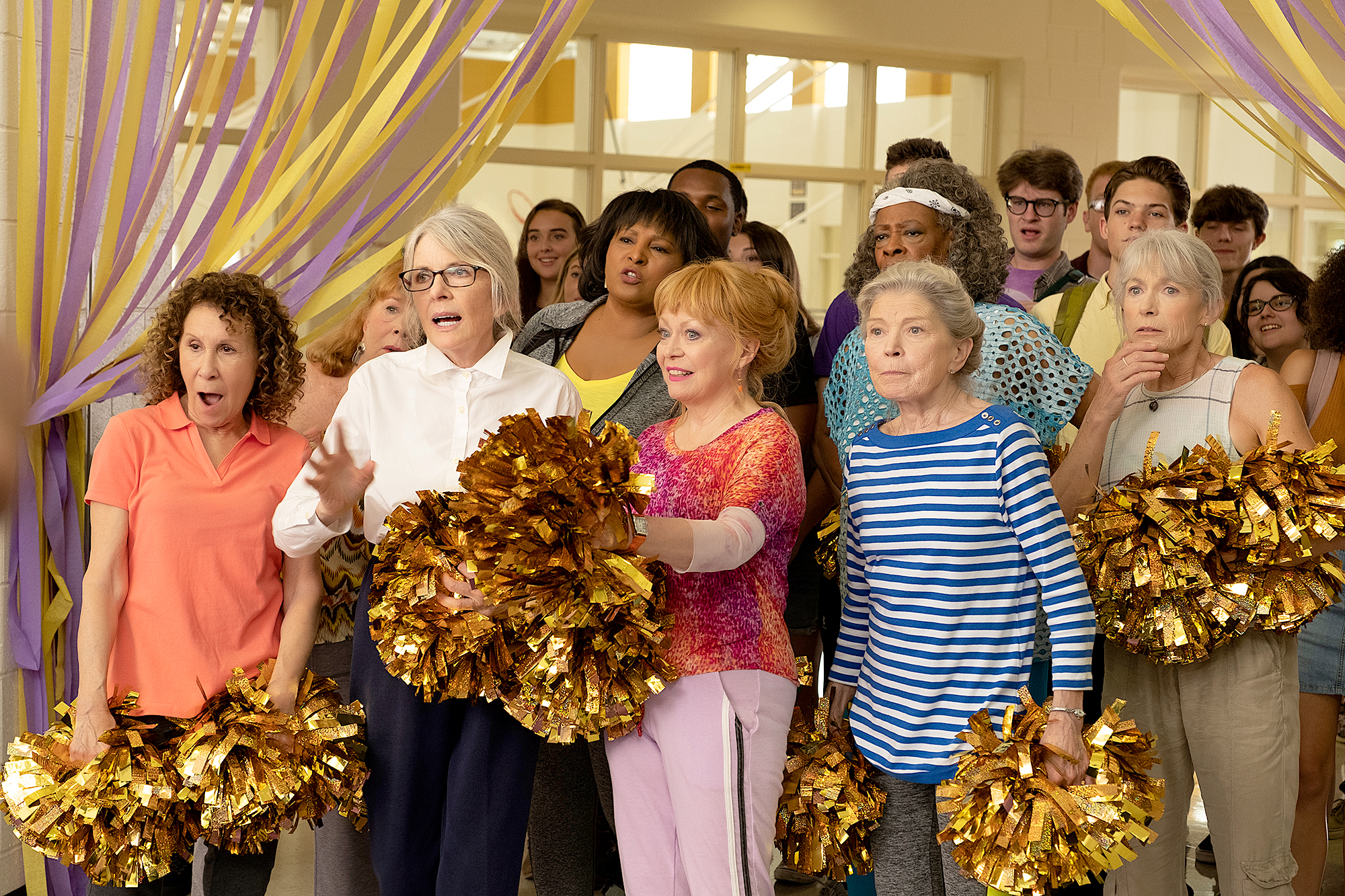 8. I work with the Children’s Action Network helping to find permanent homes for kids in foster care.

9. [When] my son’s snake laid eggs, the LA Zoo told me how to incubate them. One month later, eight baby snakes wiggled out of their shells. We found homes for all of them.

11. I wrote a series of chapter books called Otto Undercover.

12. I like bananas, but not banana bread, banana smoothies or anything else banana.

13. I’m a terrible swimmer but not as bad as my dad was. He used to “swim” standing in a pool, dog paddling his arms and spitting water. My kids loved to imitate him.

15. I do yoga almost every single day.

19. I never ate peanut butter as a kid. It was only as an adult that I found out how much I like it.

20. I have a fear of cologne, especially of being seated next to someone wearing it in a theater or on an airplane!

21. I’m always losing my cellphone. I have to call it from another phone at least seven times a day.

22. I’ve been harnessed to do a flying stunt on four different TV shows.

23. I love traveling. My favorite trips were Africa, India, Cambodia and the Galápagos Islands.

24. In New York, I lived across the street from Itzhak Perlman — no relation. Later, I was in a commercial where I replaced him as the solo violinist in an orchestra.

25. I can’t sing, but I secretly think maybe I really can and just haven’t found the key. I keep trying.