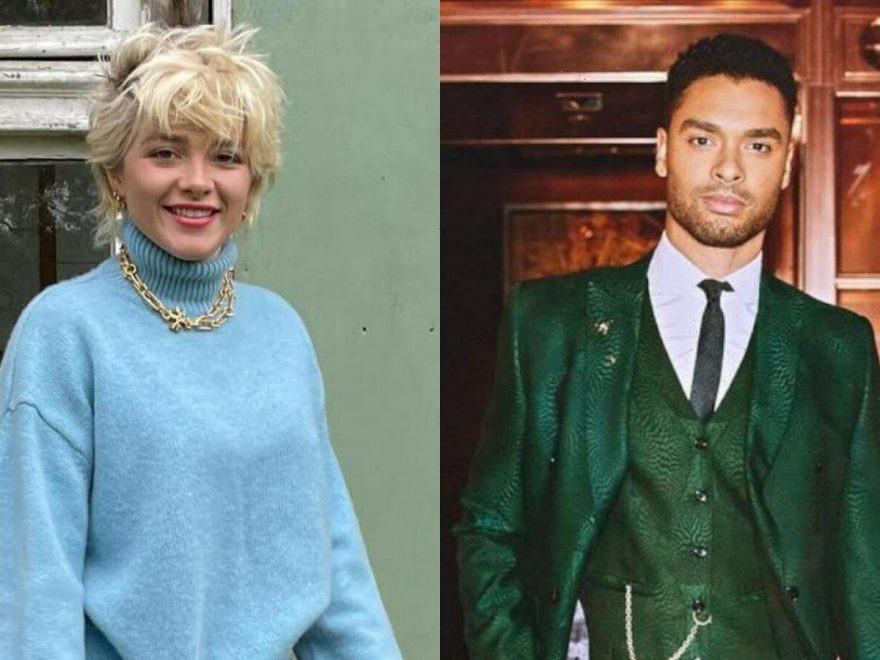 Taking to his social media platform, the ‘Bridgerton’ star is showing some support to the ‘Black Widow’ actress after she slams haters who tried to ‘destroy’ her body image with negative comments.

AceShowbiz –Rege-Jean Page is defending Florence Pugh after she was bodyshamed. Making use of his social media platform, the “Bridgerton” star called out the bodyshamers.

After Florence blasted “vulgar” men for trying to “destroy” her body image with negative comments because she wore a hot pink see-through Valentino Haute Couture gown to the Italian fashion house’s Autumn/Winter 2022 show in Rome last week, Page took to Instagram to defend the actress.

Resharing Pugh’s message alongside a clapping emoji, Page, 34, wrote, “When the boys are out of line, have a word. Take a look at yourself fellas. Then take a look at your mates and step up when it’s time to step up.”

“The weird thing about misogyny is men actually listen to other men, so do your bit, cos the next few years in particular are gonna be a really good time to listen, and take some responsibility, for everyone’s sake,” Page added.

Rege-Jean Page defended Florence Pugh after she was bodyshamed.

In her original Instagram message, Florence, 24, called it “interesting” to see men on the internet take such joy in slagging off her body publicly. She wrote, “What’s been interesting to watch and witness is just how easy it is for men to totally destroy a woman’s body, publicly, proudly, for everyone to see.”

“It isn’t the first time and certainly won’t be the last time a woman will hear what’s wrong with her body by a crowd of strangers, what’s worrying is just how vulgar some of you men can be,” she continued.

The “Little Women (2019)” star has “come to terms with the intricacies of” of her body and has learnt to “accept” the imperfections others highlighted so doesn’t care about being “so ‘flat chested.’ “

Florence went on, “So many of you wanted to aggressively let me know how disappointed you were by my ‘tiny t***’, or how I should be embarrassed by being so ‘flat chested’. I’ve lived in my body for a long time. I’m fully aware of my breast size and am not scared of it.”

“We were raised to find power in the creases of our body, to be loud about being comfortable,” Florence stressed. “It has always been my mission in this industry to say ‘f*** it and f*** that’ whenever anyone expects my body to morph into an opinion of what’s hot or sexually attractive.”