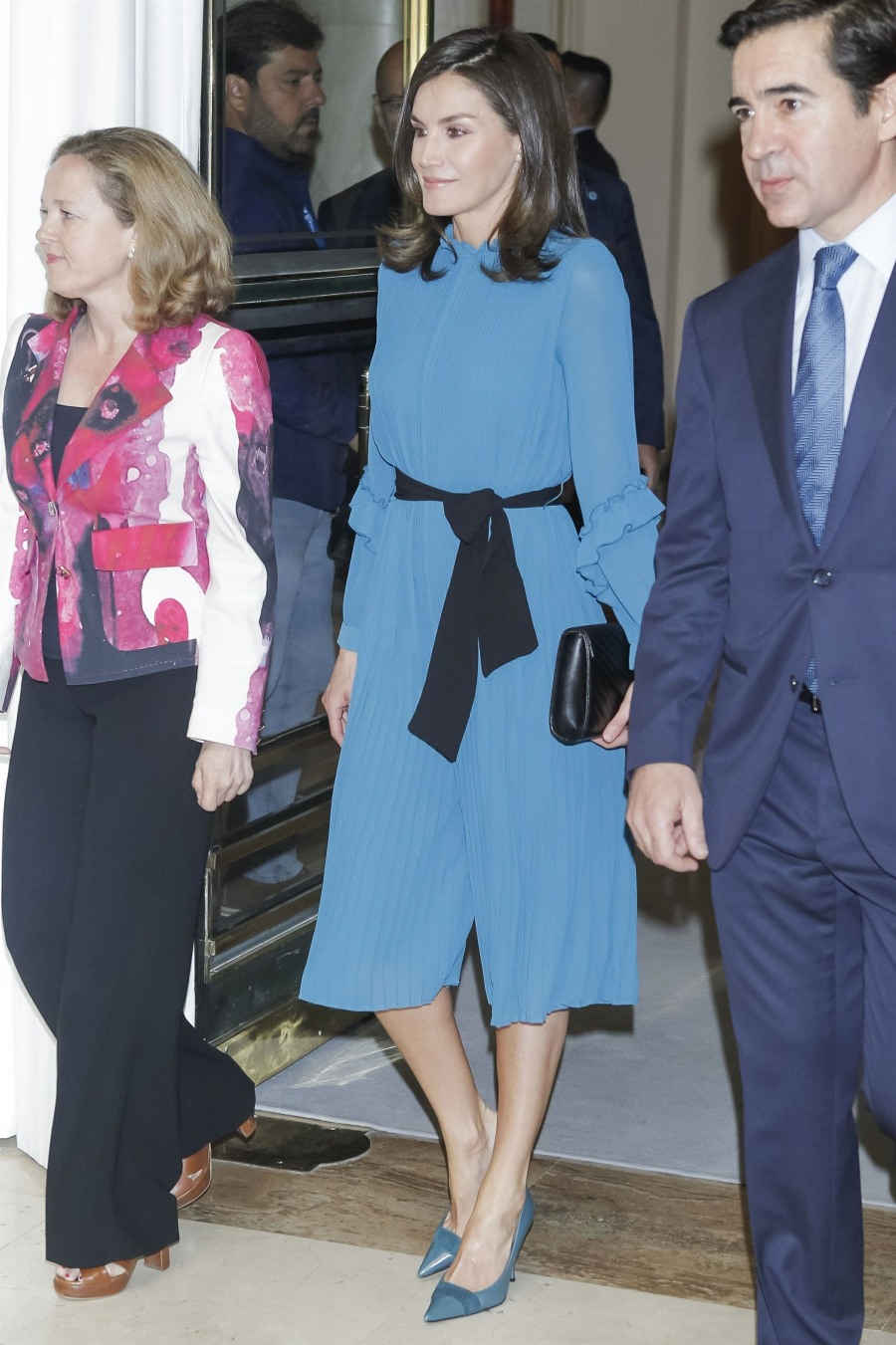 I enjoy checking in on Spain’s Queen Letizia every now and then for some fashion photos. The Spanish Queen is usually pretty busy these days, and she racks up several big appearances every week, it feels like. I wouldn’t say that she’s the most fashion-forward royal woman we cover, but the nature of the royal job is to err on the conservative, professional-looking side, and Letizia usually has that covered. Except I hate her look today.

Apparently, this Zara thing isn’t even a new-to-us look, it’s a repeat. And it’s a cheap repeat at that. This retails for £10! Which you might think, “hey, for about $15, I would wear that.” But that’s because you think it’s a dress. It’s not. It’s a onesie-jumpsuit with knee-length blousy shorts. And the ruffles on the sleeve are absolutely murdering my soul. This is so ugly and cheap-looking. I appreciate that she mixes and matches designer looks and cheap mass market stuff, but this is such a giant NO. 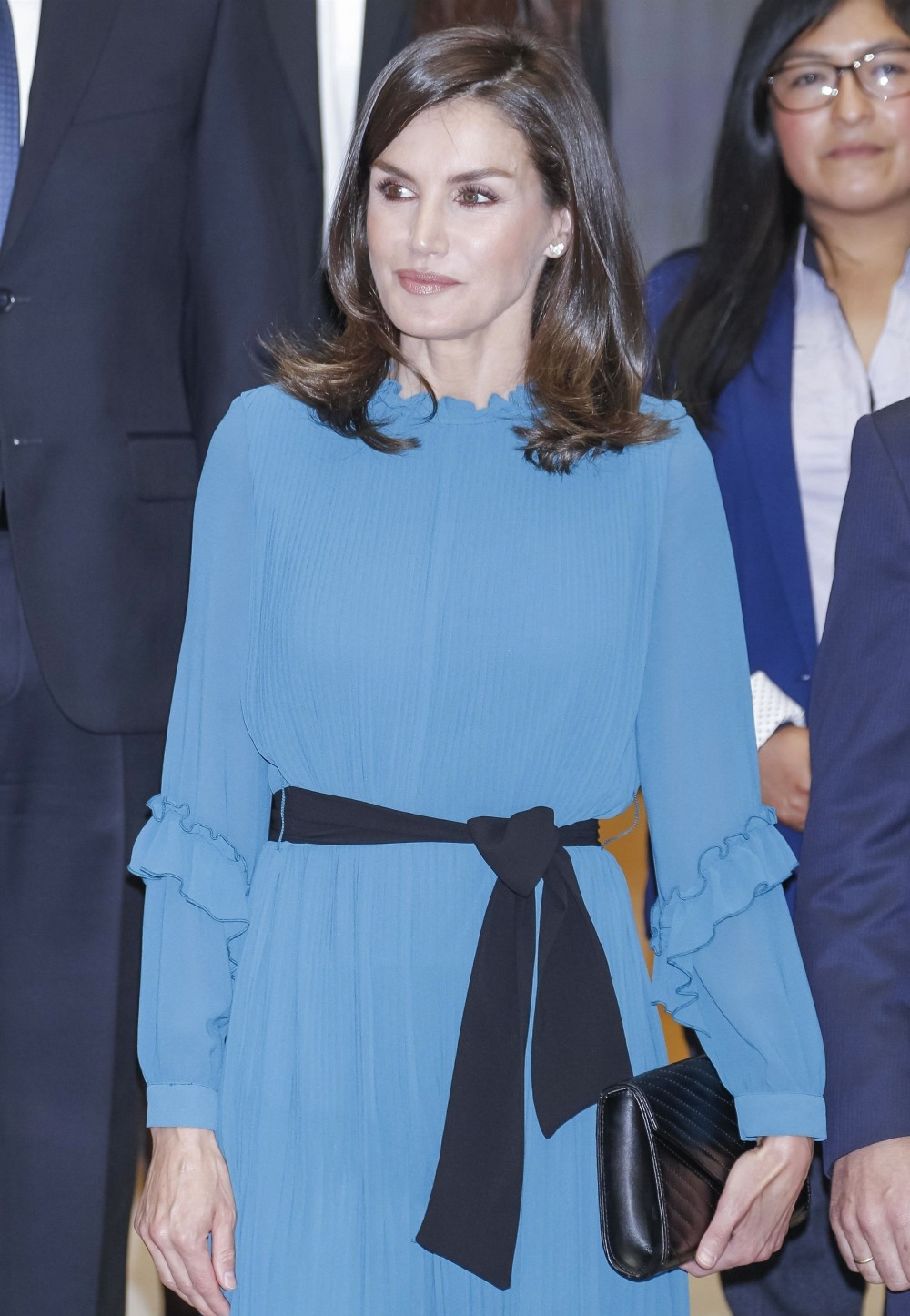 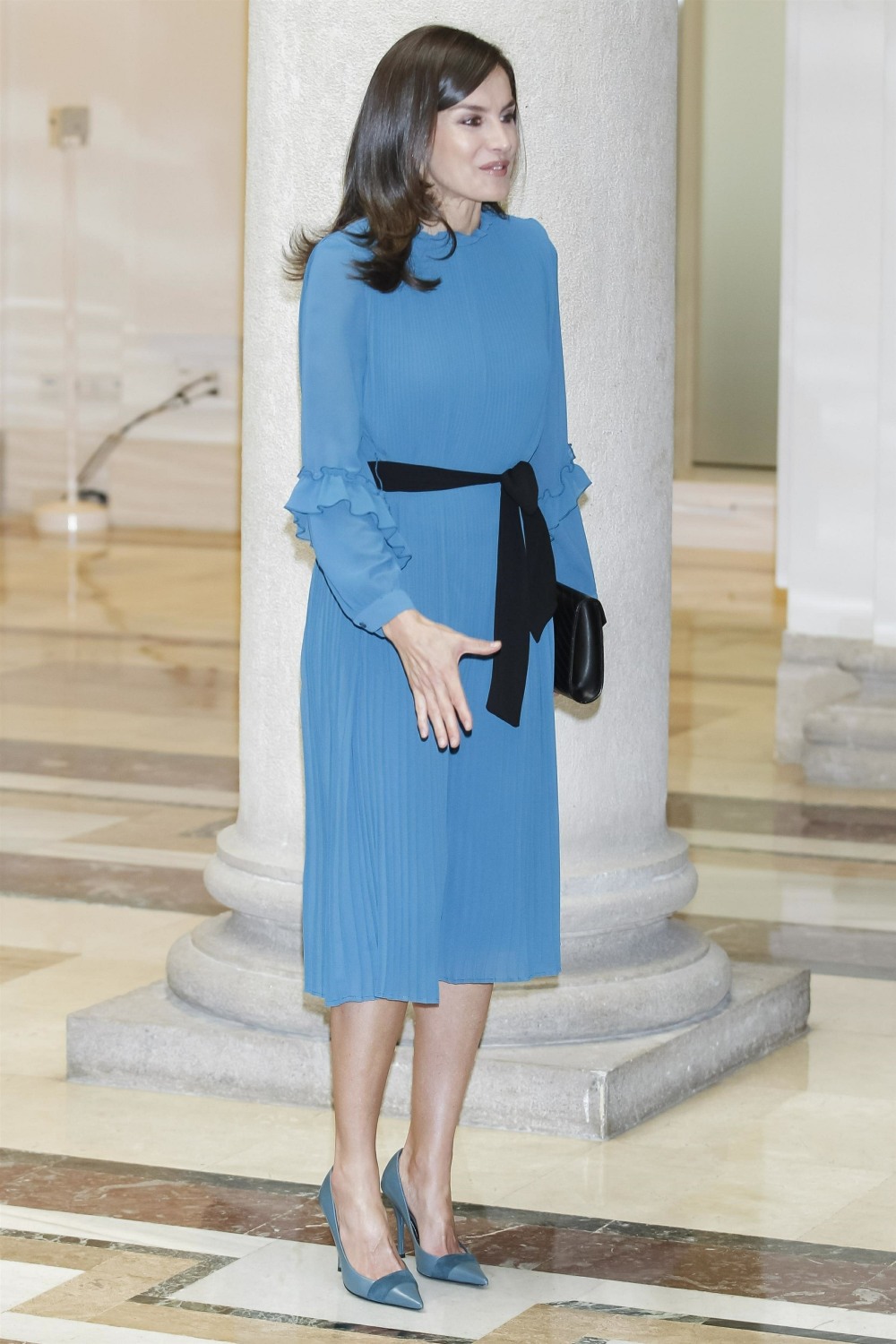 Another look from Letizia this week: she stepped out on Monday in this Sandro frock which I find too busy, but it looks very “royal.” It looks like something the Duchess of Cambridge would wear, right? And Princess Victoria of Sweden already wore it. 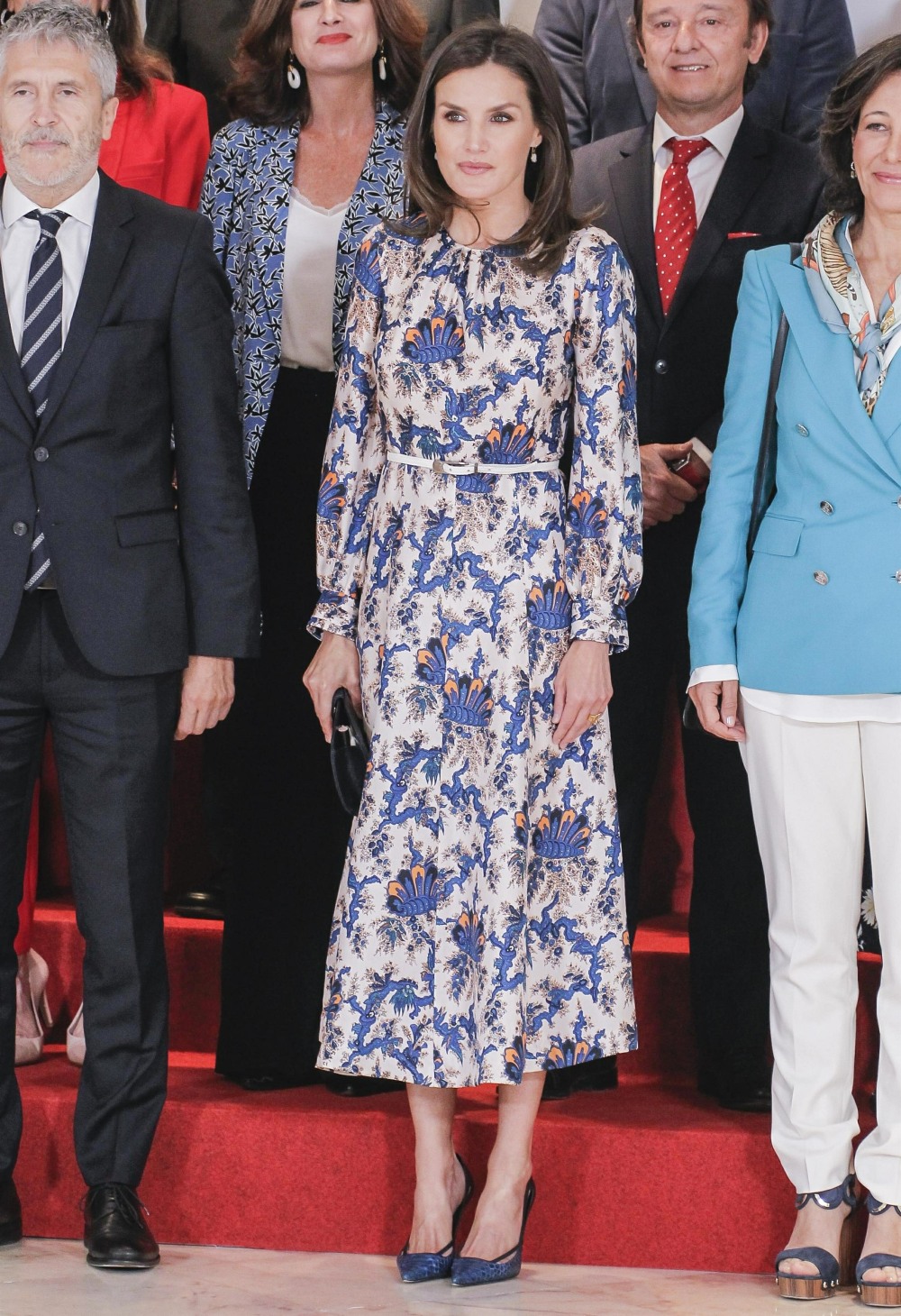